The Leeds economy is the fastest-growing outside London, while its digital scene includes thriving companies such as Sky Betting & Gaming, Rockstar Games, Datashed and Synap 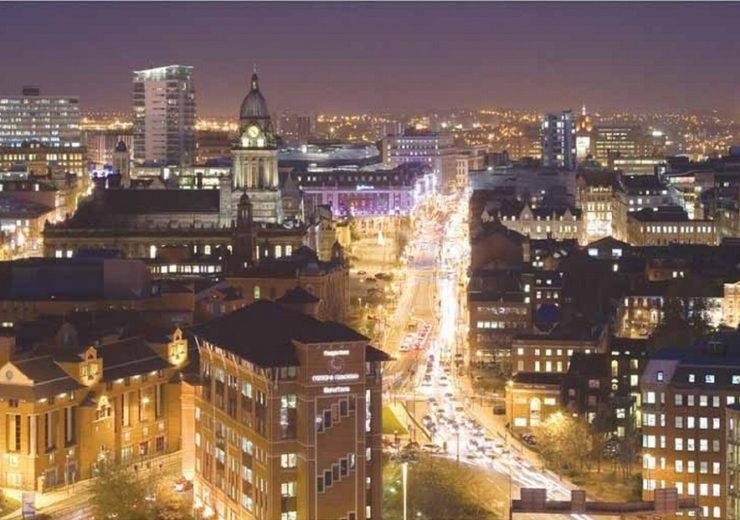 As the Leeds Digital Festival enters its second week, Sam Forsdick takes a look at the factors that make the Yorkshire city one of the UK’s best technology hubs

For fledgling technology companies, the draw of London can be hard to resist with its easy access to talent, funding and infrastructure.

But for those willing to look a little further north, Leeds can be a city where funding goes further and has several success stories proving the city’s digital scene is thriving.

The Leeds technology industry is one of the fastest growing in the country, having grown by 31% in the past six years and is worth £6.6bn to the local economy – which is itself the fastest-growing outside London.

In the wider Leeds City Region – which includes towns like Wakefield and Harrogate, alongside the cities of York and Bradford – the creative and digital sector employs 102,000 people across 12,300 businesses.

Young start-ups, such as digital consultancy Datashed and edtech company Synap, are part of this recent surge.

Meanwhile, Sky Betting & Gaming and Rockstar Games – which has had an office in the city since 2004 – prove it’s possible to scale-up an international business from Leeds.

“There’s a really active community across a range of technical disciplines in Leeds and everyone is happy to share knowledge and experience.”

What make Leeds a great city for digital talent?

When asking people from the area what makes the Leeds technology scene unique, one recurring theme emerges – quality of life.

“It is a vibrant place and more people are realising it’s a great place to be,” says Andrew Wright, chairman of the Leeds City Region Enterprise Partnership (LEP) for business innovation and growth.

“You can live in downtown Leeds if you want the benefits of city life and it’s well connected to the other cities in the North.

“But, if you like mountains and beautiful countryside, then that’s on your doorstep too.”

Michael also attests to the city being a great place to work and has never been tempted to move back to London, despite growing up there.

“Leeds is a really nice city and that’s not just a personal opinion because people who come here from our other offices always remark on what a pleasant city Leeds is,” he adds.

Sky Betting & Gaming, born out of telecommunications company Sky in 2002 but sold to Canadian gaming firm The Stars Group for £3.4bn last year, has set its ambitions on becoming the “UK’s best digital business” and retains close ties to the city in which it’s based.

Why Leeds is a ‘great location for innovation’

But having a nice city is not enough – tech companies succeed or fail on their ability to attract talent.

“This is a world where the main constraint on digital businesses is people and making sure you employ people of the right talent and skill level,” says Mr Wright.

“Leeds is already a real powerhouse for that, meaning that it will draw in more businesses like a magnet.”

The “magnet” in question is the University of Leeds, whose School of Computing regularly ranks as one of the best in the country, providing a constant stream of tech talent.

Mr Wright adds: “Yorkshire is a great location for innovation in general.

“We’ve got eight of the top academic institutions in the country and it’s got many forward-looking energetic young people.”

Mr Maibaum agrees and says: “There is a lot of opportunity in the North of England and a lot of great universities to recruit from.

“Many of them have graduates that might not want to move to London and prefer quality of life here.”

Synap, an edtech start-up founded in June 2015 that helps students studying for exams, has an even closer relationship to the region’s universities.

James Gupta and Omair Vaiyani came up with the idea for Synap while studying for their medical degrees at the University of Leeds.

The web platform and app helps to recommend revision material based on students’ performance in practice quizzes.

It claims that people who use Synap for 15 minutes a day can increase their grades from a C to an A.

By the time the pair graduated in 2017, Synap had about one in four UK medical students using the platform to prepare for their exams.

From there, Mr Gupta and Mr Vaiyani decided to move onto the project full-time with the plan of scaling up and expanding into law and accounting, as well as other professional academic fields.

Mr Gupta says: “We were at Leeds University when we started, which dictated where we set up, but when we graduated it was more of an explicit decision to stay here – it wasn’t just because we were already based in Leeds.

“We looked at other locations like Manchester and London but didn’t see a huge need to move there.

“You have a constant stream of talent coming through the universities near Leeds and they are doing a lot of research into machine learning – which is great for our recruitment.

“Then in terms of the city itself, it doesn’t take long to become integrated in the tech community here because it’s so small and fast-growing.

“In the future, we may open up other satellite offices around the world but the main base of operations will stay in Leeds – it’s a great place to be.”

How the Leeds Digital Festival helps to bring tech talent together

For Stuart Clarke, founder of Leeds Digital Festival, there’s a simple formula for start-ups weighing up the benefits of being based in Leeds or London.

“Office accommodation is about a third of the price in Leeds,” he says.

“Come to Leeds and your money goes further, the quality of life is better and you’re only two hours away from London on the train if you need to meet with clients or funders.”

Mr Clarke set up the Leeds Digital Festival four years ago following a discussion about Leeds’ digital and technology scene over a few pints in the pub.

“Leeds didn’t shout about its innovative companies or the talent it has in the digital and tech sector enough,” says Stuart.

“The festival is a celebration of what we have in the city but also encourages collaboration helping to build a stronger tech ecosystem.”

Mr Maibaum believes the festival is a “great opportunity to learn from other people as well as a place to share what we’re doing”.

During the event, companies that would normally be competitors, come together to host events and share ideas in anything from artificial intelligence and voice search to supporting “Yorkshire’s next unicorns” and scaling up start-ups.

“Leeds has a really good tech scene,” adds Mr Maibaum. “There are a lot of small meet-ups and many of the bigger companies sponsor start-ups.

“As a result, there’s a really active community across a range of technical disciplines and everyone is happy to share knowledge and experience.”

Although many people have high hopes for the future of Leeds’ tech scene, there is one issue that unifies them.

“One thing that would really help is decent transport,” says Mr Clarke.

“The distance between Leeds and Manchester city centre is shorter than the length the Central Line (44.8 miles vs 46 miles), but it can take over an hour to get between them.

“If we had a fast train connection, it would bring a real boost to the economy and people could more easily work in one city and live in the other.”

Mr Wright adds: “Improving transport links is important. We’re one of the only UK cities that doesn’t have a tram service at the moment but that’s something the LEP is looking to address.

“There’s also the plans for HS2, which comes with the redevelopment of the south side of the city and will bring more investment to Leeds.”

HS2 is planned to bring a new £500m railway station in 2032 connecting with London in one hour and 23 minutes – 49 minutes quicker.

Alongside the recent decision from Channel 4 to relocate its headquarters to the city – similar to the BBC’s move to Salford before it – it appears the Leeds digital tech sector is in a prime position to continue growing.

Mr Clarke adds: “Channel 4 is obviously great for the city and it made a lot of people look up to Leeds.

“It’s put a spotlight on many of the companies and organisations that we already have here so it’s been a great boost.

“We need to keep shouting about the talent we’ve got and draw more companies in, as well as helping the home-grown ones to grow.”