Leatherhead Football Club, playing six divisions below the English Premier League, used AI programme IBM Watson to turn around a season in which it faced relegation 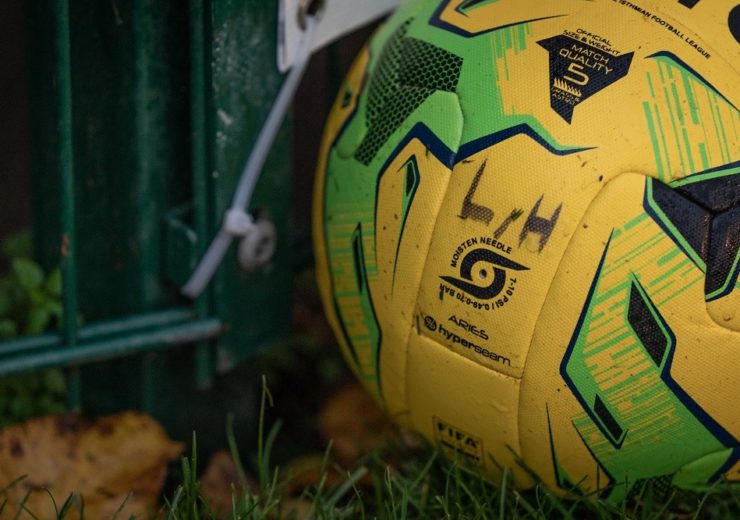 From Hawk-Eye to video assistant referees (VAR), technology is having an increasingly bigger influence on football – and AI looks set to be the next big disruptor.

While many of the top clubs have used databases to analyse performances, opponents and potential new signings for numerous years now, a team plying its trade six divisions below the English Premier League has showcased how it could use this information more intelligently to have the edge in a sport that often bangs the drum for securing fine margins.

Leatherhead FC has worked with IBM this season to test the tech giant’s Watson system – which uses natural language processing, a form of artificial intelligence, to provide data in a question-and-answer format.

Manager Nikki Bull and his assistant manager Martin McCarthy have used the technology to identify the best playing styles, formations and weaknesses, while boosting relationships with players by having solid evidence to back-up observations on ways they can improve their game.

Martin says: “It was a helpful tool for us because, financially, we couldn’t compete with certain other clubs at our level.

“It was very beneficial in both our personal usage and from the team’s point of view. We used it for training sessions, to analyse previous performances and look at how we could improve future performances.

“You need that 0.001% increment in everything you do and if you’re ambitious, you’re never going to refuse something that can help you with those fine margins.

“When building relationships with the players, it took the emotion completely out of it by presenting us with cold, hard facts.

“The data could be the difference between success and failure.”

After a number of managerial changes in recent years, their predecessors had left at the end of the previous season, taking all but two of their players with them.

After seven games, the team – made up of semi-professional footballers with jobs as car salesmen, shop assistants and delivery drivers – was second bottom in the league and facing a long relegation battle.

Several of the players signed in the summer were released and replaced, but the side also had a few “rough diamonds” Nikki and Martin felt could be carefully nurtured to improve their performances and, ultimately, the team’s fortunes.

Prior to the duo joining, IBM had approached club executives to offer Leatherhead the chance to experiment with its Watson software.

The technology had been used in sports such as tennis, golf and basketball – including by NBA outfit Toronto Raptors – but the company’s partnership with the Surrey-based side, launched in September 2018, was the first use case in football.

How does IBM Watson work?

IBM Watson is an AI-based software suite that provides intelligent data insights with the aim of freeing up staff from repetitive tasks.

The system is capable of answering questions posed in natural language via speech or text, and can learn new terminology.

Its first commercial application, announced in 2013, was in helping doctors make decisions on lung cancer treatment in a New York City care centre, while the technology has since been used to increase workplace productivity, create customer service chatbots and search complex documents such as contracts.

He says: “You teach Watson examples of real-world scenarios, which in our case is based around football.

“It learns patterns of time, and gives models and predictions. We can identify weaknesses that Leatherhead has and work towards strengths as well.”

Leatherhead’s managerial duo Nikki and Martin – who, like the players, also have full-time jobs –integrated the AI software into their routine activities at the football club.

No steep learning curve was required and they were effectively left to their own devices to work out how to use it best for their needs by asking for particular insights and video clips.

This could include the number of shots by a particular player in one half of a game, in which area the team wins or gives away the most fouls, or the formations that generate the most shots on goal and shots against them.

For example, if the Leatherhead coaches wanted to review the shots taken in a game against Bognor Regis, they could simply type “show our shots against Bognor” and Watson’s natural language processing technology would then provide them access to all the relevant video clips alongside insightful analysis.

Nikki says: “We wanted to improve and develop the players, and see if we could do something a little bit different at our club to other clubs.

“Without this tool, we wouldn’t have been able to show our players what we wanted from them – we’d just have been telling them.”

One of the main beneficiaries of AI technology was 23-year-old winger Travis Gregory, a former Chelsea trainee who had struggled for form.

By using Watson to identify when were the best times for him to dribble and when to pass – and what the best types of passes were – he improved his game significantly to make a key contribution to an upturn in the team’s form and attract interest from rival clubs.

The software also identified attacking set-pieces as an area of weakness. It prompted the coaches to put Gregory on duties and led to Leatherhead scoring from their first corner shortly afterwards.

How football clubs can use AI to scout opponents

Clubs in the elite leagues have the luxury of deploying an army of scouts to watch upcoming opponents’ matches and unearth potential new talent.

They also have access to comprehensive databases such as Wyscout, an Italian-made platform that analyses teams, matches and players from across the world.

No such privileges are available to semi-professional outfits with limited funds, however, meaning they often go into games with relatively little information about their opponent.

This season, Leatherhead has been able to buck that trend by using Watson, which is able to explore match reports and social feeds to gather information and analyse the opposition to provide a detailed view of how they play – including pinpointing influential players, tactics and the balance between left and right wing.

“If Leatherhead were playing Bognor Regis, it would read match reports and tweets so it can understand what’s happened in the game.

“It might identify that this particular player is mentioned ten times in either a negative or positive light, or how often they’re having a shot on target.”

Ahead of a game against Hitchin Town in the FA Cup fourth qualifying round, Nikki and Martin used the software to identify a weakness in the Tanners’ left-back position.

This coincided with scouting reports that highlighted how Hitchin players tended to go down very easily in the opposition penalty area.

These insights came true in the game when Leatherhead’s left-back gave away a penalty that their opponents scored from – putting the Tanners out of the FA Cup.

Do football and AI go together?

Martin admits to be initially sceptical about introducing AI in football but as he got to grips with the technology, found it a valuable asset.

He says: “When we weren’t really using it properly, we looked at it and wondered what leverage this was really giving us.

“But when we used it consistently, we began to rely on it. We’d watch a game and then 24 hours later, would re-watch it and particularly key moments.

“It was a reassurance on what we’d thought we’d seen the first time as we had statistical information to back it up.

“It meant there was no place to hide for players.”

The results spoke for themselves, as Leatherhead climbed from 21st to eighth in the table, rounding off the season with a 4-0 win away to Kingstonian FC last Saturday and narrowly missing out on the play-offs.

Martin now admits he would look differently upon a player unwilling to use any technology that could help in even the smallest way.

“It was certainly a help,” he adds. “I don’t want to say it made us finish any higher or lower, but it really helped us in our player relationships.

“I was a player once and when a new manager comes in and says ‘you’re not good enough at this’, how he says it is so important and there are some who might not respect criticism.

“But after the last game, the players applauded us and that was helped by Watson. That’s the success it gave us.

“It’s a great correlation between human interaction and AI because it allowed us to sit down and build strong relationships with guys we didn’t know in the first game.”

For IBM’s Joe, it’s important to recognise the human influence that is pivotal to making the AI work best.

Not only does the technology need to be programmed with the correct terminology by someone with football expertise, but he believes it acts as a useful assistant rather than taking over any significant coaching duties.

“We’re not trying to replace coaches because Nikki and Martin know a lot more about football than anyone from the technology side,” says Joe.

“We’re trying to use AI to give the tools that help them with their day-to-day jobs.

“They had a way of playing at the beginning where they were trying to enforce a short passing game.

“That wasn’t working and they could very easily have gone to long ball instead. But we could show that actually they were getting more chances with a short passing game and by sticking to their guns, they were eventually able to get the results.

“So Watson can be a comfort for them. It’s so easy to use it and it gives them a sanity check that allows them to carry on doing what their instincts are telling them.”

Future of AI in football

One of the main areas of growth for AI in sport more widely is in broadcasting, where it can help TV crews pick out highlights reels much quicker than it takes now.

But Joe says IBM still has other pieces of AI it could add to Watson that would benefit football clubs, too, as the technology can continue to learn more contextual information in order to offer further insights.

Although many elite clubs will employ data analysts and similar roles, not many of them use AI to help condense many hours of footage into several minutes for easy consumption when preparing for matches.

“Many sports have taken lots of data for things like running, heart rate and sleep,” adds Joe. “But if you’re playing three games a week, you have two or three days to prepare, which isn’t enough time.

“So the idea of introducing Watson to give them easier access to that data, and make it easier to understand, is definitely something we think would be useful.

“The likelihood is you will be able to tell which team is using technology and which isn’t in the future because the team that uses it will probably win.”