Toby Carroll has created a new digital healthcare system called Kinect Hub that he hopes will be able to solve some of the biggest health issues facing developing countries, as he explains to Dan Robinson 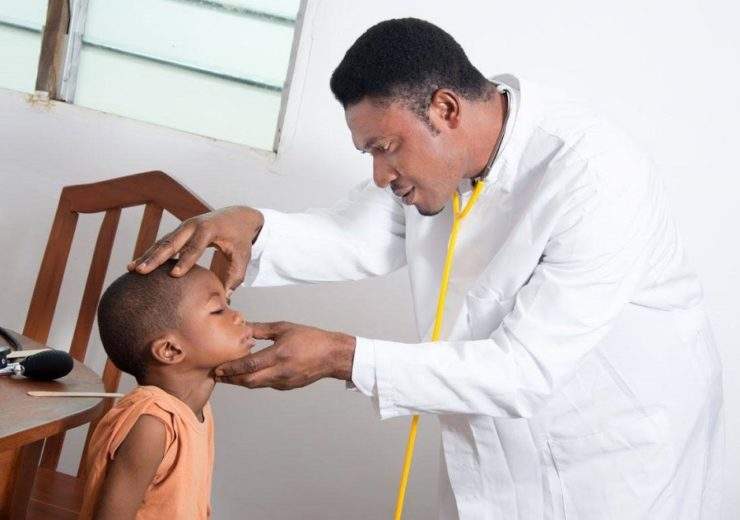 By using blockchain technology in healthcare, it can track the medicine supply chain, personal medical records and donations to avoid corruption and loss of vital patient information

Set up by investment banker Toby Carroll, it also incentivises patients to attend health appointments by paying them

Africa’s struggles with healthcare are well-documented, yet ironically it’s a paper-based record-keeping system where much of the problem lies.

By denying the ability to track medicines and charitable donations, fake medicines find their way into clinics and the real life-saving drugs are sold on the black market.

This is an issue that just won’t seem to go away and is a key reason why the World Health Organization says more than 90% of the world’s estimated 300 million to 500 million annual malaria cases occur in Africans, while the continent also has 60% of the people living with HIV and AIDS – despite only accounting for 11% of the global population.

But maybe there is light at the end of the tunnel, after all, due to blockchain technology being used in healthcare by an Australian investment banker who has developed a project he admits is “by far the most profound and beneficial” he has ever worked on.

Toby Carroll’s cloud-based Kinect Hub platform acts as an electronic healthcare record that captures medical treatment and outcomes, provides private and institutional donors with real-time data on how their funding is used, and a reward system for patients who attend medical appointments.

Why digital healthcare is needed in Africa

“The health burden in these countries is horrific,” says Toby, who is executive chairman at Kinect, the London-headquartered company that was set up two years ago and developed the technology.

“The misery it causes there isn’t a pleasant thing to see when you’re on the ground, but this technology can genuinely change all that in a manner it never has been able to before.

“If the money is going to the right places, the record-keeping is consistent and people are incentivised to act appropriately, this disease burden would have been going down already.

“It’s definitely going to have the most profound impact of anything I’ve ever worked on in these emerging markets.”

Toby says: “It’s very inefficient so it leads to medicine being wasted and a lot of duplication.

“A patient comes into a clinic one week and then has the same thing the following week, but there’s no real data coming out of these systems that’s reaching the ministries of health or pharma companies. When it does, it’s generally nine months out of date.

“There’s also a lot of misappropriation. A significant proportion of medicine doesn’t reach its intended destination because of poor supply chain tracking and inefficiencies of distribution.

“Instead, it ends up on the black market, while counterfeit medicine is being counted as genuine medicine in its place.”

Another of the major barriers to improving healthcare in Africa is corruption.

Billions is poured into the continent through donations from charities like the Bill & Melinda Gates Foundation, which will spend $5bn (£3.9bn) in Africa to support health and anti-poverty projects between 2016 and 2021.

G7 countries and the Global Fund to Fight AIDS, Tuberculosis and Malaria are also big contributors.

But it’s difficult for international donors to track what happens to their money or understand what outcome their funding leads to, with much of the aid money ending up in the wrong hands.

“They really struggle to accurately understand where all that money goes,” admits Toby.

“They don’t have the information they need to understand whether it’s been allocated in the right places or how effective their input is.”

What is Kinect Hub and why does it use blockchain technology in healthcare?

Kinect was founded in 2015 by Toby, who has worked in investment banking and private equity at the likes of HSBC and Morgan Stanley for the past 20 years – including about 13 years specialising in emerging markets.

He came up with the idea alongside a friend who had created a $2m (£1.6m) electronic healthcare system used by 14 clinics in Australia.

They looked at how it could be used in emerging markets and identified Africa as having a particular need for something like this.

Partners were brought in and it was integrated with blockchain technology to create the Kinect Hub in 2016.

The digital healthcare platform aims to provide trusted transactions to clamp down on corruption and assist the developing world with improved health and wellbeing.

The innate capacity of blockchain for security and privacy makes it an ideal fit for tracking the entire healthcare supply chain, believes Toby.

The middle man is removed from transactions and transparency ensures accountability.

“You can’t lie about a transaction on a blockchain so it’s a lot harder for fraudulent behaviour, which is a big issue in Africa,” explains Toby.

“We’ve used blockchain to make sure there can’t be any misappropriation of funds or medicine ending up on the black market.

“Another thing it does is put the patients in control of their own data.”

He’s spent three years travelling across the continent to pitch the Kinect Hub concept to their ministries of health.

The company is now working with countries including Sudan and Tanzania, while further afield it’s also set up partnerships in India, Mexico and the Democratic Republic of the Congo.

More will follow, particularly in Africa where more than seven in ten people in Africa use a smartphone, according to Toby, while mobile payments are popular due to a lack of access to debit and credit cards with banks.

“Lots of people in Africa are accustomed to using their phones to pay for things so that’s one of the reasons this can be rolled out aggressively across most parts of Africa,” he adds.

Another key issue Toby – who spent three years in Africa “getting his hands dirty” – identified is that many patients don’t show up for their scheduled appointments to get treatment for life-threatening diseases like HIV, AIDS and tuberculosis (TB).

He says: “TB treatment is a nine-month programme so all the money is wasted if they miss an appointment.

“It might be because they have to walk ten miles or further in each direction to receive a treatment.

“If someone earns a dollar a day – or less – and have families to feed, they couldn’t just take a day off to visit a clinic.

“But many of those patients end up dying because they don’t complete their treatment.”

Financed through selling anonymised and aggregated patient data to pharmaceutical companies, the digital healthcare platform can now pay patients just to turn up for their appointments – avoiding wasted costs while improving health and wellbeing at the same time.

This will be a tonic for the pharma industry, which doesn’t spend much on research and development in emerging markets because of a lack of access to real-time information.

“This wouldn’t be possible without blockchain because what it enables us to do is create an eco-system in which data isn’t centralised,” says Toby, who plans to launch a Kinect cryptocurrency by the end of the year.

“A patient goes into a clinic and a patient record is created. They’re then paid in the form of crypto tokens that work on payment cards and can be converted to a normal currency, just for turning up, if they’re happy for their data to be used.

“The doctors and nurses are able to use the records to deliver the best healthcare results, and the donors can see all this in an aggregated level real-time so they know the outcomes their money is achieving.

“We deliver this all at no cost to the health professionals, facilities and governments because it’s enabled by utilising information that’s available in a way that ensures complete privacy.”

Kinect has grown quickly over the past three years, with 18 staff spread across offices in London, Sydney, New York and Geneva.

“It’s got enormous potential,” says Toby. “The issues are immense and there’s been billions of dollars per annum going into Africa to address these issues for a couple of decades, but with minimal results.

“Addressing these problems has been a major issue. But Kinect Hub takes a holistic approach and, enabled by new technology, can genuinely eliminate many of these issues by design.

“By incentivising people to do the right thing and address their poverty, we can make sure people get treated better.

“We can expand very quickly. Even if we address 2% of the population of Africa, it has a profound impact.”