Europe ‘ahead of the curve in IoT’, says InfluxData as it opens London office 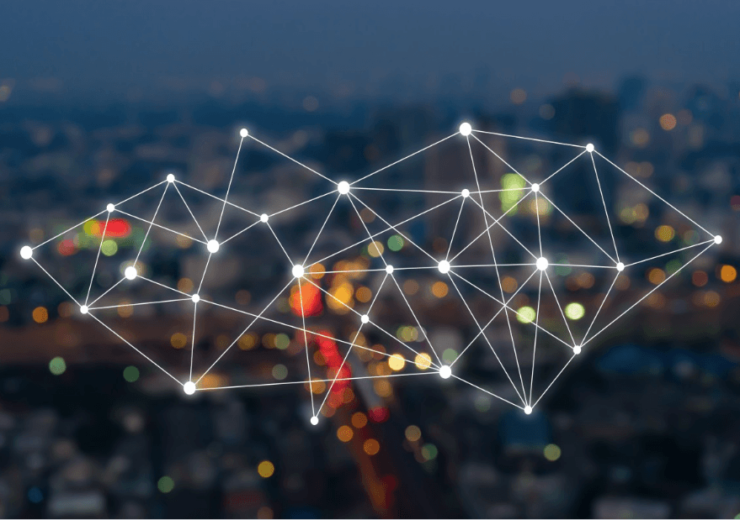 InfluxData software has been used for a huge variety of applications, from monitoring barbecues to tackling the data difficulties of CERN’s Large Hadron Collider. Vice president of product Tim Hall spoke to Sam Forsdick following the opening of the company’s first European offices in London.

Organisations across the world are data hungry. Approximately 2.5 quintillion bytes of data are produced globally every day.

In the US alone, Americans use 2.65 million gigabytes of internet data every minute.

This huge appetite for intelligence is only growing, with 90% of all data created in the past two years. The big question remains though, what should we do with it?

InfluxData, a San Francisco-based tech company formed out of the America Y Combinator start-up accelerator, has carved a niche in collecting and presenting time-stamped data points.

This type of data sits on a timeline and is produced by IoT devices from smart aquariums to autonomous vehicles.

InfluxData vice president of product Tim Hall has found increasing amounts of data processed by his company is coming from Europe.

“We’re continuing to find strong adoption for our technology here in Europe and over the last year it has become the largest open source user of our tech — even eclipsing usage in the US,” he says.

“We have over 250,000 daily active instances of InfluxDB running worldwide.

“In the last year, we’ve seen a real rise in adoption in Germany, and the UK comes second in terms of European consumption.”

The large volume of time-stamped data created by IoT devices is best suited to time-series databases, such as the one produced by InfluxData.

The open-source nature of the software means the company isn’t always aware of how its technology is being used and some of the applications Hall stumbled across have caught him off guard.

“Our data collection programme Telegraf was launched with six plugins and there are now over 200,” says Hall.

“There’s a plugin for something called Neptune, which is an aquarium system.

“It monitors the temperature, salinity, pH, all the things you need if you want your fish to live.”

“If you want to smoke your meats and have a constant temperature over hours and hours, the fire board will actually emit that data and Telegraf will pick it up.

“It means that you don’t have to be standing next to the BBQ, you could be in your house and still see what’s going on with your meat.”

Despite the hobbyist nature of some of the uses, Hall still regards the small innovations in InfluxData’s technology as a success.

“Even if they start with some of these more casual use cases, if they’re successful with it at home they’re more likely to take it to their work,” he says.

“Most open source products are only going to monetise 2% of the community.

“If you want to monitor your aquarium knock yourself out, I have no interest in monetising that.

“If you want the company to continue to grow, you need to continually build the community and attract people to it.”

In the commercial setting, InfluxData has been used to monitor the telematics systems of Tesla cars, the performance of the largest wind farm in the Nordics and the server performance of Zenimax’s videogames — which includes the popular Fallout and Elder Scrolls series.

CERN’s Large Hadron Collider research centre is using InfluxData to monitor the distribution of its data into its global storage network, which spans 170 computing centres across 42 countries.

Hall adds: “Their challenge is that the collider is throwing off so much data on a regular basis that it can’t be stored in one place, so they have a global storage network that they continue to pour data into.

“They needed a system that could monitor all of the data pipelines, and the transmission of the data from the instrument to the locations, as the world is turning so that they can continue to bring more and more storage online to land all this data.

“CERN is using flux to monitor the transmission of that data from the instrument to the storage location and make sure all the parts of that are healthy and available.”

Europe ahead of IoT curve

InfluxData has experienced unprecedented demand from Europe for its time-series databases, which are designed to handle the information collected by IoT devices in real time.

Hall says the company is finding strong adoption for its technology in Europe, and over the past year it has become the largest open source user of its tech — eclipsing usage in the US.

The company opened its first London office last week in order to meet the demand, giving the business its first permanent European presence.

Although US companies are often considered early adopters of new technology, IoT is one field where Europe is “ahead of the curve”, according to Hall.

He says: “We’re seeing a lot of innovation on IoT in Europe.

“Normally you think of the US being an early adopter of technology, while Europe tends to be very process oriented and somewhat cautious in terms of selecting new technologies and making use of them.”

A drive to automate business processes is one of the reasons behind this trend, while a commitment to save energy and the environment has also helped with IoT uptake in areas such as predictive maintenance.

“Automation is key and I think [Europe is] further ahead from that perspective,” adds Hall.

“People often talk about IoT maturing slowly, but the thing is, the world’s a big place and IoT requires sensors out in the real world.”

InfluxData will be hoping that this is one tech trend that continues.