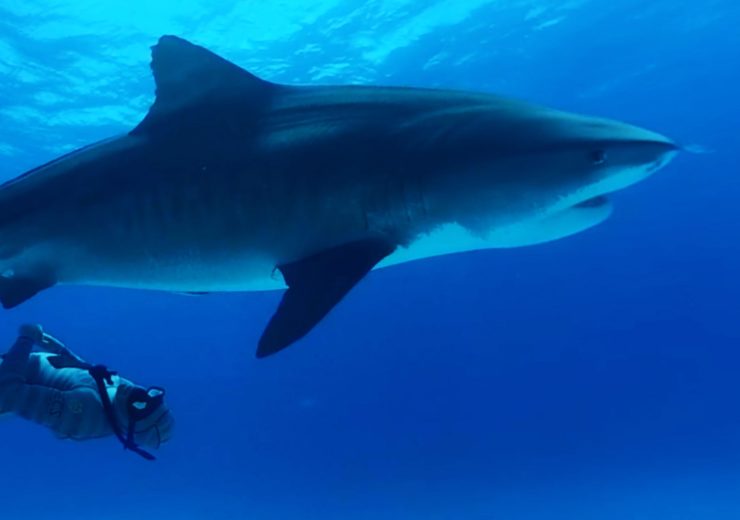 UK VR start-up Immotion braved shark-infested waters to become the first company to successfully tag one of the animals with a Virtual Reality (VR) camera.

The Manchester-based outfit hopes the unique perspective its VR film offers will inspire conservation efforts, as well as giving researchers new insights on the personality and habits of the species.

Immotion Group commercial director Rod Findley said: “The experience makes full use of the visual, sound and motion capabilities of our VR cinematic motion pods to deliver something ground-breaking and memorable that will enhance the conservation efforts to protect these creatures.

“Using VR technology to study the movement and behaviour of these sharks can play a crucial part in educating people to gain a better understanding of the species, and the vital role they play in preserving the marine ecosystem.”

Footage from hammerhead and tiger sharks was collected during filming at Tiger Beach in the Bahamas.

What did the shark VR project reveal?

Attaching a VR camera to the sharks allowed Immotion to make several discoveries about how the animals live.

The positioning of a hammerhead shark’s eyes allow it a 360-degree view of its environment, but it must constantly swing its head from side to side in order to eliminate a large blind-spot occurring between them.

Despite its reputation as a killer predator, VR footage from the tiger shark revealed it has a preference for scavenged food and smaller fish — helping to maintain the health of the ecosystem by removing dead and diseased animals from the ocean.

It was also discovered that a fluttering of the shark’s eyelids was a signal of aggression.

Immotion was boosted by £500,000 of investment in April 2018 as part of a series B funding round, which was led by Sure Ventures PLC.

This helped to fund the roll-out of Immotion’s cinema pods — virtual reality simulators which move along with the action on-screen.

The company’s previous aquatic VR projects also include underwater footage of humpback whales — which has also been shown at zoos and aquariums.

Immotion claims providing these virtual experiences allows people to view the animals close up and immerse themselves in their environments without the need to keep them in captivity.