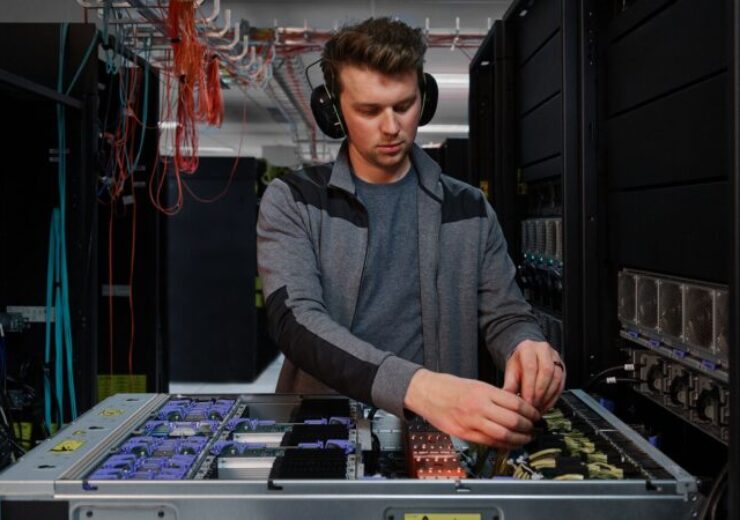 The IBM Power E1080 server will consume 33% lesser energy for the same workload when compared to its predecessor. (Credit: IBM)

IBM has introduced IBM Power E1080, the first in a new family of servers powered by the new IBM Power10 processor, to specifically provide clients with a secured, frictionless hybrid cloud experience.

According to the company, the E1080 server will serve as a platform, which can deliver the applications and insights of organisations in a secured manner where and when needed.

IBM artificial intelligence (AI) and hybrid cloud product management VP Dylan Boday said: “When we were designing the E1080, we had to be cognizant of how the pandemic was changing not only consumer behaviour, but also our customer’s behaviour and needs from their IT infrastructure.

“The E1080 is IBM’s first system designed from the silicon up for hybrid cloud environments, a system tailor-built to serve as the foundation for our vision of a dynamic and secure, frictionless hybrid cloud experience.”

IBM Power10 marks the first commercially available 7nm processor for the company. It has been designed by IBM and was manufactured by Samsung with the help of its 7nm EUV process technology.

The new processer is said to enable the IBM Power E1080 server to provide up to 30% more performance per core, when compared to the previous generation IBM Power E980 server. The new server also delivers more than 50% better total capacity at the socket and system level.

As a result, IBM Power E1080 will consume 33% lesser energy for the same workload when compared to the IBM Power E980. This will enable customers to consolidate workloads and generate cost savings on both hardware and software.

With its new hardware-driven performance enhancements, the new server can deliver up to 50% more performance and scalability than the IBM Power E980.

IBM said that the combination of the E1080 server and the Power10 processor offers new enterprise AI capabilities right to where the data sits.

The four Matrix Math Accelerator (MMA) engines per core of the new processor can deliver up to 5x improvements for AI inference, when compared to the IBM Power E980 server.

Last month, IBM had revealed details of the IBM Telum Processor, an on-chip accelerated AI processor, that is planned to be launched in the future by the company.