Whether it's a last-minute outfit for a party or a pint of milk, the Glovo app will deliver anything straight to your door - and is proving popular in South America and Spain 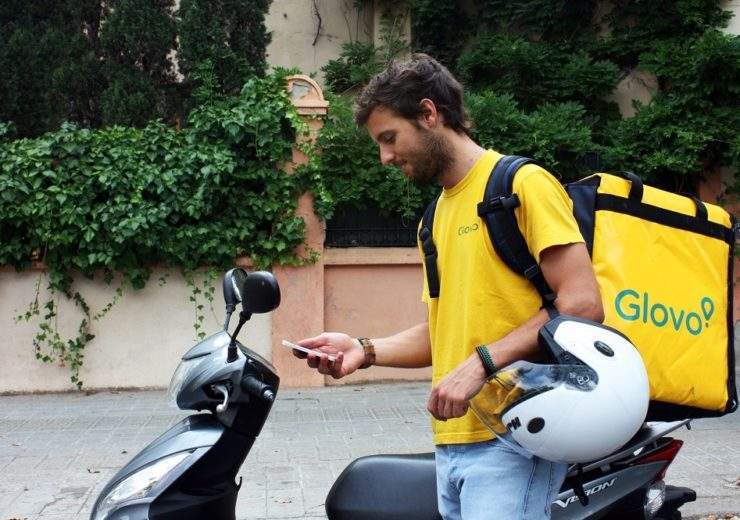 Next-day and same-day delivery might sound very convenient for online orders but how about receiving flowers, headphones or medicine at our door in less time than a takeaway? This is the solution Spanish start-up Glovo is trying to solve.

The company promises to deliver “pretty much anything you want” within 35 minutes by using its app.

Like many start-ups entering the on-demand economy, Glovo’s co-founders Sacha Michaud and Oscar Pierre makes no bones about admitting it was inspired by the likes of Uber and Deliveroo when creating a new type of courier service.

“I need to give a lot of credit to companies like Uber,” says Sacha.

“We saw what it was doing with on-demand and realised the opportunities that were available with smartphone apps.

“People are always going to want things delivered and we wanted to create an ‘Uber of things’.”

Since being set up in Barcelona in 2015, Glovo has expanded to 21 countries across Europe, South America and, more recently, Africa.

Last year, it launched in a new city every five days on average and raised $134m (£102m) in Series C funding but, despite its rapid growth, the on-demand delivery service remains relatively unknown in English-speaking countries like the UK and US, as well as much of Europe.

What can you order on the Glovo app?

Customers can use the Glovo app to run errands, deliver gifts or collect prescriptions.

The food category is currently the most popular use of Glovo, as people are familiar with getting food ordered to their front door, but Sacha has seen other uses of the app grow in popularity.

He says: “Generally, if a customer has been with us for four months, they will have used three different categories.

“That’s one of our major differentiators and why people are more likely to keep the Glovo app because, at the end of the day, they can use it for anything.”

Discussing some of the more “surprising” uses, Sacha adds: “People have ordered all types of things through the app, from last-minute costumes to ID cards, and you wouldn’t believe how many keys we move around every day.

“People talk about the surprising moments, like when Glovo delivered nappies to their front door at 2am and comment about how Glovo saved their life.

“We operate 24/7 so there are a lot of last-minute items that we bring to people.”

Why is Glovo not available in the UK or the US?

Glovo is available in 21 countries across Europe, South America and has recently launched in Cairo, Istanbul, Morocco and Nairobi.

Despite the US and UK being two of the largest markets for on-demand services, Glovo has so far been reluctant to launch its app there.

Sacha explains: “We are looking at cities where we have the potential to be the market leader or co-leader, which is one of the reasons we aren’t yet in the UK as it’s such a saturated market.

“It would take us a lot of time and money to get to the level of some of the other companies operating there.”

Although he admits there has been a “learning curve” involved with the moves into new and diverse markets, it has been worth the investment.

“Latin America has a much more service-orientated society, especially in the cities,” Sacha says.

“It’s common for people to be paid to run errands for others, so there is already a tradition which isn’t present in Europe.

“Latin America is our fastest-growing area and Lima, in Peru, is already one of our biggest cities in terms of customers, despite launching two-and-a-half years after Europe.”

The southern Europe operation is already profitable, and Sacha claims this proves the business model works and is scalable.

He adds: “We believe we’re growing quicker than everyone else, both in terms of orders and revenue, which go hand-in-hand.

“We’re now attracting employees from other big-name companies such as Uber and Amazon as we grow, and it’s a great opportunity for us to build the team.”

How much are Glovers paid?

Glovo has a core staff of 800 people working on engineering, marketing and sales, but the majority of its employment comes from the 25,000 active delivery people – or “Glovers” as Sacha refers to them.

On average, a Glover in Spain can earn between €5 and €6 (£4 to £5) per order, according to Sacha, but customers with shorter deliveries can be charged as little as €1.90.

The lower service fee on some food deliveries is a result of the commission earned from certain partner restaurants and stores, which is used to subsidise the cost for the user.

Sacha says: “In all these countries, payment has to be in accordance to the market, and if the riders are underpaid they aren’t going to stay very long and will look for another job.

“The key here is not how much they get paid but the flexibility we give them.

“If a Glover wanted to work 40 hours a week, they are going to get well over minimum wage.

“If they don’t want to work one evening or chose to work ten hours with us and combine it with another job, they can.

“We have to be responsible and that means pay that translates to a decent hourly wage, and a competitive pay per order compared to the rest of the market.”

Sacha claims that Glovers in South America that work a 35 to 40-hour week can earn up to three-times the minimum wage.

He adds: “I wouldn’t say it’s a well-paid job but it’s well above other competitors.”

Glovo and the gig economy

Other delivery companies, such as Uber and Deliveroo, have been hit with industrial action in the UK over low pay.

Debate over the employment rights of workers in the gig economy – which treats workers as self-employed contractors – is ongoing.

Sacha says: “The barrier to entry to become a rider is very low – all you need is your own transport and a smartphone.

“You then go to one session that explains how the app works, meaning you could be working within 48 hours.

“It’s not replacing the labour workforce – we see it as complementary.”

Deliveries are generally made by bicycles or motorcycles but it varies from country to country.

Sacha says: “In some cities, 80% of Glovers use bicycles, while in some of the eastern European cities we have a lot of walkers because of the snow.

“We leave it up to the Glovers to choose the method of transport that suits them.”