Turning data into drops: How an NGO is using tech to help developing nations access water

Despite not having a data science team, not-for-profit organisation Global Water Challenge was able to use analytics to improve the provision of clean water in rural areas in Africa and across the world 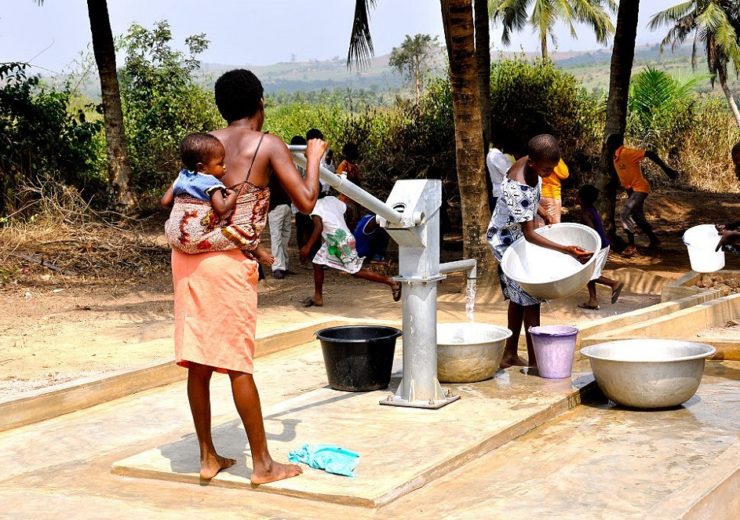 From the outset, the team at Global Water Challenge knew that analysing data from water pumps could be used to help provide the vital resource in areas where access was scarce.

The issue for Brian Banks, director of strategic initiatives at the campaigning group Global Water Challenge, was that he didn’t know how.

Inequalities surrounding access to clean water persist, despite concerted efforts from charities and non-profits to address the issue.

Around 10% of the world’s population – and one in five people in rural areas – don’t have access to safe water and, in sub-Saharan Africa, people can spend more than 30 minutes on each trip to collect water.

Speaking at the Gartner Data Analytics Summit in London, Brian says: “A water pump is considered a simple solution to the problem and is often met with celebration because it means the area will now have water.

“But unfortunately in 25% of cases, the water point breaks within the first four years.

“This is a massive problem because then people have no choice but to go back to the dirty water sources they started at.

“We heard a lot of anecdotes about why so many pumps were breaking but we didn’t really get the big picture.”

Global Water Challenge – a coalition of companies and NGOs dedicated to solving the world’s most pressing water challenges – set out to address this issue and was inundated with data from governments, NGOs and charities on the status of water pumps in their area.

“We were collecting information on where the water points were and whether they were working – so we thought maybe we could use data to connect the dots and see a bigger picture,” says Brian.

“I inherently believed that the data being collected by governments, charities and NGOs was being under-utilised.

“I knew it had a massive potential waiting to be unlocked but I just didn’t have the key.”

The “key” in this instance was a method for analysing the data, so Global Water Challenge partnered with a coding site to train the data.

Brian says “it was a huge investment for us because we are a tiny project” but admits it was never asked what the end result would be.

At the end of the project, it was left with a piece of code that no-one at Global Water Challenge was able to use because they didn’t have the skill set.

Brian says: “I’ve helped manage a portfolio of over $60m (£45.6m) of water investments and spoken as a water expert at conferences all over the world, but I’m not a data expert.”

The next step was to partner with a team of 50 data scientists from ATP, a data visualisation firm that specialises in analytics.

Brian explains: “One particular analysis stood out and was able to predict the likelihood of a water source failing in the near term.

“The ability to predict is incredibly important if you’re trying to provide water services for rural communities.

“Governments can allocate more of their budget for maintenance and repairs to the districts where the water sources are more likely to fail.”

The results were tested in Eswatini, a country in southern Africa formerly known as Swaziland.

Brian adds: “The staff of the Ministry of Water told us that they were blown away.

“They never imagined the data they collected could have been used in this way.”

However, the situation was constantly changing, with new water pumps being introduced and others failing every day.

Global Water Challenge continued to receive updates on the status of water pumps across the world but, without a permanent team of data scientists, it couldn’t continue to provide governments with its insight.

Brian says: “We couldn’t employ 50 data scientists every time we got new data but we knew we had a strong case to make and had proven we could turn data into drops.

“Now, when we had the data resources handed to us we still had no way to update them.

“We felt like we had the medicine we needed to get to the people but no way to deliver it.”

Brian says he felt incredibly frustrated and although governments continued to come to Global Water Challenge with their data, the organisation didn’t have the coding skills to use it.

At this point, Brian came across DataRobot, an automated machine learning programme.

Despite lacking the data analytics skills, Brian was able to upload information “on the fly”, select the solution he wanted the model to solve and “click start”.

He adds: “Now, when new data comes in, it can lead to stronger models that provide more benefits to the governments we work with and helps us understand why water points are failing.

“The information was really useful for governments trying to set policies that would make their water points last longer, introducing new technology or setting a price for water.”

Mohamed Bah, who works for the Ministry of Water Resources in Sierra Leone, has worked closely with Global Water Challenge.

He says: “The deep-dive analysis of the data answered key questions, like where to construct new water points and what type of technology is suitable for the country.

“It was only realised with the intervention of the Global Water Challenge.

“Before, selection of locations for water points was done by assumption, which has resulted in poor distribution of water points in certain locations.

“Today, our district planning officers are using the prediction tools for budget and location.

“We are greatly humbled by the continued support it is providing to the people of Sierra Leone.”