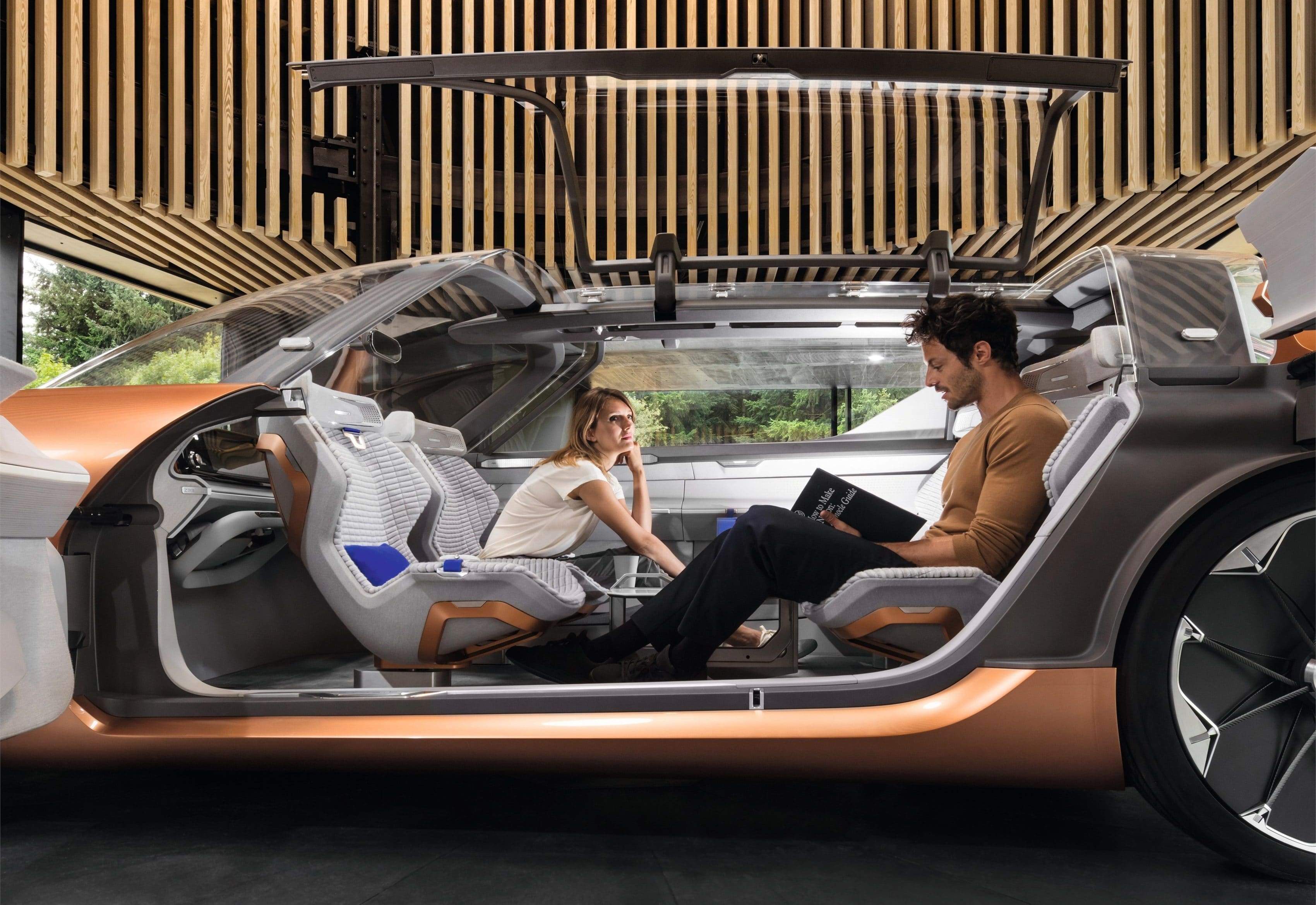 From Renault’s architecturally inspired automobile to the largest co-living space in the world, architects and designers have some radical visions of future living.

Every driver dreams of a car that incorporates the comforts of home, but now Renault has gone one better.

The French manufacturer has unveiled Symbioz, an architecturally inspired concept car that is “an extra mobile, modular and multi-purpose room”.

Autonomous and electric, Symbioz is being marketed as an extension of the connected house of the future. Consequently, like many modern domestic devices, it connects wirelessly to the owner’s home.

Symbioz even looks like a contemporary home. As such, it features a steel frame, large windows and wooden joinery details.

In addition, the interior resembles an actual living room, with materials including copper, marble, fabric and porcelain. Plus, its four “armchair” seats rotate to face each other.

“The car becomes a new mobile, multi-purpose living space for the whole family and can be used – open or closed – more fully, even when parked,” said Stéphane Janin, Renault’s director of design.

Visitors to Frankfurt Motor Show saw Symbioz connect with its surroundings as part of an interactive home exhibition.

2) Future living – thank you for sharing

Many people, young and old, despair of ever finding a decent, affordable place to live, especially in major cities such as London.

However, innovations such as The Collective Old Oak offer hope to “generation rent”. “London’s most luxurious commune” is situated near a canal in north-west London.

There’s a restaurant, gym, cinema and games room. The building additionally features a ‘disco launderette’ and even a spa. Prices start at £220 a week (bills included).

PLP Architecture, which designed the complex, has described it as a “thesis for the future of collective living”.

“If we look at all emerging types of community, most are virtual and don’t exist in physical space or they do so very superficially. What co-living has the capacity to do is bring people together in a tangible way,” PLP partner Andrei Martin told the LEAF Review.

3) Garden cities – a blast from the past

Planning consultancy URBED has come up with ‘Uxcester’, a fictional “urban extension” based on Oxford. URBED envisions six such extensions tethered to a city centre by tram links.

The concept addresses the lack of brownfield sites – previously developed areas that are not in use – around smaller UK cities.

“They have insufficient urban capacity to meet the needs for their growth,” explains URBED managing director David Rudlin. “Therefore, they have to grow in another way; a way that is well planned, medium density and with sustainable extensions into the green belt.”

In addition, read the full feature in the latest edition of LEAF Review.

3 designs that could solve the affordable housing crisis