Future Apple products and those you may not have heard about

Millions of people around the world will be waiting to see what comes out of the Apple Special Event today, but speculation continues to circulate concerning what future Apple products may have been held back for a later release - ranging from an AR headset to an "iCar" electric or driverless vehicle 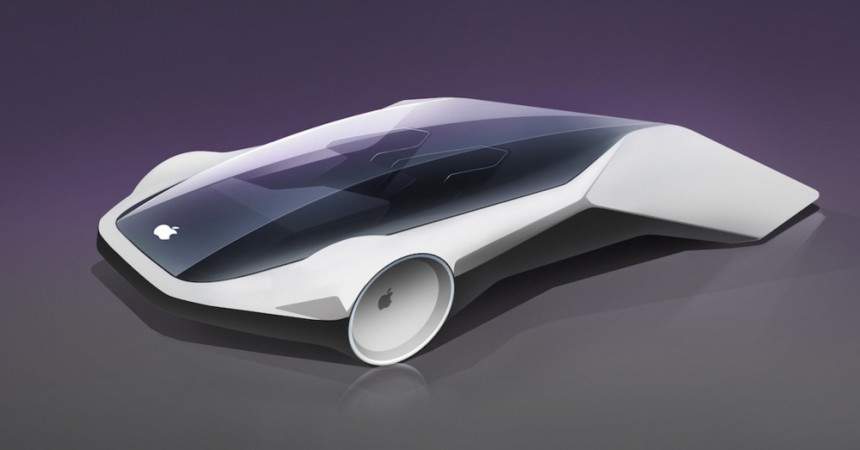 The Apple iCar, as imagined by car repair firm ClickMechanic with a design based on the light and thin MacBook Air

The tech world’s eyes will be trained on today’s Apple Special Event as the latest batch of new gadgets are unveiled – but the rumour mill has been in full flow for some time now concerning what future Apple products might lie in store further down the line.

The Silicon Valley giant’s signature product – the iPhone – is popular the world over, with 18.1 million people in the UK expected to own one by the end of this year – up 6.4% from 2017 and accounting for 40.5% of the smartphone holders – according to market analyst eMarketer.

Outside Apple‘s primary offering, however, are a number of potential products which you may not have expected the tech company be involved with, including an electric (or perhaps autonomous) car, nicknamed the “iCar”.

There’s also some goods on the market already that haven’t received anywhere near the amount of publicity afforded to the iPhone, iPad and Apple Watch.

Here we take a look at some of the existing releases off the iPhone-beaten track, and some possible future Apple products that could steer the company’s expansion into as yet untapped markets.

Throwing its hat into the Amazon-dominated ring, Apple released its smart speaker the HomePod in the UK, US and Australia earlier this year.

Focusing on audio quality rather than multi-functionality, the speaker doesn’t offer all the same features of its market equivalents, and instead serves solely as a voice-activated music player.

Only time will tell if the HomePod will be a successful venture for Apple, as at £319 it costs considerably more than its main rival, the Amazon Echo (£89.99), and doesn’t come with functions like voice-activated payment and search engine queries.

One of the future Apple products that’s far more concrete than a rumour, the company revealed it is developing the AirPower wireless charging pad as part of the iPhone 8, 8 Plus and X announcement at last year’s Apple Special Event.

When released, the device will be able to charge its newest phones, along with previous iPhone models and other products like the Apple Watch, all at the same time.

It will reportedly have some smart features, including the ability to intelligently manage charging by analysing the battery levels of connected devices and apportion the most efficient amount of power to each.

Originally made available to the public in 2010, Apple’s Magic Trackpad offers all the functionality of a mouse, with the entire pad acting as a button which, if pushed, registers a click.

It can be connected to a PC device via bluetooth, and can be used in tandem with the Apple Wireless Keyboard.

While many people are now familiar with the Apple Pay app, which lets users pay for services online and at card machines, Apple Pay Cash allows them to make payments person-to-person payments on an iPhone or Apple Watch using Siri.

Having officially launched in the US late last year but as yet nowhere else, both the payer and the payee must have Apple devices and active iMessage accounts for the process to work.

Released in 2015, the Apple Pencil is an accessory to the iPad, which lets users jot down notes, edit documents and retouch photos on their device with the precision of a pen.

A full charge offers 12 hours of functionality, and more recent updates to the technology allows customers to sketch directly on email messages.

Perhaps the most hotly-anticipated of the possible future Apple products is the mysterious Apple iCar.

Rumours began spreading about the potential vehicle when the company hired 1,000 people to work on something called Project Titan, which was presumed to involve developing a car.

Since then, the majority of these employees have been laid off, but Business Insider reported in May last year that Apple has a secret office in Berlin almost exclusively dedicated to transportation.

Speculation has suggested it could either be an electric vehicle to rival Tesla or even an driverless car.

Although its often been subject to spurious comment, the possibility of an Apple augmented reality (AR) headset being included in the future Apple products is looking increasingly likely.

The company made its intention to enter the market clear last year, when it announced its ARkit, which allows developers to offer AR capabilities in their apps and devices.

Since then, its phones including the iPhone 8, 8 Plus and iPhone X have been designed with built-in AR capabilities courtesy of the A11 bionic chip, which enables AR processing.

One of the future Apple products rumoured for late 2018 or possibly 2019 is a wireless over-ear set of heaphones, said to offer the convenience of Apple’s wireless ear pods but with enhanced sound quality.

Ming-Chi Kuo, an analyst at online trading platform KGI Securities, started the buzz around the potential release when he issued a research note in February 2018.

It read: “Apple to have own-brand, high-end over-ear headphones with all-new design; to be as convenient as AirPods with better sound quality; shipments to begin 4Q18F at earliest.”