Video: Fitness robot for pets to use AI to keep them fit, healthy and entertained while owner is out

Tech firm Varram has launched a fundraising campaign to put into mass production its fitness robot for pets, designed to keep them fit and healthy by using AI to provide automatic routines and schedules when the owner is away from the house 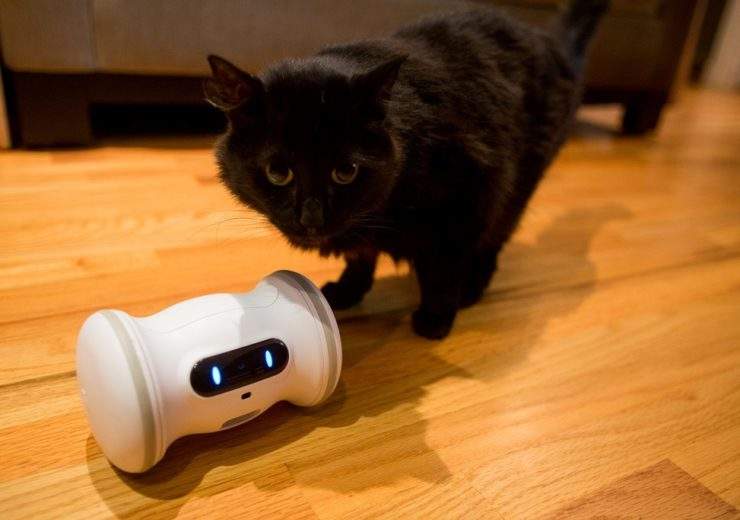 More than half of domestic dogs and cats are clinically overweight – a problem that a new fitness robot for pets is attempting to solve by using AI.

Pets with obesity are at increased risk of developing serious weight-related disorders such as diabetes, arthritis, high blood pressure, kidney disease and cancer.

But tech firm Varram’s autonomous robot can help prevent this by navigating the home and keeping them moving using a regulated snack reward system.

After a successful crowdfunding campaign in which it raised more than five-times its target with $164,000 (£127,000) from 1,588 backers, the company has now launched an Indiegogo InDemand campaign – an online platform for fundraising – to put its smart robot into mass production.

“We designed our robot to be safe and used a shape that pets like, which is also strong enough to handle being chewed or gnawed.”

How does the fitness robot for pets work?

Using the Varram app, pet owners can schedule automatic routines by connecting through Bluetooth, providing their furry friends with exercise and entertainment while they’re away from home.

The fitness robot for pets has multiple features, including the ability to interact with friends who have similar aged and breed of pets, controlling the robot manually or customising actions by programming it to their pet’s personality.

Through the iOS and Android mobile app, they can manage play time, toss counts, sleep time and control activity routines.

The robot is made from Food and Drug Administration (FDA)-standard polycarbonate – a strong, light material that’s easily moulded.

It also comprises advanced positioning sensors, which feed it with a constant flow of data that helps it to navigate any space in the home and has a battery life that lasts for up to ten hours.