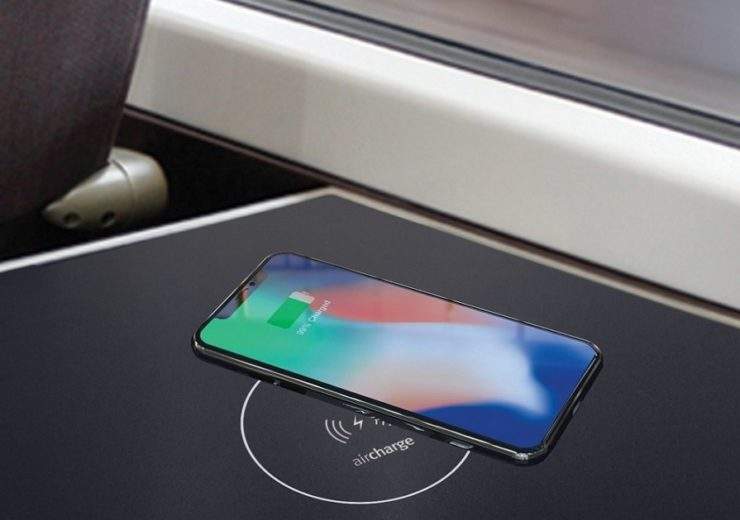 The first wireless charging system for trains is set to launch in the UK on South Western Railway’s routes from London Waterloo to Bournemouth and Weymouth this month.

The new feature will allow passengers to charge any Qi wireless charging-enabled device, by placing it on a charging pad which will be integrated into the tables of first class carriages.

It will be compatible with more than 130 mobile devices, including the latest Samsung and Apple products.

The announcement follows a partnership between wireless charging firm Aircharge and Baker Bellfield, a company which provides interior solutions for the rail sector, to launch the first wireless charging system for trains.

More than 170 of the company’s trains will feature inductive charging capabilities once it has finished its refurbishment plans.

Robert Wilkin, business development manager at Baker Bellfield, said: “Wireless charging represents the future of charging mobile devices and the partnership with Aircharge will allow us to create a new standard for the railway rolling stock sector and beyond.”

Aircharge is looking to feature the technology on more public transport services and recently announced a partnership with bus manufacturers Optare.

The wireless charging service will soon be available on bus routes across London, Reading, Leeds and Yorkshire.

Wireless charging uses the principle of inductive charging, where an electromagnetic field passes electrical power from coils in the charging pad to those in a devices battery.

The concept has been used for electric toothbrushes for years but its potential is only now beginning to be realised for our handheld devices.

Steve Liquorish, CEO and founder of Aircharge, said: “To date we have already deployed our solution on buses and in a number of airports and train stations across the UK railway network, in Europe, US and Middle East.

“The expansion into trains consolidates our position as the leading provider for the transport sector, enhancing our public space proposition and offering users a convenient solution when they are most in need of keeping their mobile phones charged.”