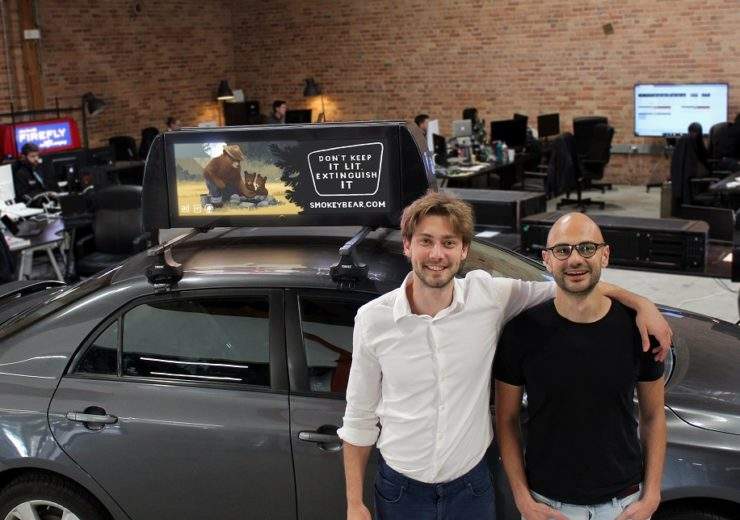 Smart city on-car advertising platform Firefly is set for a global launch following a $21.5m seed funding for the start-up.

The car-mounted screens use location-based software to change the adverts being displayed depending on the area the vehicle is driving through.

The technology allows for more targeted advertising campaigns and dynamic content that displays ads that are relevant to shops that cars are parked in front of – or the neighbourhood they are driving in.

Firefly has been successfully tested in Los Angeles and San Francisco and has hosted adverts for brands such as DoorDash, Salesforce, Netflix and HotelTonight.

One fintech client was able to reach 6.2 million people through the Firefly platform when promoting its new debit card and drove a 320% increase in interest in the product.

The ad campaign was intended for a millennial audience so was geo-fenced to areas within a one-mile radius of the University of California campus.

The Firefly platform also helps to offset the low wages of drivers in the gig economy, such as Uber and Lyft, by offering a new revenue stream.

Ride-share drivers are able to raise up to $300 (£235) a month from display ads, according to Firefly – the equivalent of a 20% increase in profit for drivers.

Jackeline Arena, a Firefly driver in San Francisco, said: “I have been driving to make money for two years and adding the Firefly opportunity has made it easier to pay university tuition, pay for insurance, and fuel.

“I am a single mom, so any extra income helps me month to month.”

Firefly CEO Kaan Gunay claims the concept for the start-up was to create a company “benefits the majority, rather than a select few”.

A minimum of 10% of the advertising screen-time goes to promoting local not-for-profit organisations, charities and advocacy groups.

Sensors on the Firefly boards also monitor pollution levels, pavement condition and street lighting, and the company shares the information it gathers with the municipal government to help them make informed decisions on policy-making.

“Unlike many other startups, we started Firefly with a community-first mentality – we sought to have community baked into our product, ingrained in the DNA of our company, rather than tacked on as an afterthought,” said Mr Gunay.

“To do that, we’re working closely with stakeholders from all aspects of urban communities that drive value, wages and insights.

“With Firefly, we’re building a smart city network that works for the city, to better the lives of all of the people that live and work within it.”