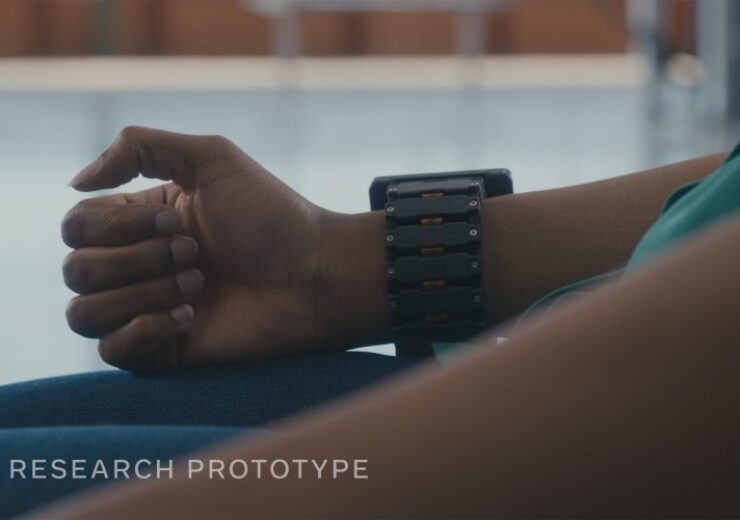 Facebook Reality Labs is working on developing a wristband that can control the company’s AR glasses by using electromyography sensors. (Credit: Facebook)

Facebook said that its augmented and virtual reality (AR-VR) division is developing a wristband that can enable the wearer to control the company’s AR smart glasses, which are slated to be launched this year.

According to the social media company, Facebook Reality Labs is researching wrist-based input technology for interacting with AR glasses, which dynamically adapt to the users and their environment.

The company said that the wrist-based input is combined with usable but limited contextualised artificial intelligence (AI) for this purpose.

The wristband is being developed to enable wearers to interact with the virtual world using their finger movements.

Facebook said that by using electromyography (EMG) sensors, the wristband will be able to translate electrical motor nerve signals travelling through the wrist to the hand into digital commands, which can help in controlling the functions of a device.

The electrical motor nerve signals will enable the user to communicate crisp one-bit commands to the device.

EMG will initially offer only one or two bits of control, which will be the equivalent of tapping on a button. Eventually, the technology will advance to richer controls, said the social media firm.

Facebook Reality Labs neuromotor interfaces director Thomas Reardon said: “What we’re trying to do with neural interfaces is to let you control the machine directly, using the output of the peripheral nervous system – specifically the nerves outside the brain that animate your hand and finger muscles.”

The company said that it is highly probable that the wrist-based input could eventually help users to type at high speed on a table or on lap, which could be quicker than using the existing QWERTY keyboards.

Facebook said that a wrist-based wearable can easily serve as a platform for computing, battery, and antennas besides supporting a wide range of sensors.

Facebook Reality Labs research science director Hrvoje Benko said: “We believe our wristband wearables may offer a path to ultra-low-friction, always-available input for AR glasses, but they’re not a complete solution on their own – just as the mouse is one piece of the graphical user interface.

“They need to be assisted with intent prediction and user modelling that adapts to you and your particular context in real-time.”