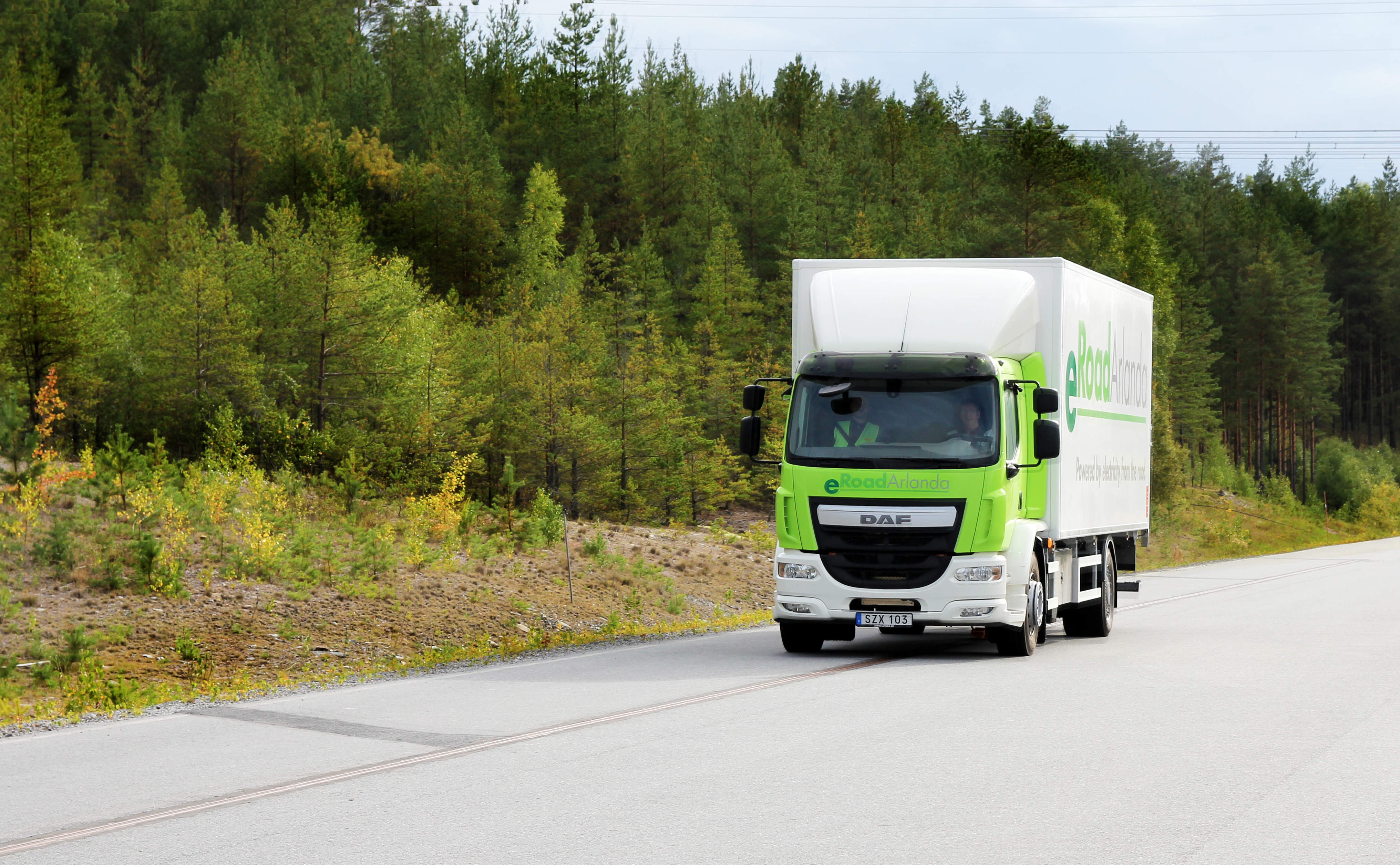 The eRoadArlanda truck that is piloting electric roads technology in Sweden

Electrified roads could help transform the electric car market by allowing vehicles to recharge while driving, says a group behind a pilot project in Sweden.

The eRoadArlanda innovation is the first of its kind and is said to be the key to unlocking a future of fossil-free road transport.

Costing 50 million crowns (£4.3m), the state-funded scheme is being trialled on a 1.25-mile road near Stockholm.

Hans Sall, chairman of the eRoadArlanda consortium and business development director at Swedish infrastructure firm NCC that is among the backers, said: “One of the most important issues of our time is the question of how to make fossil-free road transportation a reality.

“We now have a solution that will make this possible, which is amazing.

“Sweden is at the cutting edge of this technology, which we now hope to introduce in other areas of the country and the world.”

Why are electric roads needed?

The eRoadArlanda backers say they want to contribute to sustainable infrastructure, while helping to reduce fossil fuel use.

This is particularly important with road transportation expected to increase 59% by 2030.

By electrifying roads, the project is able to utilise existing infrastructure to reduce energy consumption and carbon emissions.

It also means cars wouldn’t have to just be recharged while parked, which takes far longer than refilling with fuel.

Road traffic in Sweden accounts for 33% of the company’s carbon footprint, with freight traffic responsible for a third of those emissions.

The eRoadArlanda scheme estimates that two-thirds of truck transportation in Sweden could be carried out on electrified roads by 2030, which would reduce energy consumption by about 10 terawatt hours (TWh) – corresponding to three million tonnes of fuel.

While it might sound like a huge overhaul will be needed to roll out the technology, the consortium says between only 2% and 4% of the road network would need to be electrified due to socioeconomic factors.

Shorter journeys between these routes could be managed with battery power.

The solution is based on conductive technology that uses an electric rail embedded within the tarmac on roads to power and recharge vehicles during their journey.

It works in a similar way to trams, which are powered by an overhead line, but instead via conductive feeds from embedded in the road below.

A movable arm attached to the vehicle detects the electric rail’s location in the road and is automatically charged while travelling above it.

Charging stops when the vehicle is overtaking or coming to a halt.

The rail enables the vehicle’s batteries to be recharged while powering its passage.

The system also calculates its energy consumption, which enables electricity costs to be debited per vehicle and user.

What stage is the eRoadArlanda project at?

The eRoadArlanda project is working to make electrified roads of the future a reality and is part of the Swedish Transport Administration’s pre-commercial procurement of innovation.

The technology is currently being piloted using a modified electric truck that moves cargo between Stockholm’s Arlanda airport to a nearby logistics hub run by Nordic delivery service PostNord.

Testing started last month and will last at least a year so that the truck can be used under different weather conditions, before a decision is made on the technology’s future.