Cars aren't the only form of electric-powered mobility, as a California-based start-up backed by Silicon Valley investors plans to introduce electric scooters to the streets of Paris - the first European city to welcome the dockless system operated via the Lime app 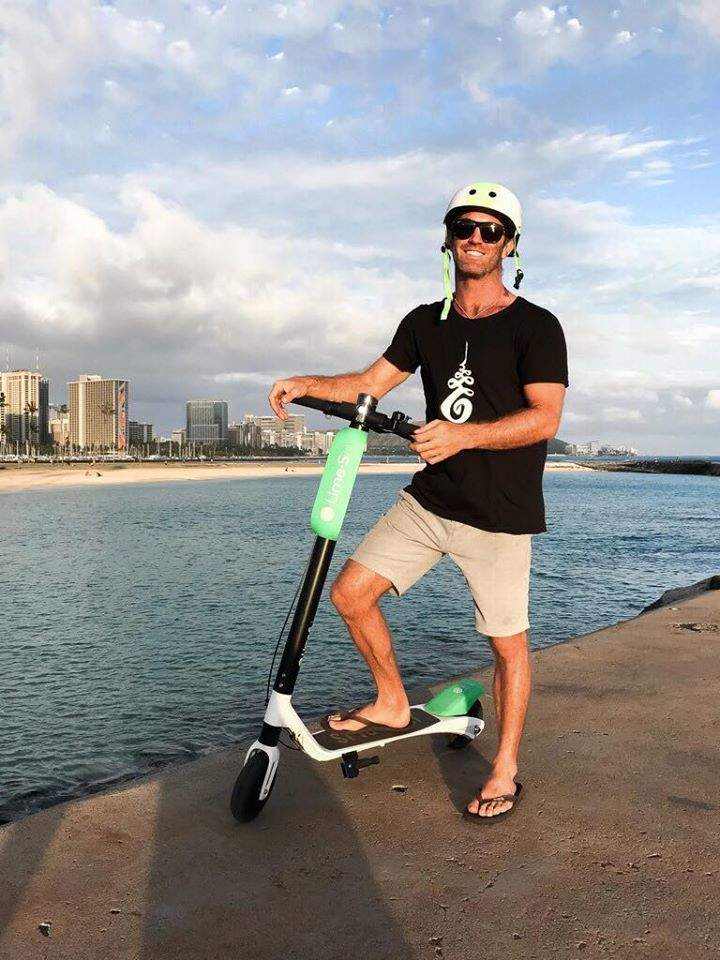 Electric scooters are operated in Paris through the Lime app

Eat your heart out electric cars and make way for electric scooters – which have now hit the streets of Paris.

The dockless scooter-sharing scheme is being launched by low-carbon vehicle specialist Lime, which also announced plans to service Frankfurt and Zurich in December last year as part of its ongoing European expansion.

Parisians will be able to unlock the electric scooters for one euro through the Lime app and are then charged 0.15 cents for every minute of riding at a maximum speed of 15mph for up to 31 miles.

All vehicles will be picked up every night at about 9pm for recharging and repairs.

Lime director Arthur-Louis Jacquier, speaking to Reuters, said: “Paris is our first big-scale deployment in Europe – we have big ambitions in Europe.”

He added that he plans to launch in a total of 26 European cities by the end of the year,  which are as yet unspecified.

His company is currently providing a few hundred electric scooters but is planning to introduce thousands into the French capital as demand grows following the initial launch.

The California-based start-up is already approaching one million users in cities throughout the US including Austin, San Francisco and Los Angeles.

Founded in June 2017, Lime has since secured $350m (£263m) from Silicon Valley investors, with plans for a further fundraising round for several hundred millions of dollars to facilitate its plans in Europe.

Its new electric scooters will come as a somewhat familiar sight for the local Parisians as the city has played host to multiple mobility solution experiments in recent times.

There are worrying signs for Lime in this regard, as the wheels have recently come off the city’s flagship bicycle hire service, Velib, when the new concession holder failed to install new docking stations on schedule.

Most people in Paris have reportedly since returned to public transport and cars.