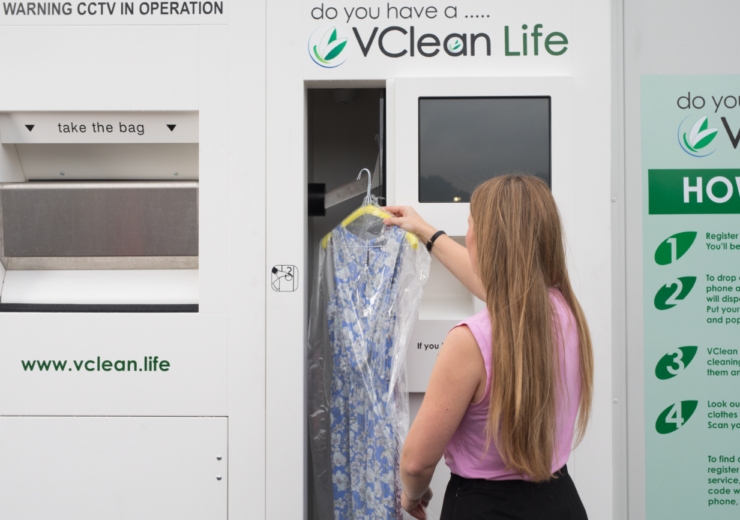 The machines, powered by VClean, aim to clean up the UK's dry cleaning sector by bringing it into the 21st century. (Credit: David Parry/PA Wire)

Laundry is the latest high street service to be given a technology-based makeover as dry cleaning vending machines aimed at commuters arrived in London.

Some 200 machines are being rolled out across the UK capital, allowing customers to quickly drop off their clothing before they catch a tube to work.

Nick Harris, managing director and founder of VClean, hopes his company can transform the dry cleaning sector by making it greener.

He claims it is the UK’s only 100% eco-friendly dry cleaning service and will make it cheaper, at a cost of £3 per garment.

Mr Harris said: “We are transforming the dirty dry cleaning sector by making green cleaning accessible, with VDrops now hitting the high street. There is nothing else like this on the market.”

The VClean service aims to fit around the working day and the service is available 24 hours a day.

Customers must first create a VClean account on their website, after which they will be sent a unique QR code to use when dropping off and collecting garments.

After scanning a QR code at the nearest VDrop vending machine, they will be issued with a biodegradable bag to drop items in the machine.

The VClean team will collect the items during the day to be cleaned and pressed before returning them the same drop-off point – all within 24 hours.

Customers can then then collect the items by scanning the QR code and paying for the service.

The first VClean point was launched at Epping underground station in London on 6 October, with more being rolled out across London in the coming months.

Some 200 VClean units are planned to go live in the coming months across London.

A partnership with Transport for Lonson will see other drop off points introduced North Greenwich, Loughton, South Woodford and Woodford stations.

Mr Harris plans to introduce further VDrop stations across the UK at a later date.