Digital transformation in charities: How Guide Dogs for the Blind Association and Oxfam 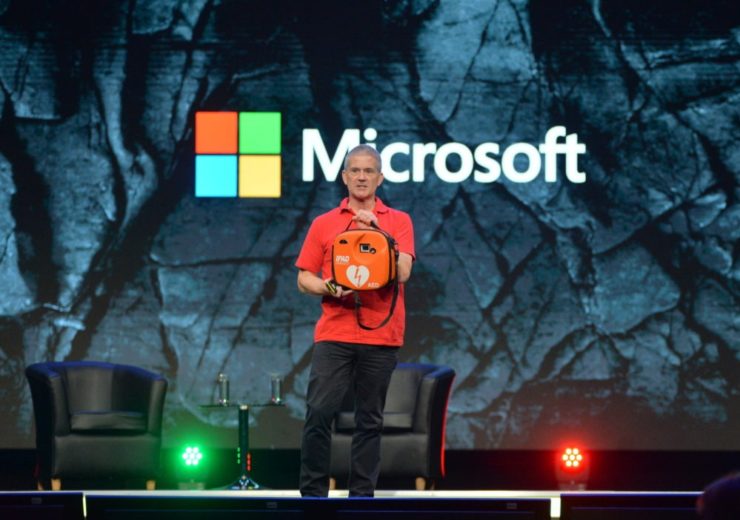 From talent retention to marketing, charities have often replicated for-profit business models in a competitive environment – and now many are undergoing digital transformation.

UK organisations Guide Dogs for the Blind Association, Oxfam and British Heart Foundation are among those to have moved their IT operations to the cloud in a bid to reduce costs and attract new donors.

Their chief technology officers took to the stage at this month’s Microsoft Future Decoded conference to share their modernisation stories.

Digital transformation in charities: How Guide Dogs for the Blind Association uses tech

In the UK, two million people live with sight loss, including 360,000 people who are fully or partially blind. By 2050, sight loss is expected to affect four million.

Guide Dogs for the Blind Association, which was set up in 1934 and employs 1,400 people alongside a volunteer network of 10,000, is responsible for training and providing about 8,000 guide dogs that give support to people with sight loss.

The charity has a database of all these animals and its service users, but until recently it didn’t really use this information beyond storing contact details, according to CTO Ray Brooks.

He says: “We thought it would be wonderful if we could monitor our guide dogs and find out how hard they’re working because if they’re having an easy life, we could make them work for a bit longer.

“But it’s also traumatic and stressful for someone to change a guide dog so it’s a great social return on investment too.”

Puppy walkers, who voluntarily care for a guide dog during the first year of its life, will take videos if they believe there’s any issues such as lameness.

These are sent to the charity, which is now using artificial intelligence to analyse the clips and understand more about the dogs’ performance.

“We want to go from having 5,000 to at least 7,000 dogs on the street in the next year and this technology will help us,” adds Brooks.

Moving forward, as Guide Dogs for the Blind Association collects more data about its dogs, it plans to create new smartphone apps that instantly analyses their performances and behaviour during the training period.

“At the moment, it may take weeks to spot. If a puppy is displaying bad behaviour, we might never be able to correct it but we have much more chance of being able to anticipate it earlier by using data.”

Established in the UK in 1942, Oxfam is an international confederation of 19 organisations that aim to end poverty by collaborating with localised partners and communities.

It works directly with 22.3 million people in the world, responding to 25 emergencies on average at any one time.

With 650 stores in the UK selling anything from clothes to books, it’s also one of the country’s largest high street retailers, while its voluntary operations also take the charity to Glastonbury Festival.

And should its humanitarian aid be required at the drop of a hat, Oxfam will instantly deploy teams to any corner of Earth.

It means that moving to the cloud has effectively been a no-brainer for the organisation, enabling its tens of thousands of global staff and volunteers to access the Oxfam network wherever they are based.

CTO Nick Mitrovic says: “We were at a point where we had a landscape that was old and we were spending a lot of time firefighting in numerous data centres in the world.

“We’re also very cost-sensitive so we couldn’t afford to have large capital investments, because the more money we give to our programmes, the better it is.

“We want to keep our resources low, and going to the cloud meant we could reduce capital resources and provide better results by scaling up to meet demand.

“But also, if you think about emergencies, we don’t know where the next one is going to happen so it helps us to scale up our response too.”

Despite having to overcome “anxiety” within the organisation about moving to the cloud, Mitrovic says the leadership team was able to change the culture from within.

As a result, sales on its online shop have increased by 22%, with revenue in this space now growing by 5% on average year-on-year.

“This growth is 100% attributed to the cloud because there were no other changes in this period,” adds Mitrovic.

“We now have better reliability and performance for customers, and we’re now processing more than a billion records.

“We can use AI and machine learning to understand what makes our supporters tick, and how we can be more effective in our programmes and offer more benefits.

“But also, we can be more transparent with our donors so they know where their money is going.”

Oxfam is now able to create apps that show up-to-the-minute feedback of which aid it has delivered to a country, what the metrics of that programme are and how it has safeguarded people on the ground.

He adds: “By transforming from an old, complex technology landscape to a modern cloud-based platform, we’ve enabled Oxfam to become the 21st century organisation it wants to be.

“Being able to capture data quicker was critical to that path.”

Digital transformation in charities: How the British Heart Foundation is creating a national defibrillator network

In the UK, there are an estimated 100,000 automated external defibrillators, a portable device that can be used by members of the public to restart a person’s heart using voice instructions if they suffer a cardiac arrest that isn’t in a hospital.

They are often located in places where large crowds gather or exercise takes places, such as in leisure centres, shopping malls and workplaces, but the UK’s ambulance services only know where between 35,000 and 40,000 of these are.

It means there’s a huge gap in knowledge that could quite literally be the difference between life and death.

When someone dials 999, if an operator knows where the nearest defibrillator is, it could ensure a victim quickly receives cardiopulmonary resuscitation (CPR) – if not, the delay in tracking down a device could make an intervention too late.

Simon Gillespie, chief executive of the British Heart Foundation (BHF) charity, says: “For each minute someone with a cardiac arrest isn’t treated with CPR and early defibrillation, it reduces the chances of survival by just over 10%.

“You can’t wait for an ambulance to turn up so seconds and minutes really do count.

“That means it’s so important that someone is able to tell you where the nearest defibrillator is when you call 999.”

Last year, the BHF joined forces with the NHS and Microsoft to create a database called The Circuit that will attempt to identify every publicly-accessible defibrillator in Britain.

It followed research that discovered the machines were used in less than 3% of all out-of-hospital cardiac arrests.

Ambulance services in the West Midlands and Scotland initially piloted the programme, with plans to roll it out nationally.

In the UK, the survival rate for someone who has an out-of-hospital cardiac arrest is 10%. In many other countries, it’s about 25%, according to Gillespie.

But The Circuit could provide a significant boost to these figures.

“It’s a really exciting concept and it’s a cutting-edge, life-saving use of technology developed in a partnership that is a world-first.”