Digital IDs: Could they be the future of online verification? 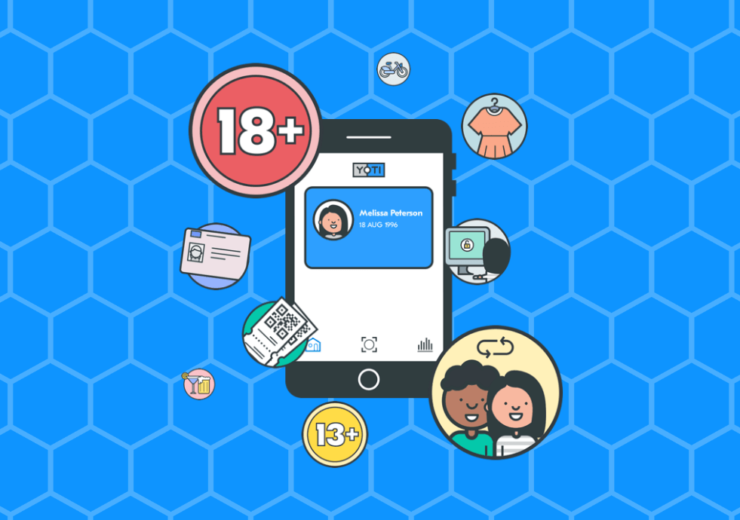 In a digital age where we can make payments with watches and board trains with our phones, it can feel anachronistic to use physical documents and IDs to verify who we are.

Meanwhile, online fraud – which is estimated to cost UK citizens £10bn a year – and the ability to create fictional online personas have made the digital sphere a minefield.

However, a new method of proving identity through a digital ID claims to be revolutionising the space.

Ruth Milligan, head of financial services and payments at technology industry body techUK, says: “As we move into a digital world where services and interactions are digital, digital identity is becoming a key piece of the jigsaw that has to be filled in.

“It allows consumers to use one secure identification process to access a number of different services and benefit from them more easily and in a secure way.”

It’s a concept the UK government has been urged to explore by techUK, which released a white paper on the subject last month with a list of recommendations.

How do digital IDs work?

Digital IDs work via an app and provide a digital method of proving identity.

Most are set up by taking a selfie photograph and then using verification techniques – such as texting a pin number to a user’s phone or getting them to read a few words into the camera to check the user is human.

A passport, driving licence or other national ID document is then scanned in and independently verified by the digital ID provider.

The details are then encrypted and, once they are checked, the digital ID can be used to make purchases or prove your identity online.

Use cases can include seamless check-in at airports, buying products online and protecting children on websites.

Digital identity in the UK

In techUK’s white paper, Case for Digital IDs, it suggested that if the UK is to reap the full potential of the digital economy, access to digital services must be seamless, simple and secure.

To do this, and to ensure Britain doesn’t fall behind other countries, the industry body said the country must create an interoperable network for digital IDs that spans the public and private sectors.

Among other things, the techUK paper recommends:

Speaking last month, the group’s CEO Julian David said: “We see instances where companies which want to bring world-class solutions to UK users often struggle to get support, either due to a reluctance to innovate or lack of a joined-up approach from key public sector bodies.

“Whether it is asking for new mobile identity solutions for retailers to be approved by law, or for easier access to key sources of public sector data to help combat fraud, too often tech companies encounter difficulties which delay or obstruct innovation.

“It is particularly frustrating for us as a UK industry body to hear that British companies do not experience these problems in other countries.

“We have shown it is possible to empower regulators to embrace innovation to make the UK a world centre for innovation in fintech – we need to do the same now for digital identity.”

The UK did create a £154m government digital service known as Verify in 2016, which it hoped would create a standard for identity checking.

But this week, civil servants admitted they had fallen far short of targets and should have intervened before now.

It was hoped 25 million people would be signed up by 2020 but current estimates suggest the figure will be 5.4 million, with only 3.6 million people verified last month.

Data protection is one of the major concerns online following GDPR legislation and data breaches at some of the largest technology companies.

Having sensitive identification data stored online, and being happy to share the details with a technology company, remains an issue for digital ID companies.

Ms Milligan says: “You have to have agreed standards for ensuring that data is respected.

“For digital IDs to be a solution that works across the UK, we need the government to step forward and make sure that all the organisations currently working independently come together under a set of standards that everyone complies to.”

She also suggested the industry may need a regulator to ensure that these standards remain high.

One of the main drivers for digital IDs is the advancement of security technology on mobile devices, such as facial recognition and fingerprint scanners.

Ms Milligan adds: “Once you have a device that can indisputably prove who you are with a thumbprint, then that allows digital identity to work very easily.”

However, she acknowledges it will never be able to eradicate the possibility of fraud.

“There are already a huge number of fake passports produced,,” she says.

“Fraudsters will always exist – all we can do is try and make the technology as robust as possible.

“A digital ID is less easy to steal, copy or make a fake of and you can build double checks into a digital identity, which you can’t with a physical ID.”

Yoti – which stands for “your own trusted identity” – is one of the main digital ID apps currently on the market.

It launched in the UK in November 2017 and has now set up 3.6 million digital identities globally.

Founder and CEO Robin Tombs, who was previously working in the video game industry, believed the way people proved their identity online was broken.

Julie Dawson, director of regulatory and policy for Yoti, says: “I think we will soon be moving into an area where there’s parity of acceptance for physical and digital ID – as long as they have the same standards.

“At the moment, there are limitations with physical ID, such as fakes, and there’s an acceptance that the current system of verification isn’t perfect.”

She believes that digital IDs, such as Yoti, could be the solution.