The editor of Wired tech magazine and a Silicon Valley investor were part of a line-up of speakers on day two at the Digital Festival 2018 Cardiff. Compelo reporter Felix Todd was in the audience 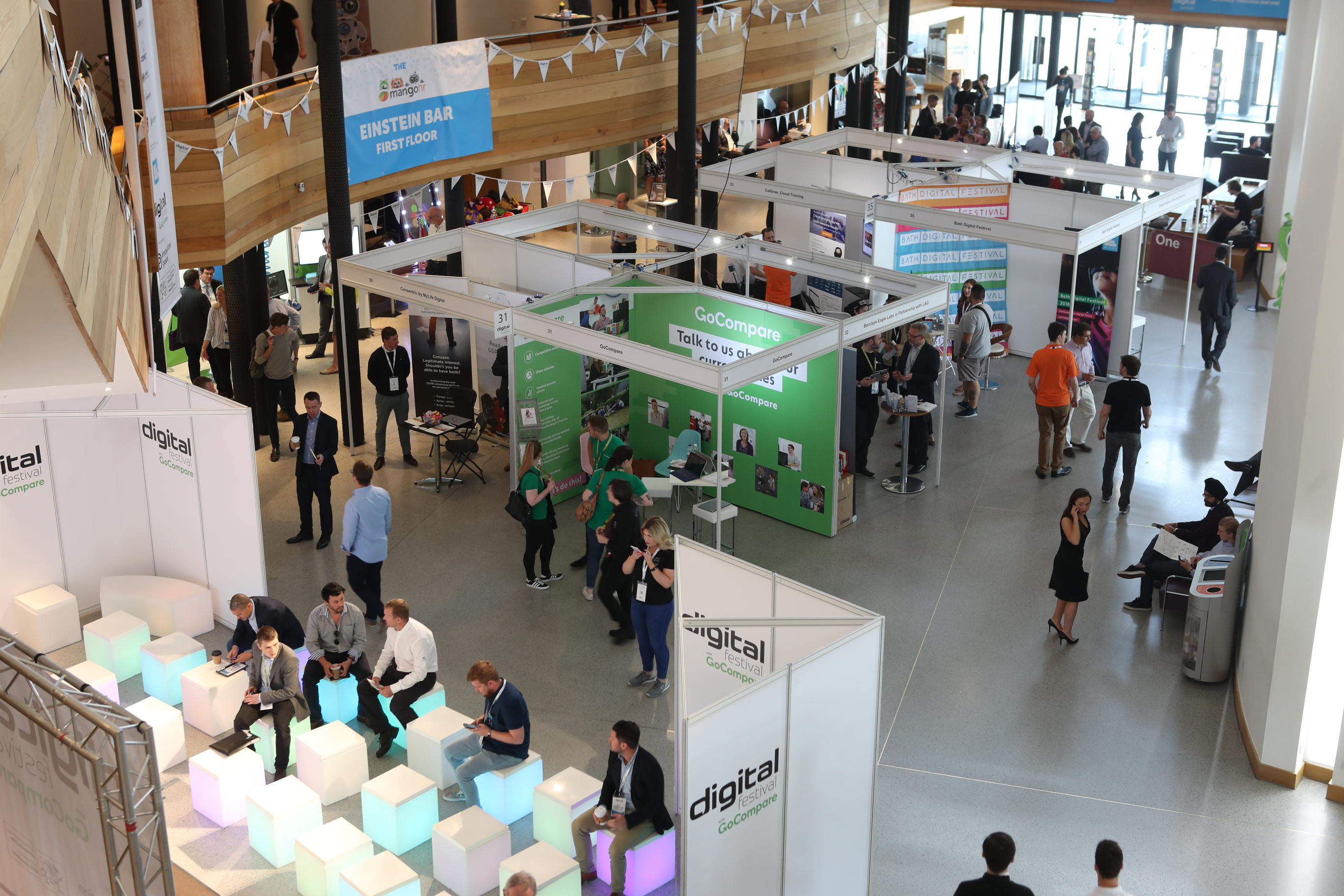 The Digital Festival 2018 was held at the Wales Millennium Centre, in Cardiff

A Silicon Valley investor told start-up entrepreneurs not to let failure knock them down on day two of the Digital Festival 2018 in Cardiff.

The editor of Wired tech magazine was also on hand to talk about his search for innovation across the world in a keynote speech at the Wales Millennium Centre today (Tuesday 22 May).

They were among the high-profile speakers as the event continued a celebration of Wales’ rapidly advancing tech scene.

The country is undergoing a process of widespread digital transformation, and the sixth annual festival, sponsored by GoCompare, gathered budding entrepreneurs and CEOs alike to debate and discuss Wales’ ongoing effort to catch up with London and Silicon Valley.

Innovation Point, an organisation dedicated to funding entrepreneurship in Wales founded two years ago, hosted the event and its boss said he is encouraged by the growing popularity of the Digital Festival and the progress the country is making in tech as a whole.

Speaking to Compelo, CEO David Warrender said: “When you look at the signs of positive movement there are a whole series of things that weren’t in place five years ago.

“There is money going into city deals from the Government to drive growth, we’re running a couple of accelerator programmes which didn’t exist before and there’s a series of co-working spaces cropping up as well.

“None of these things were really around five years ago, and they all prove that things are moving forward.”

Here’s what we learned on day two.

Wired UK’s founding editor-in-chief David Rowan, speaking in a keynote speech on the event’s main stage, expressed excitement at the digital innovation happening in Wales – and believes it’s indicative of a global trend, having travelled around the world in search of genuine advancements in all industries.

Mr Rowan said: “Everybody is looking for innovation but it’s really hard to define what it is and equally hard to build it.

“I became a bit obsessed in my quest to see if companies were actually innovating or just saying they were.”

He pointed to examples like Qantas Airways, which “reframed its value by identifying the successful part of its business and making that its future”.

The Australian airline suffered a record £3.7bn loss five years ago but knew the loyalty programme, which lets Qantas customers accrue points to be spent in restaurants and supermarkets on a range of products, was doing well.

Innovation pops up from nowhere and failure is part of business – what we learned from Digital Festival 2018.

So what are the challenges to #innovation? ?

Founding editor of @WiredUK, @iRowan believes to innovate you must create a culture where talented people feel empowered to take risks ? #DigitalFest pic.twitter.com/u9vAtQpdPv

With a dramatically enhanced focus on that area of its business, the company now sees it account for 30% of its profit.

Mr Rowan added: “By 2022 it will be bigger than the rest of the business, and it’s sustainable in a declining market.

“That’s real innovation and it’s happening in lots of places you might not think to look, which is really exciting.”

Keith Teare is CEO of Accelerated Digital Ventures – an investment engine designed to source and support global tech companies – and has made a career out of entrepreneurship.

He now spends half his time in Silicon Valley and the other half in London helping others grow their ideas.

Despite being huge successes in their own right, all of them “failed at one point or another, not because they were bad ideas, but because they had to,” according to Keith.

He told Compelo: “If I could go back in time and tell myself as a young entrepreneur that failure is part of business, I absolutely would.

“It’s often no fault of your own, markets change and technologies adapt, but the key is not to deny it when things are going bad, but to learn the lessons and move forward.

“I’ve found that there should be no limit on vision, but it’s important to not get ahead of yourself and take things one step at a time. I call it thinking big and acting small.”

The 2017 Tech Nation report, which analyses digital activity in the UK, found Wales had 17,471 digital jobs and 103 start-up births.

Recent Government funding also contributed to the digital growth, with the £1.28bn Cardiff Capital Region City Deal in the works planning to build a world-class metro transport system in addition to a number of measures to drive digital innovation across South East Wales.

But Mr Warrender said there is more to come, adding: “It feels to me like we’re in the early stages of something quite special in terms of growth in the region.

“Even in just the last 18 months we’ve seen a step-change.

“We’ve got the infrastructure, some of the money is now coming into the region, we’ve got the ideas – loads of start-ups with great ideas – and once you bring all that together you know you’ll be able to make some real progress.

“The headline will always be Cardiff, but the whole of Wales is becoming increasingly recognised for its role in tech.”