Seven digital disruptions you might not see coming: From mind-reading machines to real-time language translation 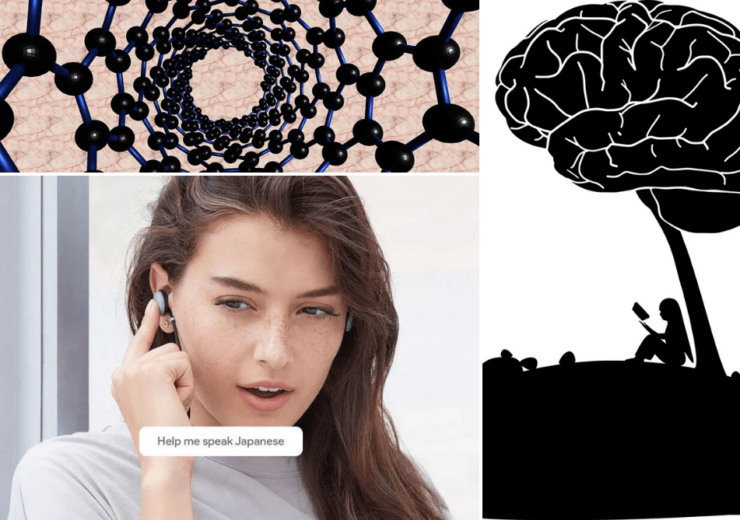 Swarm intelligence, real-time language translation and nanotechnology are among some of the biggest examples of digital disruption that businesses need to plan for in the coming years.

Gartner distinguished VP analyst Daryl Plummer has picked out a number of new technologies already available, but being improved every day, which could a transformative impact on society and industry.

Unveiling seven tech trends he believes to be most important at the Gartner Data and Analytics Summit in London this week, he urged chief information officers to get behind them right now to cause “wilful disruption” that will ensure they don’t get left behind.

“It has a disruptive effect on everything – not just data centres and technologies, but in society too because we now do things differently due to disruption.

“We’re all looking at a little screen because of it, and that’s changed society’s power of interaction.

“We now know more people around the world than ever before but meet less people. We can now talk to our computer.

“Society must adjust to technologies, just as industry and business does to gain competitive advantage by getting to customers faster, extending ecosystems to partners all over the world, and reinventing or entering new markets.”

Digital disruption examples on the way

The next generation of supercomputers made a second successive appearance in Daryl’s list due to the fact quantum computing remains in such an embryonic stage but could have perhaps the biggest impact of any technology in the works.

It applies the properties of quantum physics in computing to process information at a rate where it takes only days or hours to solve problems that would take billions of years using today’s computers.

Computer Business Review editor Ed Targett explains: “While the building blocks of classical computing are ‘bits’ that use the 0 and 1 vocabulary of binary code, quantum computers use ‘qubits’ that draw on two-state quantum-mechanical systems.

Although the technology faces challenges to overcome – he notes they remain error-prone, hard to scale and require novel mathematical schemes to compensate for external “noise” – they could one day provide breakthroughs in discovering drugs and materials, optimising complex systems and artificial intelligence.

Daryl expects it to revolutionise the pharmaceutical industry in particular by 2030.

“It won’t be faster at storing all the books in the world because that’s something a digital computer can do just as effectively, but it could detect cancer faster and help us design new drugs,” he says.

He urges CIOs to explore the quantum cloud, hire more data scientists to work on the concept and identify the quantum encryption threats that could arise.

A new wave of wearable technology is coming to market that enables two people to speak in different languages but hear instant responses in their own tongue.

Gartner says it’s already leading to new opportunities and predicts its ability to knock down language barriers could be transformational by 2023 – but could one day spell the end for human translator jobs.

Daryl says: “We can enable our people to be more effective communicators in foreign arenas because we’re making language easier to understand.

“Employees should start getting used to the technology, especially those in international jobs.”

Nanotechnology, another disruption repeated in Daryl’s list this year, revolves around the application of extremely small atoms and molecules that can’t be seen with the naked eye on a much larger scale.

Some scientists predict the manipulation of nanostructures could be used to reproduce things like diamonds and food to developing fast-charging batteries and lighter materials for more efficient spacecraft.

Daryl highlights possibilities such as the creation of self-healing materials that could make almost anything more durable and “smart contact lenses” that allow wearers to watch a video without the need for a device.

“Nanotechnology will be everywhere,” he says. “We could have organic 3D printing that can build a scaffolding to grow organs so they don’t get rejected.

“The ability to do these things is real but they aren’t being mass-produced yet.”

He expects nanotechnology to be able to expand some markets by 2023, with a particular impact on Internet of Things technology.

But CIOs should beware of the security threat that remote nanosensors could cause by having the ability to bypass firewalls via the smallest cracks.

“They are aware, they are autonomous of each other, but act together,” explains Daryl, comparing the concept to the behaviour of a swarm of bees.

“They’re resilient so if one fails, another will take up the slack. These systems act in solidarity and can expand.”

Daryl says it will disrupt models of problem-solving across various industries, giving the example of adjusting formulas of pesticides used on crops in farms to improve yields.

He adds: “By 2023, it will extend markets and begin optimisation problem-solving modelling that quantum computers will be able to use.

“It also allows us to think of AI solutions that use swarms in everything we do – our software and devices.”

One company already working in this field of artificial intelligence is Unanimous AI.

The US start-up has developed software called Swarm AI, which enables groups of people to connect with each other over the internet and make predictions on various outcomes, such as sports matches, financial markets and medical diagnoses.

An AI bot uses algorithms to detect not only the forecasts made by the participants, but the varying degrees of certainty each person has for individual scenarios.

It analyses this information and eventually reaches a consensus from the “swarm”.

Human beings are being equipped with “super-abilities” because of technology – consider how some people can run on blades faster than with human legs or smart hearing aids that pick up sound better than the ears anyone else is born with.

The next stage could be PC thought control, where a brain-computer interfaces connect people who are paralysed to machines that can do the moving for them – all with the power of the mind.

And it’s not as far off as we might think, with mind-reading technology already in existence with “mind link” devices.

Daryl says: “Today, it’s possible to take an image from your mind with a computer. I can print out a picture of a person in your dreams.

“It won’t be perfect but you will be able to identify who it is.”

He believes human-machine interfaces could reinvent markets by 2032, turning disabilities into “super-abilities”, but it also poses security risks.

“When the machines can ready our mind, we have to block that ability so they can’t take those things from our heads,” he adds.

No longer are companies and consumers buying software to own, but they’re renting it as a service instead.

This is nothing new, perhaps, but Gartner expects this trajectory to get even steeper with $450bn (£343bn) at stake.

Daryl says: “We’ll get ‘try before you buy’ for software like you do with shoes. You then don’t have to deal with all the licensing plans and can have an App Store for everything you’d ever want to do with software.”

Amazon Web Services, the Amazon subsidiary that provides on-demand cloud computing platforms on a subscription basis, is the pushing the software marketplace concept, while Google, Microsoft, Apple and Alibaba are among the big names also chasing this dream.

While this concept is already transforming software ownership and distribution models, Gartner predicts it will reinvent some markets by 2022.

Right now, the smartphone is king – it can control and track every other device, from a car and washing machine to lighting and televisions.

But Daryl argues this is because handset manufacturers work with mobile network operators to deliver these services.

“What happens when that changes and the device manufacturers take over the fabric for communication and access?” he asks.

“If they do that, they can deliver all sorts of devices.”

He gives the example of how an Amazon Echo Auto – the Alexa-enabled device designed specifically for cars – currently uses a smartphone plan but future integrations of the software into vehicles may not require a phone at all.

“A million new IoT devices are coming online every hour of every day,” he adds. “It could reinvent markets by 2023 and disrupt the smartphone as the centre of everything.”