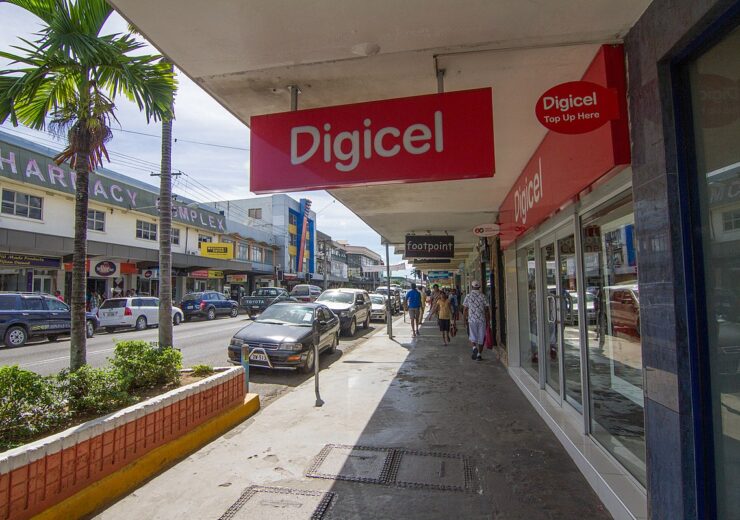 Telstra to acquire Digicel Pacific in a deal worth up to $1.85bn. (Credit: Maksym Kozlenko/Wikimedia Commons)

Digicel Group, a Caribbean mobile phone network company, has agreed to divest its fully-owned subsidiary Digicel Pacific (DPL) to Telstra, an Australian telecommunications provider, in a deal worth up to $1.85bn.

According to the parties, the consideration includes a three year earn-out of $250m.

The acquisition will be carried out by a subsidiary of Telstra, in partnership with the Australian government.

Telstra will contribute $270m of equity to the upfront purchase price.

On the other hand, the Australian government, through Export Finance Australia, will provide $1.33bn via a mix of non-recourse debt facilities and equity like securities.

Telstra will own and operate Digicel Pacific and will fully own the latter’s ordinary equity.

Telstra CEO Andrew Penn said: “Digicel Pacific is a commercially attractive asset and critical to telecommunications in the region. The Australian Government is strongly committed to supporting quality private sector investment infrastructure in the Pacific region.

“We previously said that if Telstra were to proceed with a transaction it would be with financial and strategic risk management support from the Government.

“We also said that in addition to a Government funding and support package, any investment would also have to be within certain financial parameters with Telstra’s equity investment being the minor portion of the overall transaction.”

Nearly 76% of Digicel Pacific’s revenue comes from its mobiles business. The remaining is generated from TV, broadband services, and business solutions.

“I am very pleased that today’s agreement with Telstra, our very near neighbour in the Pacific, will further enhance DPL’s infrastructure, data and call termination links with one of the largest and most reliable networks in Australia.”

The deal, which is conditional on customary government and regulatory approvals, is anticipated to close in Q1 2022.