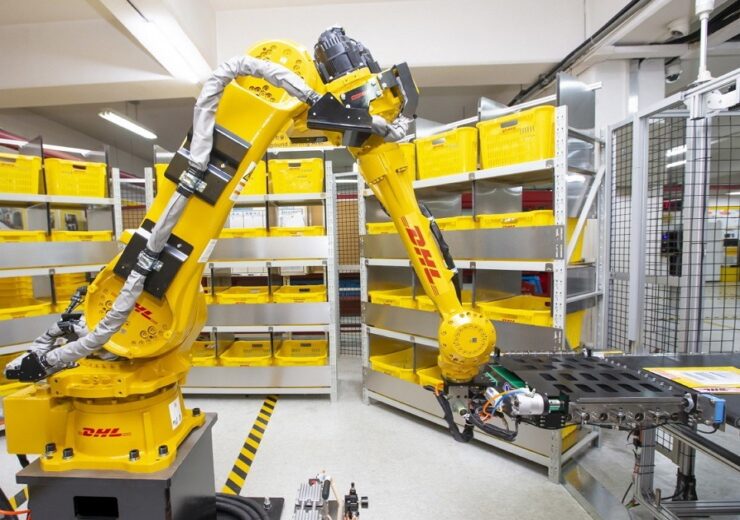 Called DHLBot, the robot has been deployed in two countries in the Asia Pacific to replace manual sortation of small parcels.

The automated parcel sortation is expected to result in enabling the company’s hubs and gateways to handle increased volumes, especially during peak season.

During the peak months of November and December last year, DHL Express witnessed a 17.3% year-on-year increase in shipment volume.

To deploy the DHLBot, DHL Express has partnered with AI-powered robotic solution provider Dorabot. A pilot that was conducted before the actual deployment showed a significant boost in parcel sortation productivity and service quality.

DHL Express Asia Pacific CEO Ken Lee said: “Sorting parcels might seem like a straightforward process but it actually takes a lot of time, effort and precision to ensure that they get to their addressees without a hitch!

“These innovations, however minor they seem, will really boost our employees’ and operations’ productivity and efficiency.

“The DHLBots are a demonstration of our innovative spirit as we continuously seek solutions to automate repetitive tasks and correspondingly, position us at the forefront of next-generation express logistics.”

The automated parcel sortation process involves the usage of advanced 3D and barcode cameras, which scan the airway bill on each package for its targeted destination as it travels through the conveyor belt.

Positioned at the end of the conveyor belt, DHLBot receives the package’s information and its destination. The AI-powered robot later intelligently sorts the package into respective delivery bins that sit on racks surrounding it.

According to the company, the process helps in reducing the dependency on employees to manually read waybills and sort parcels.

The DHLBot deployment is one of DHL’s digital transformation projects to enhance customer and employee experience.

DHL Group plans to invest nearly €2bn till 2025 on initiatives that improve operational efficiency through automation and robotics as well as advanced data analytics.