David Ingham, of Cognizant, claims the recent examples of de-ageing technology in Martin Scorsese's movie, The Irishman, could mark a "new era for filmaking" 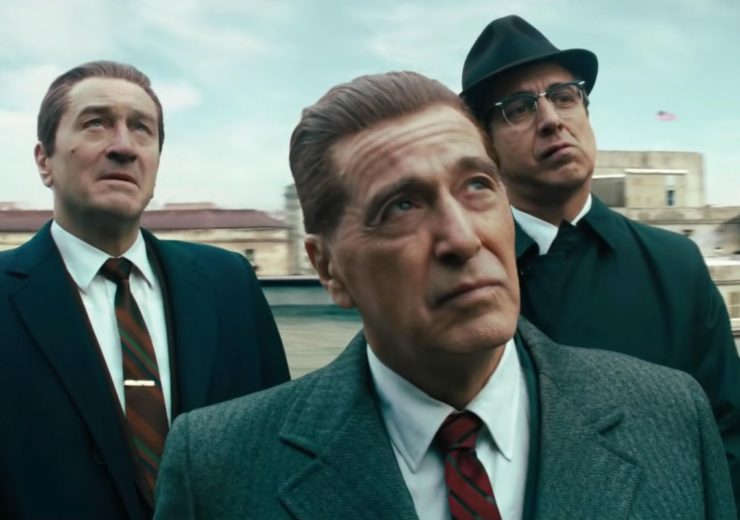 Hollywood actors can now get a digital face-lift through de-ageing technology. David Ingham, digital partner for Cognizant’s Media & Entertainment division, explores what this could mean for the industry.

De-ageing technology is the talk of Hollywood as two major films employing the technique play on screens around the globe.

The first sees Will Smith appear as a younger cloned version of himself in Ang Lee’s Gemini Man, while Martin Scorsese’s The Irishman includes characters played by Robert De Niro and Al Pacino portrayed in various stages of their lives.

This is an example of how evolving technology is being used to transform content and enhance the experience of viewers and, in many cases, provide an improved return on investment.

While de-ageing is nothing new — earlier this year, Samuel L Jackson was digitally de-aged for his role in the Captain Marvel — Gemini Man and The Irishman could mark a new era for film-making of this kind.

This is largely due to the combinations of talent involved. The directors, Scorsese and Lee, are multi-award-winning auteurs and renowned cinephiles — making the fact they’re exploring this technology a strong endorsement of it.

Add to this the calibre of actors  and that backing just gets stronger.

We know what Smith looked like in his early 20s because we have all seen The Fresh Prince of Bel Air and similarly, Pacino and De Niro’s youth and subsequent ageing has been fully documented in their decades-long careers on screen.

These films are therefore a fascinating test case for the efficacy of this technology, as we are all familiar enough with how the end result should appear.

It seems with these films that the revolution is here, with technology seeking to improve both audience experience — perhaps encouraging more people to watch, growing the overall market — and the film-making process, in terms of ease and cost.

Off the back of these films, we are likely to see further investment in de-ageing technologies as film producers get to grips with the new tech — much like the rise in CGI several years ago.

It would be wise for those in the entertainment industry to start exploring small use cases of the technology in the case of increased demand.

However, the success of these big budget, highly promoted films will largely rely on the effectiveness of the de-ageing techniques and, although both films seek the same outcome, they use different technology to achieve it.

Of the two films, The Irishman takes the more traditional route, though more time-consuming, and therefore more costly, approach of digitally manipulating the image in post-production.

This is essentially like giving the actors virtual cosmetic surgery with CGI.

The scale and detail of Scorsese’s work saw the production costs soar, so much so the original distributor Paramount pulled out, allowing Netflix to rescue the project.

It is estimated to be around two-thirds over its original $100 million budget, in no small part due to the specialist de-ageing technology required.

CGI and other post-production techniques have long been used, if never quite on this scale.

Gemini Man could open the door for the future of Hollywood, or open Pandora’s Box in the ramifications it might have for the industry.

Essentially what Lee has done is harness the techniques that underpin the deep-fake videos that have already been causing a stir online.

For Gemini Man, the production team devised an advanced motion capture technique, similar to the one used for the character of Gollum in the Lord of the Rings trilogy.

A virtual model of “young Will Smith” was built, allowing for the performance to be captured live, rather than transformed in post-production.

It is hard to convey conceptually, but when you watch the film you are not seeing any split-screen trickery or behind-the-scenes wizardry.

In much the same way as various apps on our phones can manipulate our faces in real time, Gemini Man’s technology allowed Smith to be shot live as his younger self.

Here is where we see film, production and entertainment firms using technology to respond to changing consumer expectations at digital speeds.

The repercussions of de-ageing technology

An interesting repercussion is how this will change the making and casting of films, and what this will mean for actors in general.

Film makers will need to consider and implement the necessary regulations now, before it is too late.

There are concerns around executives using the technology to age the latest 20-year-old phenomenon instead of using seasoned, more expensive actors.

Conversely, de-ageing could be used to cast more mature actors rather than searching for new talent.

This is something that would need to be given due consideration, with industry-wide agreed boundaries and limitations before it becomes mainstream in the industry.

Similarly, image rights could become a live concern. If anyone can now appear as “Tom Cruise”, why would you hire the actual Tom Cruise when you could save on the cost and do it all with technology?

Other questions around who would own the rights — the actor, the studio or the technology companies — and who would be responsible for regulation could also arise.

It is a thorny issue but one that will need to be grasped, and quickly.

Even if The Irishman and Gemini Man are not perfectly executed, this technology will be updated and refined rapidly, and is sure to be used more widely from now on.

If we look at how quickly fake news was able to snowball, to a point where it now feels close to impossible to claw back any credibility, the importance of getting these processes in order ahead of time should be apparent.

Given the amounts of money at stake, the repercussions from failing to do so will be significant and expensive.