Referring to itself as an “over-the-top banking platform”, Curve connects all of a user’s accounts into a single smart card and app 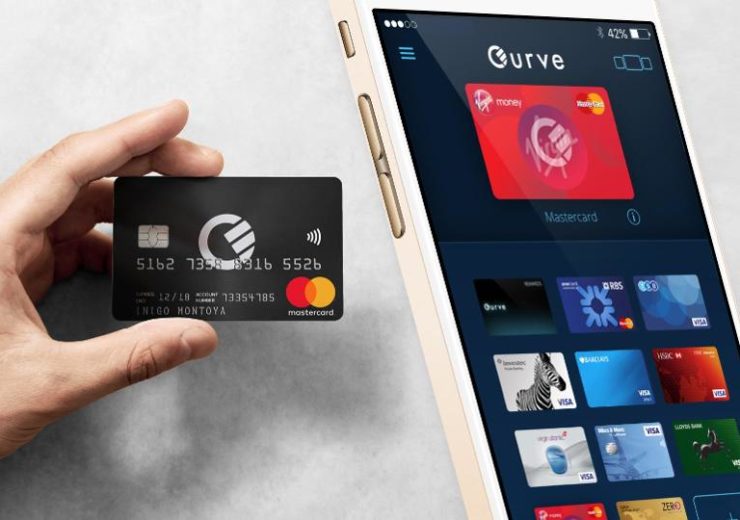 Curve users can spend from multiple accounts and switch to whichever card they wish to use by paying with the single smart card (Credit: Curve)

Curve, a banking platform that fuses multiple payment methods into a single card, has smashed records by raising £4m ($4.8m) less than an hour after launching its first ever crowdfunding campaign.

It became the fastest start-up to reach the figure in history by hitting the milestone in 42 minutes, having already cleared its original £1m ($1.2m) target in under five minutes.

The UK fintech – which by 3pm BST on Tuesday (3 September) had raised $6m (£7.2m) – also claims its 9,500 investors beats a previous record held by personal finance app Chip, which had about 6,500 investors.

It aims to simplify person finance by enabling customers to consolidate all their money into one place so they can control and save money.

Founder and CEO Shachar Bialick said: “Curve customers are the beating heart of Curve and the unprecedented success of our first ever funding round demonstrates their faith in the business and shows the world that people are ready for a revolution in finance.

“We have been blown away by this record-breaking investment from the Curve community and we are delighted to welcome them on board our mission to move banking to the cloud and change the world of finance forever.”

How does Curve work?

Referring to itself as an “over-the-top banking platform”, Curve connects all of a user’s accounts into a smart card and app.

Once all banking cards are added securely to the app, customers can spend from multiple accounts and switch to whichever card they wish to use by paying with the Curve card.

Launched commercially in February 2018, the start-up claims to bridge the gap between legacy banks and the rise of fintech by making it possible for people to try 21st century ways of managing finances without having to leave their bank or top-up an account.

Ahead of the crowdfunding, Curve had raised £60m ($72m) from investors including Gauss Ventures, Oxford Capital, Connect Ventures, SpeedInvest, Investec and Seedcamp since the company’s inception in June 2015.

It has also amassed more than 500,000 customer sign-ups, while its team has grown from 49 staff in September 2018 to 160 across offices in London and Bristol today.

The company believes it will hit one million customers by the end of the year.

As part of the crowdfunding launch, investors were invited to back Curve from as little as £10 ($12) to get their hands on a limited edition red investor card, with additional benefits available for those who invest up to £1,000 ($1,200).

Crowdcube is the world’s largest equity crowdfunding platform and has been used by start-ups including Monzo, Nutmeg and Freetrade to raise investment in the past.

Luke Lang, co-founder of Crowdcube, said: “Curve has brilliantly inspired its community with its vision to create a better financial world, its innovative product and ambitious team.

“The impressive level of investment underlines the strong bond Curve has with its community, who clearly believe in the company and I’m sure will help supercharge its next phase of growth.”