Companies including Ikea, Braun and Kenwood are working with the Wireless Power Consortium to develop smart cooking appliances that can take advantage of wireless charging to create a cordless kitchen 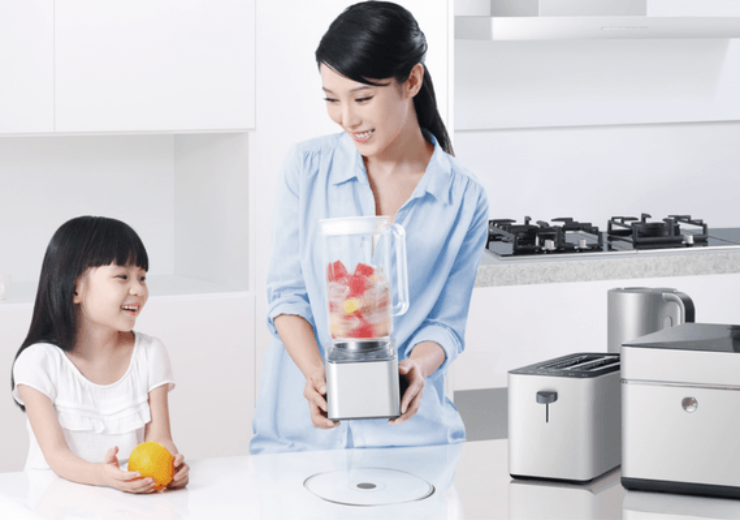 From cooking eggs at the dinner table to turning up the heat for a hot pot from another room using a smartphone, the cordless kitchen could soon be the hub of our homes – and it’s all down to advances in wireless charging.

While kettles, blenders and microwaves need to be plugged in right now – and hobs are fixed to bench tops – the way we use our kitchens could be completely transformed if we could remove clutter and save space.

The Wireless Power Consortium (WPC) – a multinational group comprising tech giants like Apple and Google, alongside other businesses from a range of invested industries, promoting and standardising wireless charging – showcased the benefits of a cordless kitchen to journalists and analysts in London this week.

Why do we need a cordless kitchen?

Hans Kablau, chairman of its kitchen working group, said this was on the radar of tech companies because of the trend towards more people living in big cities, within small houses and apartments – putting space at a premium and increasing the need for versatility and less clutter.

“Our 2025 concept involves having a table at the centre of activity – for preparing food but also for downloading and looking at recipes, and then eating with the family,” he added.

“Digital innovation needs to find its way into our homes and kitchens – the combination of smart connectivity and wireless power seems to be a heavy shift.

“Cordless kitchens have a tremendous ‘wow’ factor. When we’ve shown this to the public, think of wireless power as part of a gadget environment and don’t expect it can be part of our everyday lives in something as homely as a kitchen.”

What’s inside a cordless kitchen?

Examples of smart technologies inside a cordless kitchen are a smart coaster, a cooking stove that is suited for induction heating between a cordless power transmitter and conventional cookware – but provides thermal protection of the counter-top.

Smart features enabled by wireless power devices would include the ability to download and read recipes, take exact control of cooking times and temperatures, and manage via a smartphone.

Juicers and mixers could also become more portable and versatile, while toasters and egg cookers could be used on the kitchen table.

As the WPC points out in a white paper on the cordless kitchen, table-top cooking is popular in Asian cuisine, such as Chinese hot pot cooking, Japanese shabu-shabu and Korean grilling.

It says the versatility of cordless appliances “expands the possibilities of table-top cooking, and makes it much easier in terms of set-up, clean-up and putting appliances away”.

Mr Kablau said: “Appliances can be rinsed under the tap or put in the dishwasher because there’s no power cord.

“You’ll have a tidier counter-top and kitchen. Space efficiency is one of the most compelling features for a wireless kitchen.”

At first, he believes manufacturers are most likely to create portable kitchenware like the smart coaster but he eventually wants to see complete integration – where a transmitter is completely hidden into counter tops and tables.

“That’s the end goal because it provides the best user experience as it takes technology out of sight completely,” Mr Kablau added.

How wireless charging will help the cordless kitchen

The WPC is the organisation behind the Qi wireless charging standard currently used in smartphones like the Apple iPhone X and Google Pixel 3.

While these devices typically require between 5 watts (W) and 15W of power – and are categorised under Qi as power class zero – power class two is being drafted in for anything between 200W and 2,400W.

A number of manufacturers are now developing appliances that could help people save space in the kitchen.

Industry giants including Ikea, LG, Siemens and Bosch owner BSH Hausgergate, Kenwood, Braun, GE Appliances, Philips and De’Longhi are part of the WPC kitchen working group, which was established in 2013.

Mr Kablau – who said 60% of consumers it has surveyed would be interested in a cordless kitchen – added: “These companies share a vision that the kitchen could be rid of power cords and become wireless.

“We have a draft specification for the standard. The big thing is achieving interoperability, so they can work on independently developed and sold transmitters and power sources.”

It enables two electronic devices to establish communication by bringing them within 4cm of each other, so this would reduce risk of accidentally triggering kitchen equipment like stoves.