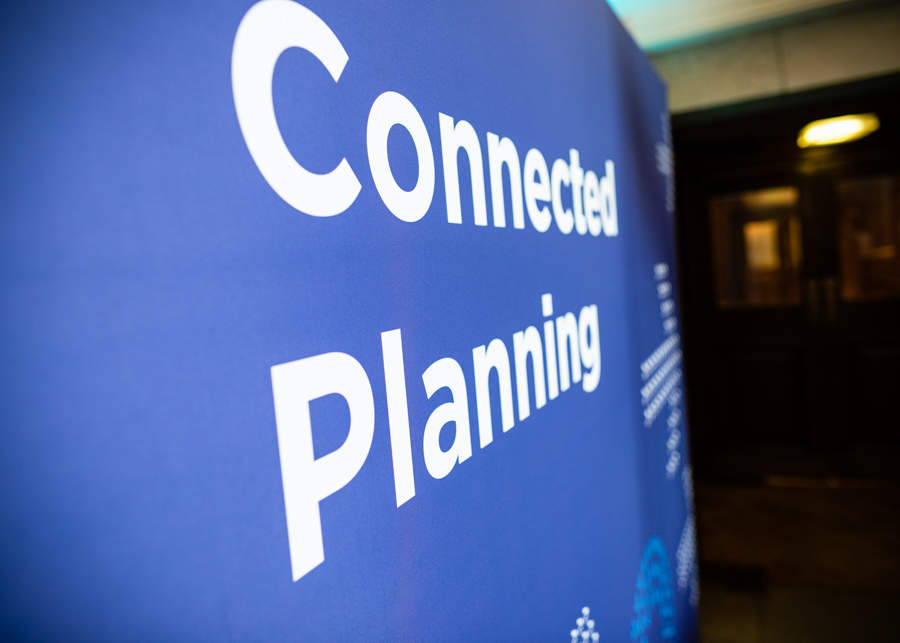 For CEOs and managing directors, planning for the future is an integral part of their day-to-day life.

Due to the fragmented nature of big organisations it can be a highly complex process but by using data, employees at all levels are brought closer together.

That’s where Anaplan comes in, a tech unicorn that has identified a universal need among companies for a planning, organisational and communication tool that keeps up with the rigours of modern business.

The company, founded in York but with its global headquarters in San Francisco, demonstrated the capabilities of its cloud financial planning committee at an annual showcase event Hub Comes to You in London earlier this week.

In the keynote speech, CEO Frank Calderoni referred to his business’ tool as “connected planning” and extolled its ability to “dramatically increase the efficiency and productivity of any organisation”.

“We are determined to reduce the distance between planning and real-time decision-making down to zero,” he said.

The topics that cropped up during the conference’s panel discussions and round tables included some general comparisons of spreadsheets to Stone Age tools and covered much of the usual platitudes around AI and machine learning (they still aren’t here yet and they probably won’t take our jobs).

The line-up of speakers – which included representatives from high-profile customers like Coca-Cola, Thomas Cook and Travalex – were united on their faith in connected planning, though, which they said works because it reduces the time spent on menial data collation so businesses can focus on doing more meaningful things with the results.

‘Planning as we know it is dead’

In an interview with Compelo, Mr Calderoni said: “Anaplan is, at its heart, a way of democratising data for everyone in your business so they can view it together, work on it together and do better things with it together.”

He painted a vision of life with Anaplan where the cloud-based tool collects data, tracks market change, alerts your team members of that change, lets those team members brainstorm solutions, review previous actions, and plan accordingly all on a single platform.

Mr Calderoni was quick to mention the drawbacks of other similar systems in the market today, saying: “With IBM and Oracle, they tend to be more expensive, slower and not flexible.

“Nobody else out there really offers everything a business needs to plan effectively on one platform.

“They operate on a system of the past, literally, where they are looking at past data and history a little too much. In other words, planning as we know it is dead.

“Anaplan is a seamless tool for all users where everyone can see important data and make the most of it.”

Speed and flexibility are also key differentiators for the system, he believes.

Mr Calderoni added: “We can go from initial meetings with our customers to full system integration in around eight to ten weeks.

“But the process doesn’t end there, it’s iterative, so if everything’s not perfect first time around the customer can tweak and adapt the system according to their needs using its built in, user-friendly interface and top-to-bottom flexibility.”

Proof is in the pudding

The conference’s main panel discussion included Anaplan users from some big name customers who had used the platform and achieved success with it.

They included Coco-Cola, which sells its concentrates, beverage bases and syrups to small bottling operations and runs the outsourced companies’ branding and marketing initiatives.

“Coca-Cola was going through a lot of change when we found Anaplan.

“In the US it used to be we had one bottler for the whole region, then this changed to 68 very quickly.

“We needed a way of managing all these bottlers effectively, getting useful information to and from all of them, letting them track change and plan together with us accordingly.

“For us, Anaplan meant we could collect customer data and feed it straight to our 68 bottlers all at the same time, which helped speed up our processes as well as minimise risk.

“Of course, we didn’t set things up perfectly on the first iteration, but that’s the beauty of the tool, it’s flexible, genuinely flexible, and we were able to adapt it as we gathered more and more data.

“Everyone in Coca-Cola wants to use Anaplan now they’ve seen the potential. We’ve taken to calling it a ‘single source of truth’ and a ‘book of record’.”

“When we were looking at using Anaplan we wanted three things – for it to be cost effective, to be able to implement it quickly, and for it to be flexible – and we’re happy to say it was all three.

“Anaplan was scalable to our needs. It let us connect sales teams, finance teams, users and more and helped them to work together more effectively which has so much value.

“For example, before we had access to the platform, we recently went through a period of rapid growth, which was great, but our sales team didn’t have access to the spread sheet number ‘10,000’, which had the latest figures, so they didn’t allocate enough people to man the phones.

“That doesn’t happen with connected planning because everyone is using the same tool, which is being organically updated all the time and is completely visible for everyone in all your teams.”