Lots of them talk about it but there are far fewer companies using AI outside the tech world today. Together with Microsoft, Shell, Mercedes-Benz and ASOS are proving an exception to that rule, as Felix Todd found out at Microsoft Future Decoded 2018 in London 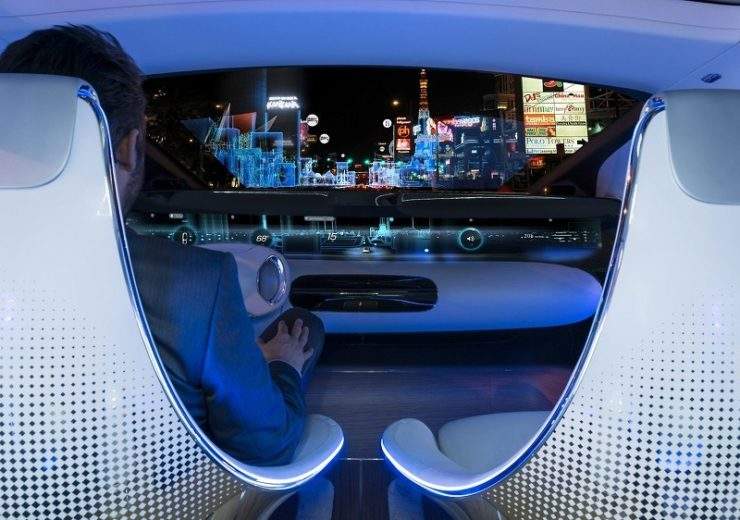 It’s a technology that’s subject to no small amount of speculation – but when it comes to real-world implementation, there are three companies using AI together with Microsoft that have been recognised by one of software firm’s most senior figures.

Microsoft Azure executive vice-president Jason Zander holds oil and gas firm Shell, automaker Mercedes-Benz and fashion brand ASOS’ use of AI as among the most innovative in the world today.

Speaking at the Microsoft Future Decoded 2018 event in London, he said: “AI has massive potential to transform business in the UK, but it has to be done in the right way like every technological innovation out there.

“These companies are demonstrating some really novel ways of using the technology to actually have a really profound impact on their business.

“We know from our research that 51% of businesses don’t have a proper AI business strategy in place, so there’s lots to learn from these companies who are really innovating with the technology.”

Royal Dutch Shell is a global oil and gas company, headquartered in the Netherlands, with more than 92,000 employees worldwide and an operating income of over $15bn (£12bn).

It is using Microsoft Azure, the tech firm’s latest AI-based cloud computing service, to predict when equipment and machinery at its oil rigs will need maintenance.

In addition, the company has also collaborated with Microsoft to implement a smart camera system at its petrol stations that dot the world’s cities and motorways.

Mr Zander said: “In this case, one of the products Shell is using is smart cameras – it’s installing them at its service stations and it can pull images from them.

“From this data, the in-built AI determines what kind of behaviour the subject is engaging in – whether it’s reckless behaviour or theft.

“My favourite is it has actually created a prototype code that can watch and see if someone is smoking – which is probably not a good idea at a gas station.

“The cameras, using this code, can actually tell if someone is doing this and it will flag it up immediately for the operators so they can actually shut off the pump.

“Behind the scenes, it’s also using them to look for defects in the manufacturing process, in addition to improving inspections as well, so there’s amazing amounts of things you can do with it.”

Founded 91 years ago, Mercedes-Benz has become one of the largest automakers in the world.

The Daimler subsidiary is based in Germany, and is working with Microsoft to use AI as a way of improving the efficiency of its various sales divisions.

“It’s taking data from macroeconomics – and legislation and sales information – and then it’s running AI over the top of that to figure out the best ways and what offers it can make to its locations around the world.

“It’s a great example of really maximising AI potential to optimise the data sets you have access to as a global company with a lot of customers and a long history.

“We’re seeing similar things being done around predictive maintenance, predictive scheduling where you’re making sure your equipment is not only up and running, but in its best shape at all times.”

UK-based fashion brand ASOS’ 18-year history involves a lot of collaboration between the tech side of its business and Microsoft.

“Data science and AI are now a critical part of the business and has been key in its journey, doing things like visual search, the fit assistant and some really great algorithms for recommendations.

“It’s an awesome integration – ASOS is training its data to work for it and using that on its site.

“It can sort through its entire data set in about two years, which shows you what can happen when you get this modern way of thinking in place and actually optimise your entire system.”