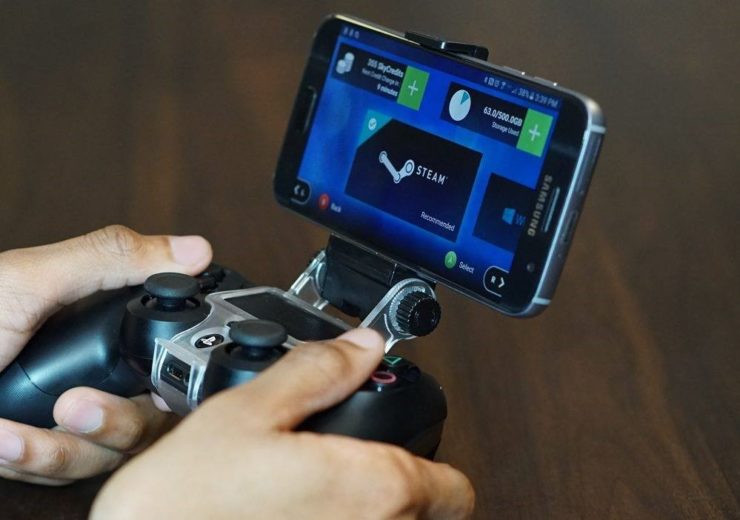 Like many other frontier technologies, cloud gaming has had a difficult birth with more than a few false dawns – but it looks to be on the rise in 2019 with multiple companies now offering the streaming service.

It offers the ever-expanding gaming consumer base a way of playing the biggest, most graphically-demanding releases on devices like smartphones, thus avoiding the huge price tags associated with powerful PCs and consoles.

The $140bn (£106bn) video game industry has traditionally been dominated by Sony, Microsoft and – to a lesser extent – Nintendo.

Each of these companies are beginning to experiment with cloud gaming through Sony’s PlayStation Now and Microsoft’s Project xCloud platforms, while some games can be played via an online stream on the Nintendo Switch.

But like the internet has made many other areas of industry more democratic, it could also help to disrupt the hegemony of the video gaming market – with Google’s arrival on the scene potentially heralding a new dawn.

Here we profile some of the firms outside the traditional “big three” seeking to capitalise on cloud technology in video gaming.

While it’s bread and butter is in having by far and away the world’s most popular search engine, Google is involved in just about anything – whether it’s driverless cars, mobile phones or smart glasses.

So it might have felt like only a matter of time before it decided to get involved in video gaming.

Yesterday (19 March), it announced the launch of its new digital gaming platform Stadia at the Game Developers’ Conference in San Francisco.

It also unveiled a controller that featured a button for capturing and sharing gaming directly to YouTube, the video-sharing platform it owns.

One of the first games available will be Doom Eternal, developed by studio id Software, and will be presented in 4k resolution.

The internet giant is also working with developer Ubisoft, having trialled its game Assassin’s Creed: Odyssey on the Chrome web browser last year.

The games will be run remotely on Google’s own data centre hardware, with users connecting via a web connection.

Chief executive Sundar Pichai said Google Stadia will be able to “bring a triple-A game to any device with a Chrome browser and an internet connection”.

Google Stadia is due to launch this year in the US, UK, Canada and Europe.

The company’s cloud-based gaming technology operates through its parent’s various services, such as PlayStation Now.

It also has unique applications such as in-home streaming using a local network via Sony products, meaning users can play PlayStation 4 games on their PlayStation Vita device, for example.

Prior to its acquisition, Gaikai operated via multiple partnerships with blue ribbon gaming giants such as EA and Ubisoft, as well as with other tech companies like Samsung, which allowed users to stream games through its LED Smart TVs.

Vortex is unique in the cloud gaming market as it offers an in-browser service for PC users, negating the need to download an app – thought it does also offer this.

It recommends a strong internet connection of at least 10Mbps for those streaming via a browser, and suggests turning off any other apps operating in the background like YouTube or Facebook that could affect the performance.

The service offers 100 hours of play time and access to hundreds of video games per month for customers in return for $9.99 (£7.80).

New York-based LiquidSky Software launched its cloud gaming service of the same name in 2017, after it raised almost $12m (£9m) in funding and more than one million people signed up to participate in its beta launch.

The company now has cloud gaming servers in several US states, London and Hong Kong, among other locations, and has been hailed for being more open than its rivals, allowing users to play any PC game from any provider.

Its first business model is free-to-play, but gamers must watch between one and six minutes of ads before they can access the service, earning them a one-hour credit as part of a three-hour daily maximum.

However, LiquidSky also offers a paid model whereby customers can spend $9.99 (£7.80) a month in return for a boosted service, which offers up to 80 hours of play and no advertising.

After introducing its Shadow cloud gaming service to the US and Europe in early 2018, gaming start-up Blade recently secured another round of funding and plans to expand its reach even further.

With headquarters in France and the US, the firm has partnered with American telecoms provider Charter Communications to help it augment its technology using an advanced fibre-based network.

CEO and founder Asher Kagan said: “Working with this major technology leader is not just exciting for us as a company but it validates Blade’s technological achievements in the field.

“Our new partner shares the same vision, values and goals when it comes to the future application of cloud computing and how to scale the ecosystem.

“Charter is the missing communications link in our service delivery cycle and it is inspiring to be working with it.”

Playkey offers cloud gaming services to low-end laptops without the need for any downloads or installations.

It provides more than 250 video games, including some of the industry’s biggest releases in recent years such as Bethesda Game Studio’s Fallout 4 and Blizzard Entertainment’s Overwatch.

Customers can choose from various subscription models, which range from £25 to £35 in price, offering various levels of play time per month.

It launched an open beta in 2018 after gathering more than $10.5m (£8.2m) via its initial coin offering (ICO), and it now reportedly plans to expand into new lucrative markets like South Korea, which nets $4.2m (£3.3m) in annual gaming revenue.