Cumulative impact zones are becoming ever more frequent in cities and towns across England and Wales as local authorities bid to put a lid on alcohol sales, but Poppleston Allen's CizApp gives pub and bar operators a clearer picture of these licensing policies 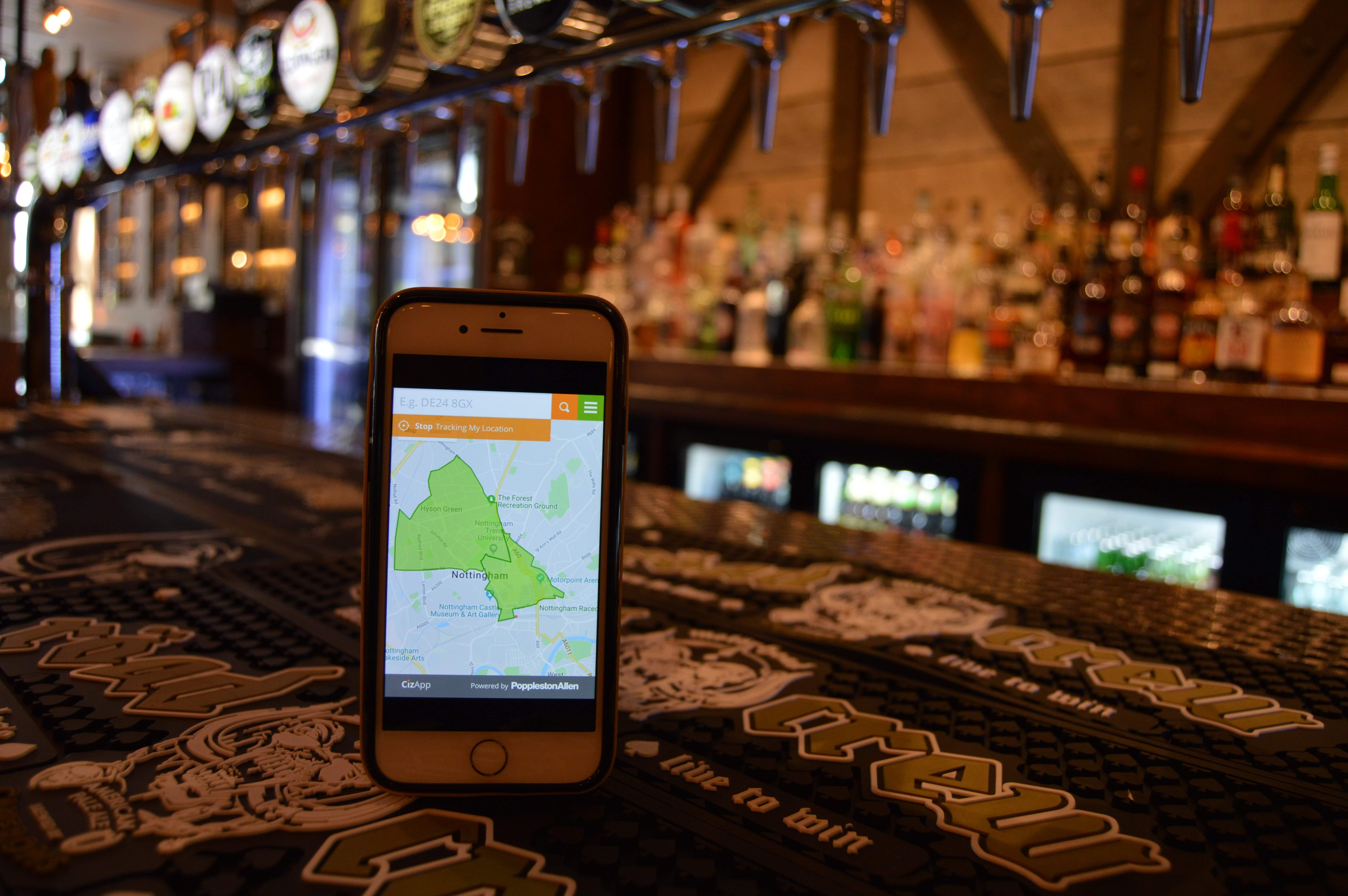 Bar and restaurant operators can now find the 200-plus cumulative impact zones in England and Wales that have alcohol restrictions in place using a new licensing app.

CizApp has been developed by alcohol and gambling solicitors Poppleston Allen in response to a steady increase in the number of towns and cities with areas where there is a presumption for local authorities to refuse new premises licences or variations if objections are received.

The Google Maps-based tool enables people working in the licensed trade to understand where these areas – also known as stress areas – are located and what restrictions are in place for alcohol sales.

Lisa Sharkey, managing director of Nottingham-based Poppleston Allen, said: “Before CizApp, people wanting to run licensed premises needed to contact a local licensing authority to obtain a map with the restricted areas marked on them.

“The quality of the maps would vary greatly, and often it was difficult to work out whether a premises where inside or outside of a cumulative impact zone.

“But now, all people need do is enter a postcode, address or just a place of interest at CizApp and a shaded area on the app reveals if the proposed address is affected by a zone.

“What’s more, the map also links to the local authorities’ licensing policy, showing exactly what restrictions are in place for alcohol sales.”

More than 200 cumulative impact zones have been introduced in cities and towns across England and Wales, with some local authorities implementing policies across several areas.

For instance, the London Borough of Newham has six and Leeds has seven.

They have largely been introduced in areas where councils and police forces have concerns over anti-social, drunken or violent behaviour due to a high concentration of bars, pubs and nightclubs.

Ms Sharkey added: “Not only are cumulative impact zones becoming more numerous, the existing ones are often becoming larger.

“In fact, just the other week Islington Council extended its area. This constant change really causes confusion in the trade.”

CizApp can also be used via Poppleston Allen’s iPhone App, My Licence, or any iOS or Android-based smartphone.

The benefit of using the mobile version is that users can pinpoint their exact whereabouts and see their location dot moving in and out of cumulative impact zones.

Head of marketing Carl Weston added: “Having worked with some industry specialists during the testing of CizApp, we don’t think it is an overstatement to say that this transforms the market.

“We’ve taken a task that took hours – sometimes even days – and by using technology, reduced this down to seconds.”

CizApp is helping licensed trade to grow their estate

Poppleston Allen, which employs about 60 people across Nottingham and London, works for major food and drink operators such as Mitchells & Butlers – which owns brands like Toby Carvery, Harvester, Browns, O’Neill’s and All Bar One – and Stonegate Pub Company, the owner of Yates, Walkabout and Slug & Lettuce.

The new technology has already been used by many of its clients.

Daniel Mackernan, director at Licensed Leisure, said it was a “quick and easy” tool.

“As a professional undertaking valuation and lease advisory to operators and lenders, this tool will save time and be invaluable, backed up with the knowledge that the data has been produced by knowledgeable and trusted licensing specialists,” he said.

Mick Hill, head of property at Camerons Brewery, said CizApp helped his team as it seeks to grow its nationwide pub estate through acquisitions.

He added: “It has allowed us to very quickly identify if a target site is in a cumulative impact zone and to also check the specific licensing policy for the local authority covering the site – this is an invaluable tool and a real time-saver.”