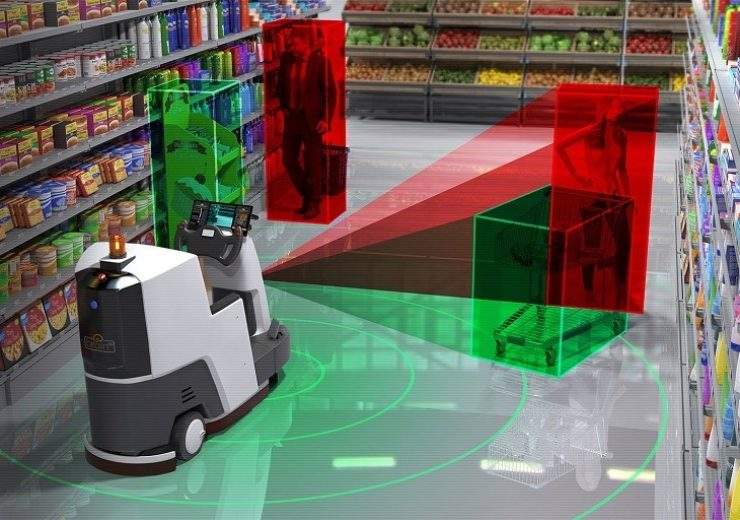 Driverless cars might still be a way off but one company has already invented and rolled out fully autonomous robots.

The self-navigating machines have been developed by Brain Corp, a company founded by two neuroscientists dedicated to the idea that robots should work and care for people.

They quickly realised the market’s need wasn’t for the robot, but for its brain – and created the BrainOS operating system that features automated navigation capabilities, powered by AI, that allow machines to safely traverse cluttered environments.

Now, the company has commercialised this technology in the form of industrial floor-scrubber machines, which navigate commercial retail facilities and clean the floors without the aid of a human driver and without endangering the public.

Vice-president of innovation Phil Duffy says: “The biggest thing people need to realise is there’s a massive difference between the most common form of digital AI and AI in robotics.

“We really are at a much more advanced stage in terms of the use of machine learning and autonomous navigation – our products literally make decisions for themselves.”

What is Brain Corp?

Its BrainOS technology is among the first to enable fully autonomous navigation, with existing self-driving methods requiring either human input or guidance.

“There are really not that many companies out there that can do this kind of advanced navigation, and very soon we’re going to reach 500 vehicles across the US – it’s one of the largest fleets of its kind in the world today,” explains Phil.

“OEMs are our main customers – we work with them to produce these products for their clients -and you’ll see our products in use in government offices, airports, shopping malls and big-box retailers.

“We have a number of different projects going on in other areas – we’re looking at new ideas in the logistics, security and healthcare spaces to use our technology.”

How do the autonomous robots work?

The Brain OS operating system uses a blend of computer-generated vision technology and extensive AI libraries – vast sets of data to inform the dynamic decision-making process – in order to function.

Machines using this system are also fitted with an “autonomy kit”, sensors and a computer module provided by the company.

It then manages the deployment and organisation of the machines via the Brain Crop cloud-based robot operations centre (ROC), which also handles data capture, and diagnostic and software updates.

“The key to AI in robotics relies on two things, the first of which is creating an algorithm for replicating the human brain,” explains Phil.

“You’ll see lots of AI systems that use one algorithm to produce a function, but ours is actually made possible by a selection of different algorithms stitched together.

“Our products are informed by these algorithms, which are informed by a process of machine learning, using lots of data to predict the right outcomes in every situation.”

Improvement on the status quo

One of the main areas where the public is keen to see the arrival of fully autonomous navigation is in the automotive industry, but technological insufficiency and stringent regulation processes have kept this from being a reality for the time being.

In robotics, however, AI is a much more advanced and practical tool, and is already powering equipment used by multiple companies.

“AI in robotics has been around for 20 years and now it’s very sophisticated in this space,” explains Phil.

“AGVs [automated guided vehicles, which require the aid of environmental markers and queues] are fairly commonplace and they use algorithms to work very efficiently.

“It’s also trying to solve a difficult problem – AGVs are maybe good on paper but once you drop them in a dynamic environment with tonnes of variables, things get a lot more complicated and their limitations begin to show.”

Brain Corp’s BrainOS technology, however, improves on this by allowing for completely self driving machines.

Whereas AGVs are forced to rely on things like floor markers or magnets, the equipment sold by the Californian firm operates entirely on its own.

“Our products, using BrainOS, don’t need to make any change to the environment in order to function,” he adds.

“They’re completely autonomous and they make decisions themselves using a process of machine learning.

“So you can have a cramped outlet that’s got 20 staff in it and is open to the public, but our technology is able to navigate it – we’re one of the few to offer this.”