Sasha Ivanov is one of the most influential and respected people in the blockchain world after building the rapidly-growing Waves platform - a global public blockchain platform with a $1.7bn market cap. He talks to Dorothy Musariri about how it has grown and his new wave of ventures 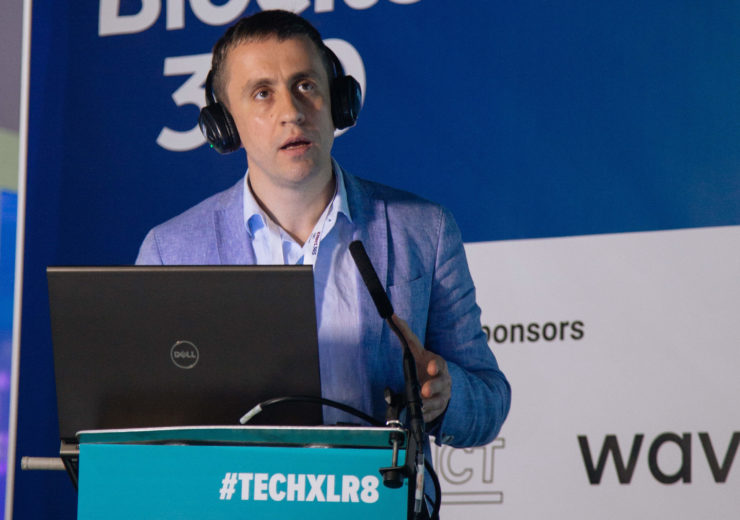 Albert Einstein may have passed away almost a century ago but his gravitational waves still live on – and not just in science, but in the world of blockchain too.

Two years ago, after failing to keep his other investments afloat, Sasha Ivanov – also a theoretical physicist – took a business risk and the Waves platform entered the space.

Named after Einstein’s most famous discovery, the open-source blockchain platform allows users to launch their own custom cryptocurrency tokens.

The cryptocurrency market is primarily a faceless one but Sasha says: “What’s made the business successful is it’s very community-based and we have to actually work with people.

“We can also transfer fiat currencies [those that a government has declared to be legal tender] such as the US Dollar or Euro.

“We are trying to provide the best possible solutions for people.”

As well as providing the platform for creating cryptocurrency tokens, Waves is used for storing, trading, managing and issuing digital assets “easily and securely”.

It helps start-ups to raise an ICO (initial coin offering) – a crowdsourcing exercise in which funds are raised for a new cryptocurrency venture.

The company itself was launched through crowdfunding in June 2016 for 30,000 Bitcoin (BTC) – then worth $80m (£60m) – making it the second-largest successfully crowdfunded blockchain project that year after crypto powerhouse Ethereum.

Things moved quickly for the Russian-based company, which now has a market cap of $1.7bn (£1.28bn) as of December 2017 – making it the second-largest successfully crowdfunded blockchain project, after Ethereum.

Waves has subsequently developed into one of the world’s largest tech communities and formed partnerships with a variety of renowned international organisations, such as Binary District – a collaborative tech community that runs educational programmes and events themed around technologies like blockchain.

Another collaboration is with Russian-based venture capital and private equity company TMT Blockchain Fund to work on an infrastructure project.

The partnership between the two companies will be focused mainly on blockchain and fintech, including large decentralised applications, as well as private blockchain infrastructure opportunities.

TMT will also support ICOs and existing projects within the Waves platform.

Sasha, regarded as one of the most respected and influential people in the blockchain space, says: “TMT Fund is one of the first funds that is exclusively launching equity totals. It’s going to be compliant with regulations and we are glad to help it achieve its goals.”

“It’s a very contentious space because you have many equity totals which are not regulated, but they are supposed to be.

“It’s basically the security for blockchain and the next big thing is actually this – it’s equity totals.”

Bringing blockchain into the public sector

It will create the world’s first usable blockchain solution for scalable digital infrastructure, helping to expand the global accessibility of blockchain.

Vostok – named after the craft that carried Yuri Gagarin into space – will help organisations enhance security, data storage, transparency and stability of their systems.

It can be used for processes such as, banking services, payment systems, land registries, electronic voting and more.

It will be able to handle 10,000 transactions per second (TPS) at just $0.000001 per transaction, which is a faster, cheaper and more efficient way than the current blockchain solutions.

In comparison to Bitcoin, it has transnational processing capacity of three to six TPS and costs $0.951 per transaction.

Sasha says: “It’s a spin-off from the Waves platform and I think could be a huge success.

“It’s going to be more focused on enterprise, which is a big business.

“We are going to be offering big, robust solutions for enterprise in the public sector because everyone could benefit from some kind of blockchain solution.”

Sasha wants to launch with dozens of large businesses and government organisations, and is already in talks to with some of them to use the technology.

He says: “The plan is to launch the platform and after that we would be doing more sales.

“We plan to go to all the governments around the world and offer them our solution for real estate registry, land registry and more.

“They can gain a lot from using blockchain – it’s going to be quite a busy year for us.”

Waves has offices in Russia and Amsterdam, with 90 staff, but has plans to go worldwide.

“We are branching out and opening offices all over the world,” says Sasha.

“Firstly in the UK, we are going to have an office in London by the end of the summer.

“We also planning to open an office in New York.

“We have Japanese invigilators and we want to be based all over the world because blockchain technology is global.

“We have to move in all the directions.”

Bitcoin became a favourite topic of the mainstream media last year, leading many people to invest in cryptocurrencies as they followed the hype.

But Sasha believes they are should look deeper into the technology.

He adds: “My advice to the people who are more focused on the hype is it’s going to subside and probably it already has so don’t concentrate on that too much.

“Be focused on the technology – not the hype around it.”