Blurring the lines between the real world and the digital sphere, augmented reality is all the rage right now with Pokémon Go and Snapchat filters - but Blippar founder Ambarish Mitra believes the technology offers far more possibilities for businesses and consumers. He showcased its potential at London Tech Week 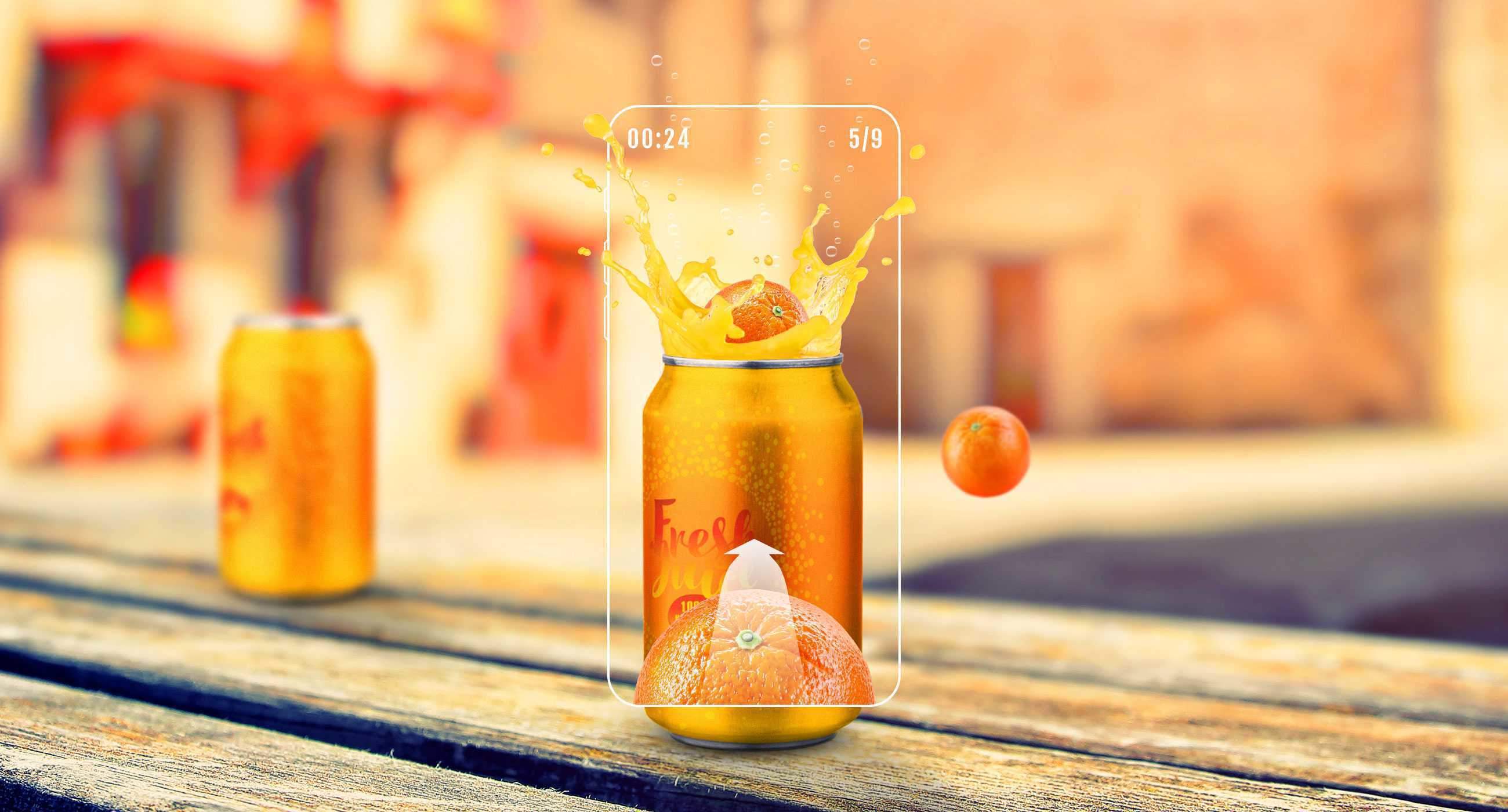 The Blippar app can create interactive visual content just by scanning an everyday object with a smartphone (Credit: Blippar)

When Pokémon Go burst on to the scene two years ago, allowing gamers to catch virtual creatures located within the “real world”, it was a watershed moment.

This was the first time augmented reality (AR) had drawn mainstream attention and opened us up to a world of new possibilities thanks to an interactive technology that brings computer-generated perceptions to real-life environments.

Its use could soon become far more widespread than just games, with British start-up Blippar providing tools to bring AR everything from sports tickets to packaging to life.

During a talk at London Tech Week, co-founder and chief executive Ambarish Mitra showed how his app can identify products using a smartphone camera and create interactive content.

He said: “We want to make the physical world have limitless creative possibilities, where everything becomes a storytelling medium – it could be a ticket, coupon or chocolate bar wrapper.

“The world we see with our eyes every day can be brought to life.”

Blippar’s vision to turn creativity away from just flat screens

Mr Mitra founded Blippar in 2011 with three others and has offices in London, Singapore, India and the United States.

“The whole augmented reality eco-system as it exists today wasn’t around then,” he said.

“In spite of the incredible digital revolution, everything we were looking at was really flat. Our screens and video – every piece of creativity – is flat.

“But when creatives work on Photoshop or other tools, things look really incredible.

“We wanted to create a platform that shows the world we see with our eyes.”

The company has raised more than $120m (£91m) over several rounds of investment, with hopes of becoming a global tech unicorn – a company valued at more than $1bn (£755m).

Mr Mitra, who was named a 2017 Young Global Leader by the World Economic Forum, showcased what AR looks like and was one of the headline speakers at TechXLR8, the centrepiece of London Tech Week held at the ExCeL events venue.

He showed the audience examples of how Blippar uses AR, such as an England Rugby World Cup 2015 ticket that could be scanned with the app to display exclusive content.

Even scanning his own hand brought up a dozen results with information about various features or topics associated with the hand, including thumbs, carpal bones and fingerprints.

Mr Mitra said: “When the app recognises something in the real world, it can bring up a piece of content from it.

“It could be a video, a game or some level of information – that’s augmented reality.

“Most people’s understanding of AR is a bit gimmicky – things like Snapchat face filters and incredible games like Pokémon Go.

“But the promise of AR is really much bigger – don’t just take it as GIFs animated on your face or monsters in the real world.”

Examples of augmented reality in use now

Like many new technologies, AR has been given a good spin on the hype cycle – but sensible uses of it are now coming to fruition.

London Tech Week featured an AR & VR World showcase, with use cases of the technology including a real-time assistance app that can overlay instructions on to a machine repair engineer’s hand so they know exactly which movements they need to make when fixing an appliance.

Ericsson also showed how AR could be used in manufacturing, with a 3D image of a machine enabling it to be operated virtually from an app.

Elsewhere, some companies are already using AR commercially. Ikea has an online product visualisation tool that enables customers to “try out” furniture in their own rooms to see how it would look before buying, while L’Oréal offers the same application for trying on make-up.

Mr Mitra said: “AR has gone through inflated expectations on the hype cycle but now it’s having its reality check.

“Companies like Facebook, Google and Snapchat are creating some sort of AR within their technology to show the capabilities and possibilities.

“AR has been around for about 10 years but now is the right time to take it forward. Camera have become the most-used part of our phones, while there’s a broader movement with artificial intelligence (AI) to try simplify life.

“Even in the computing interface, we are moving to touch screens and then natural language processing [interactions between computers and human languages, such as voice recognition].

“Robotics and self-driving cars are very much connected to AR.”

He added: “For AR to scale, there needs to be simplification, where we don’t need to learn the proprietary language to use it.

“But we’re not the only company doing this in the world – this is generally a wider movement that’s taking place right now.”