Bitcoin vs Ethereum: The battle between world’s biggest cryptocurrencies

The cryptocurrency market has long been dominated by Bitcoin but tech experts are predicting that Ethereum could be set to take a chunk of its share. Sam Forsdick looks at the Bitcoin vs Ethereum battle 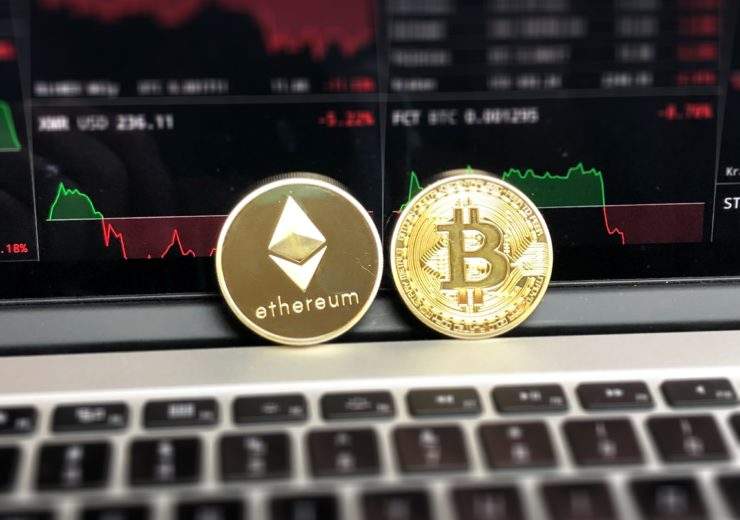 The number of different cryptocurrencies now tops 2,000 following a surge in their popularity last year – yet many analysts reduce the market to a straight Bitcoin vs Ethereum fight.

The two digital currencies differ from regular money in the fact they offer peer-to-peer transactions and operate independently of a central bank.

A cryptocurrency’s outsourced nature makes it “theoretically immune to government interference or manipulation”, according to Investopedia.

The fact its value is unregulated and not tied to a material good means that both Bitcoin and Ethereum can wildly fluctuate in value.

A huge upsurge in the value of Bitcoin, which peaked in December 2017 at a value of £15,169 per coin, means it has remained the most popular cryptocurrency throughout 2017-18.

However, as one tech expert is predicting that Bitcoin will soon lose half its share to Ethereum, we look at the Bitcoin vs Ethereum battle for prominence.

Bitcoin vs Ethereum: Value of Bitcoin

Since first launching in 2009, Bitcoin has enjoyed market dominance.

According to Coin Market Cap, Bitcoin had a 51% share of the crypto market on 1 October 2018.

Its value now stands at roughly a third of its December 2017 peak, now at £5,056. This has brought it closer to its nearest competitor Ethereum.

There are now 17 million Bitcoin units in circulation, but supply is restricted by “mining” – a process of making new cryptocurrency units that requires computers to solve complex tasks.

It is much more commonly used for making transactions and storing money and therefore plays a much more similar role to that of a traditional bank.

Also, as it is currently the most popular form of cryptocurrency, it is accepted across several retailers in the UK.

Bitcoin vs Ethereum: Value of Ethereum

Despite launching in 2015, six years after Bitcoin, it has quickly established itself as the second most popular cryptocurrency behind Bitcoin.

There are over 102 million Ether coins in circulation, with each one valued at £175.

It has a market share of 10.59% – more than double its closest competitor – but still a long way off Bitcoin.

Ethereum performed particularly well during the 2017 boom when public interest and investment in cryptocurrencies soared.

Since then, its value has suffered several setbacks, including an 85% drop in value over the course of this year – but is now beginning to show signs of recovery.

Its devaluation came against a global downturn in the crypto market as total market capitalisation has fallen 68% since the start of the year.

Bitcoin vs Ethereum: Looking to the future

The digital currencies are notoriously volatile, making it difficult to predict which ones present the best investment opportunities.

Proponents of Ethereum claim it improves on several aspects of Bitcoin.

For example, it takes a much shorter time to complete transactions – making it a more efficient process – and the technology behind it is open source, meaning other applications are able to use and improve on it.

Ian McLeod, founder of Birmingham-based Thomas Crown Art, is a technology expert who uses Ethereum’s own blockchain technology in his art dealership to verify their provenance and prevent forgeries.

He said: “Ethereum is already light years ahead of Bitcoin in everything but price – and this gap will become increasingly apparent as more and more investors jump into crypto.”

He predicts that Ethereum will “rebound considerably” before the end of 2018 and make a “significant dent in Bitcoin’s dominance” – taking up to 50% of its market share within five years.

“While there will continue to be peaks and troughs in the wider cryptocurrency market, due to its inherent strong core values, Ethereum will steadily increase in value in the next few years and beyond.”

But not everyone agrees that the Bitcoin vs Ethereum contest is so clear cut.

Speaking to Market Watch, LDJ Capital chairman David Drake said: “Ether is like the Middle Ages of technology at the moment.

“There are protocols like Stellar that have proven to be faster and more efficient and, until Ethereum can sort out its network, it will struggle.”

Because so many cryptocurrencies are trying to run off the same open-source network as Ethereum, it is currently struggling with scalability as the network struggles to keep up with the higher number of transactions.

Mr Drake added: “If [Ethereum] doesn’t change, it could be up to a year before we see a turnaround in the network performance.”