From Alibaba and Huawei to Tencent and Baidu, these are China’s biggest tech firms

China is home to a cornucopia of tech conglomerates - here we profile some of the most prolific in the country, from record-breaking smartphone vendors to sprawling internet behemoths 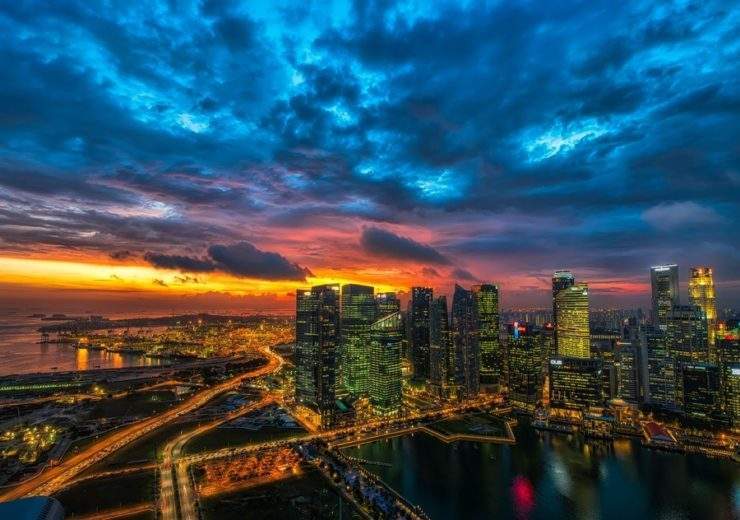 China is home to some of the world's largest tech firms

In just a couple of decades, China has positioned itself right on the cutting edge of global technological progress, in no small part due to the staggering growth of the very biggest Chinese tech companies.

Silicon Valley still holds the crown for the most concentrated focal point in the tech world, but the economic capital of the East has made up much of the ground in the last few years.

The key players in its ecosystem rival those of the US and, in some areas, dwarf them – with firms like Alibaba setting new precedents for what a single business can offer.

To mark Chinese New Year this week, we profile five of the largest tech companies in China – along with two that may well soon count themselves among such esteemed company.

If Amazon, eBay and PayPal merged into one, they’d probably end up resembling something similar to Alibaba – the multinational behemoth founded in 1999 by China’s richest man Jack Ma.

The Hangzou-based conglomerate operates in more than 200 countries and holds majority shares in various firms – including China’s largest shopping website taobao.com, as well as Sina Weibo and Youku Todou, which operate like Twitter and YouTube, respectively.

Its sprawling network of online retail marketplaces have 601 million active users, while its various mobile services reached 666 million customers in 2018.

Alibaba has more than 80,000 employees and notched $50bn (£38bn) in revenue last year, making it the largest e-commerce company in the world, with a product volume double that of Amazon and eBay combined.

Huawei is a Shenzhen-based tech company that sold more smartphones (52 million) than Apple (46.9 million) in the third quarter of 2018 – though it still lagged someway behind South Korea’s Samsung (72 million).

The company sells various telecoms equipment to customers in more than 170 countries, which earned it $47.4bn (£36.4bn) in revenue for the first half of last year – a 15% increase compared with the same period in 2017.

It has recently been the subject of international suspicion, however, with the US government claiming its products pose national security risks and publicly advocating against its citizens’ use of Huawei phones.

The firm’s CFO Meng Wanzhou, daughter of its reclusive CEO Ren Zhengfei, was arrested in December last year by Canadian police after it was alleged the 46-year-old had been selling telecoms equipment to Iran in direct breach of the country’s sanctions.

Currently on bail and living on a strict curfew out of a house in Vancouver, Ms Wanzhou is due in court early next month when the Supreme Court of British Columbia will decide if she is to be extradited to the US.

Since the company launched its IPO on the Hong Kong stock exchange in 2004, Tencent has gone on to become China’s biggest social network and the sixth largest internet company in the world, with a current market cap of $419bn (£318bn).

This is down from a high of more than $570bn (£433bn) in 2017, however, as the business experienced a torrid 2018 when its value nose-dived to less than $350bn (£188bn) amid tightening government regulation and investment uncertainty.

It owns multiple omnipresent social media channels and messaging apps in China including including Qzone, which has more than 620 million users, and WeChat, which has almost 900 million.

Like Alibaba, the list of apps and services under the Tencent umbrella is seemingly never-ending, with everything from cashless payment systems to cloud storage services offered by the company.

The dominant search engine in China is Baidu, with some labelling it the country’s answer to Google.

Like Google, its primary revenue stream is the ad space it sells, using the pay-for-placement method to earn income based on the volume of traffic it drives.

Founded by Robin Li at the turn of the millennium, the Beijing-based company raised $1.2m (£900,000) in funding from Integrity Partners and Peninsula Capital – both Silicon Valley venture capital businesses.

Xiaomi was named the fourth-largest smartphone vendor in the world in 2018, behind Samsung, Apple and Huawei.

Founded in 2010, the Beijing-based firm also makes mobile apps, laptops and a range of consumer electronics.

The company has 15,000 employees working out its offices in China, India, Malaysia and Singapore, and has plans to establish a presence in other countries such as Indonesia, the Philippines and South Africa.

The name “Xiaomi” translates to “millet and rice”, which is a reference to the Buddhist concept of starting small and growing steadily.

And these could soon be among the biggest Chinese tech companies

ByteDance is the tech company behind TikTok, the most popular mobile video app – where it is known as Douyin.

While it was launched there in 2016, TikTok was released to the rest of the world a year later and has already accumulated more than half a billion active users since then.

It was the 16th most downloaded iPhone app of 2018, according to Apple.

The video-sharing platform allows users to record and edit 15-second long clips, and upload them to the app.

With an emphasis on creative and entertaining videos, TikTok describes itself as “the leading global destination for short-form mobile video” – with many users taking advantage of TikTok’s sound editing to record lip-synced videos or comedic short clips.

Off the back of TikTok’s surging popularity, ByteDance secured $3bn (£2.36bn) of funding in October 2018, bringing its valuation to $75bn (£59bn) and making the most valuable start-up ever – beating the likes of Uber and Airbnb.

This last tech company is not one of China’s biggest, but given a few years it may well change that.

The Hong-Kong-based unicorn has grown exponentially and now leads a growing wave of Chinese AI firms primed to overtake those in the US, offering computer vision and deep learning services.

It works with more than 700 business customers and public institutions across the globe, ranging from the likes of Alibaba and Qualcomm to the Massachusetts Institute of Technology.

SenseTime is also now the largest algorithm provider in China, and possesses the country’s fifth largest AI platform, behind those of Baidu, Alibaba Cloud, Tencent and iFlyTek.