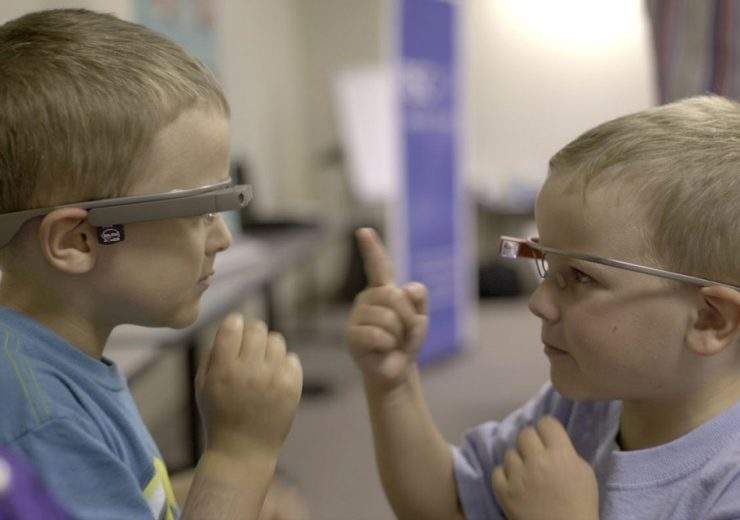 While mainstream gadgets are focusing on everything from monitoring fitness to creating virtual worlds, some of the best innovations are offering assistive tech for people with disabilities.

Major companies in the tech space have invested heavily in creating products, equipment or systems that make it easier for people with various physical conditions to engage and interact.

With one billion people – or 15% of the world’s population – living with some form of disability and this figure rising, according to the World Health Organization, there is a business case for being more inclusive.

And the potential of these devices doesn’t always just end with this demographic, with the touchscreen technology used by virtually every smartphone nowadays first developed by an engineer with repetitive strain injury.

Here we look at some examples of the best assistive tech for people with disabilities.

Best assistive tech for people with disabilities: Click with your eyes

Microsoft launched eye control software last year that enables Windows 10 users to control their mouse pointer and type with an on-screen keyboard with eye-tracking technology, as well as communicate with people using text-to-speech.

It is aimed at people with severe mobility issues and works by resting eyes on a launchpad for a set amount of time to activate the programme.

The same technique is used for typing on the keyboard, controlling the mouse and scrolling through webpages and apps.

Shape writing enables users to type words faster by dwelling on the first and last letter of a word and glancing at letters in between.

Numerous eye tracking devices made by Tobii and EyeTech’s TM5 Mini are supported by Microsoft eye control, which is available in all markets but only supports the US English keyboard layout.

Best assistive tech for people with disabilities: Wristband for people living with dementia

Researchers at the Fraunhofer Institute for Reliability and Microintegration, in Berlin, invented a sensor that can help people developing dementia.

By measuring the heart rate, body temperature, electrical skin resistance, surrounding temperature, brightness, noise level and wrist movement, it can slow down the disease progression and improve quality of life.

Using Bluetooth connectivity, the data it provides can then be relayed to the patient’s families and physicians.

The modular measurement wristband has previously been dubbed a “turbocharged Fitbit” and has already been trialled on patients, who had their vital signs, environmental data and physical activity checked.

Google Glass may have been one of the tech giant’s rare failures after it was ditched in January 2015 – just eight months after it was released to the public.

But with Google expected to release a second version in the near future, several companies have began developing technologies for the smart glasses that could help children with autism learn about emotion and facial expressions.

Brain Power, a start-up based in Massachusetts, has designed an app that assists autistic children – who often miss out on a lot of information because of the difficulty they might have in making eye contact when interacting – better recognise social cues.

Clinical trials have been run at Harvard Medical School and it launched an Indiegogo crowdfunding campaign in January to bring its Empowered Brain wearable “electronic life coach” to the market.

Explaining how it works, the company says: “When you wear Google Glass, you can still see the world around you.

“Yet you also see – and hear – our social apps at the same time – through the see-through computer screen, and ‘bone-conduction’ speaker.

“This is fundamentally better than an iPad or phone because with those, your child is looking down and locked in another world.

“Empowered Brain keeps the wearer – such as your child – heads-up, hands-free, and engaged with the social world.”

The Next Generation Text Service (NGTS) is a free smartphone app designed to enhance phone calls people who are hearing or speech impaired in Britain.

When making phone calls, they can use their voice to speak but read the reply in real-time text – or vice-versa – with the ability to speak and read at the same time helping the flow of the conversation.

All they need is an internet-connected device, such as a smartphone, tablet or laptop, and the NGT Lite app.

The user can either connect directly to another person with the app or via a human relay assistant, who will speak or type their words through to the other person.

NGTS is an update on the old TextDirect service, which was introduced by BT in 1991 and required hard of hearing people to have a specially-designed text phone to contact hearing people.

Another app, called RogerVoice, offers a similar service but the calls are captioned via a computer voice recognition system rather than a live person in the middle, which some may prefer.

Best assistive tech for people with disabilities: AI-led system that keeps track of dementia patients inside their home

For loved ones of people living with dementia, it can be difficult to leave them home alone.

But technology developed by Nottingham-based Bendigo Systems connects dementia patients with their family, friends and carers so they can keep track of movements.

Founders Nick Gale and John Osborne have both cared for fathers with the condition, which leads to a loss of memory and ability to do everyday activities.

Their integrated and responsive system uses AI and sensors so that heating, lighting, entertainment and security can be remotely controlled.

By tracking movements inside the home, it can alert loved ones if anything unusual happens, while it can also be adapted for people living with physical illnesses or disabilities.

In September 2018, Microsoft launched its Xbox adaptive controller to give gamers with limited mobility or physical impairments greater options in playing video games.

The £75 gadget involves a hub that can be connected to external devices such as switches, buttons, mounts and joysticks to create a customised controller that fits a user’s needs.

The adaptive technology, which received mainstream attention after it was promoted in a television advert during the 2019 Super Bowl, is compatible with the Xbox One and Windows 10 PCs.

It was created with guidance from organisations such as the Cerebral Palsy Foundation, The AbleGamers Charity, Special Effect, Warfighter Engaged and Craig Hospital.