Conversations with a virtual doctor and video GP appointments to work out diagnoses and treatment plans could soon be the norm as medtech start-up Babylon has developed an app that it says could save lives, reduce pain and improve quality of life across the world. One of its senior directors explained how it works at the Giant Health Event 2018 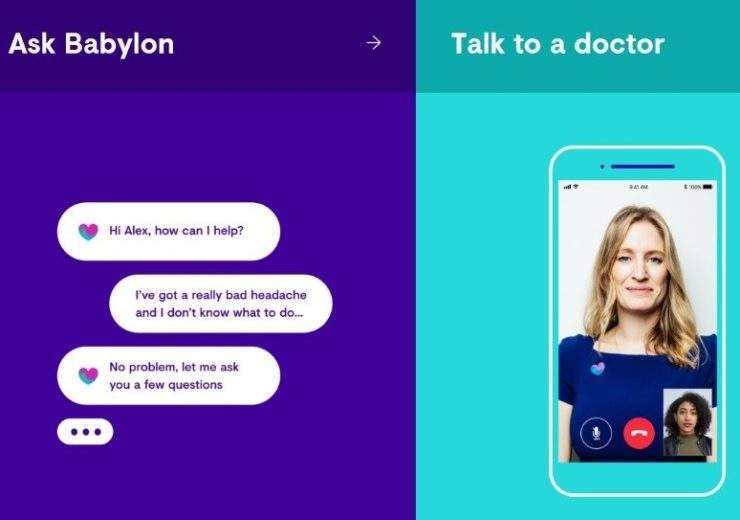 Babylon has now reached 1,000 staff and has contracts with the NHS, Samsung and WeChat

“I’m feeling dizzy,” says the patient. “Are you feeling faint?” comes the reply. “Any hearing loss, or do you have a ringing or buzzing sound in your ears?”

It’s the typical kind of conversation that will be held in a consultation room at a doctor’s surgery every day – but this one is a bit different.

Rather than the patient talking to a GP, this is an example of a person receiving health advice from an AI-equipped virtual doctor on their smartphone or Alexa-style smart speaker through the Babylon app.

The UK start-up, founded by Ali Parsa in 2013, is under the spotlight at the launch of this year’s Giant Health Event at Chelsea FC’s Stamford Bridge stadium in London today (21 November).

Clinical director Dr Umang Patel says: “We believe it’s possible to make healthcare accessible and affordable, and something that can be put in the hands of everyone on earth.

“If we can combine AI with the best doctors, imagine how much time we can save doctors from doing admin and how much more value they can offer to saving and improving lives.”

Babylon enables users to have virtual conversations with doctors and healthcare professionals via text and video messaging through its app.

Mr Parsa claimed earlier this year that the AI outperformed humans in a medical exam, scoring 81% compared to the average pass mark of 72%.

The London-headquartered company’s software is now embedded in Samsung mobile phones in the US, while Chinese messaging giant WeChat’s one billion users can input symptoms to receive health advice.

It also has several contracts with the NHS and says it has 1.4 million users in Britain – while there are plans to grow this market and roll out to the US, China and Middle East.

Making healthcare accessible and pre-emptive with a virtual doctor

To make healthcare accessible, Dr Patel says it requires a mechanism that is used by almost everyone on earth.

Of course, right now that is the smartphone – with about 2.5 billion users forecast by next year – but in time that could also be a smart assistant like the Amazon Echo or Google Home, which are predicted to be in 80% of US homes by 2030.

By having a conversation like the one outlined above in which the virtual doctor asks a series of questions, its AI can calculate likely causes for the symptoms and make recommendations.

This might be to refer the patient to speak with a human GP, but again negate the need for a visit to the doctor’s surgery by setting up a video call to work out a treatment plan.

With general practice commanding 7.1% of the NHS’ £125bn annual budget, the potential impact of making efficiencies is clear.

“One of the challenges we have is we don’t really do healthcare today – we do sick care,” he says.

“We’re trying to fight the fires we have and solve the problems as they arise.

“In traditional Chinese medicine, you pay your doctor when you’re well and stop paying when you aren’t well, so it incentivises people to make us feel better.”

Dr Patel refers to a “circle of health” in which there is a clear journey that AI can be trained to learn from when making decisions and suggestions for treatment.

As well as monitoring treatment plans and rehabilitation, in time it could also understand symptoms from an early stage to coach patients about how to reduce health risks and ultimately predict diseases before they develop by simulating future outcomes.

“The holy grail is when we get to prevention, which is much better than a cure,” adds Dr Patel.

“For someone with a high risk of getting diabetes, we might know that if they lose 1.4kg they can kick that risk.

“We have someone who came to us from McLaren who did just that in simulating what would happen on a race track if certain things went wrong with a car – the principle is the same but with humans.

“Rather than generically telling everyone to eat better and do more exercise, here’s a personalised plan. Putting all that together helps us create this continuous learning loop.”

Babylon has attempted to replicate how a doctor thinks and acts in programming the bot’s behaviour.

This isn’t just limited to knowledge, however, but also bedside manner so that a virtual doctor can understand how patients express themselves – for example, not overreacting to someone complaining their stomach is “killing” them.

Dr Patel explains: “One of the challenges is that a doctor has to go to medical school and then, with every patient you see, you get a little bit better through experience.

“Our AI sees that many in a week and learns from it every time. Imagine if you could make that a global doctor.”

Taking the virtual doctor app to Rwanda and around the world

When Babylon was in its formative stages, founder Ali Parsa stated an ambition to do just that and begin by launching the app in Rwanda, one of the poorest countries in the world.

With only 1,000 doctors to serve its 11 million population, this presented a major challenge but, as Parsa pointed out, there were 18 million smartphones in the country.

Dr Patel, who was one of the first ten employees, admits the team were sceptical of the plan at the time but recalls how his boss said if the company could succeed in countries with polar opposite economies like Britain and Rwanda, the rest of the world should be much easier.

Babylon now covers close to three million Rwandan citizens and is being helped by the Bill & Melinda Gates Foundation to roll out the technology across other African countries.

Dr Patel says: “If you were creating a healthcare service today in a country, the idea of building lots of hospitals with people in them is silly and you can reach so many people, with better outcomes, using technology.”

Could GPs be replaced by robots?

Some GPs have raised concerns about the impact AI could have on medical jobs, with a rapid uptake of the technology potentially creating a situation where a shortage of doctors tilts towards a loss of jobs and human skills from healthcare.

But Dr Patel doesn’t share these views and believes they remain “vitally important”.

He adds: “Technology can completely enhance primary care by giving doctors more time with patients who need them and hopefully solve the mental health problem that we don’t have much of a chance with at the moment because no one really understands it.

“I think radiologists will be completely replaced by AI but GPs are safe.”