Sponsored post: Aviva has created its own dash cam, and it's a game-changer for both drivers and the insurance industry, writes Sarah Lewis 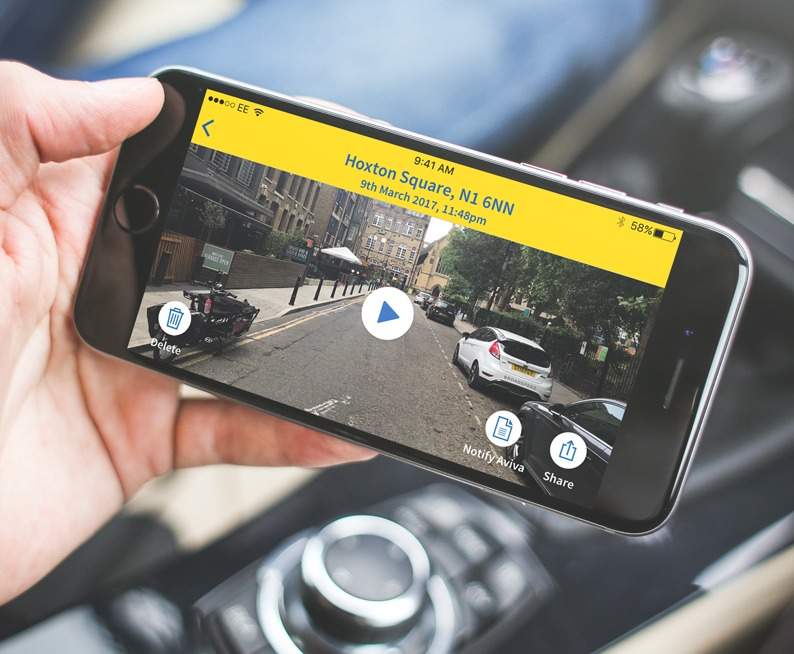 The other driver gets out. They’re angry. They’re asking for your insurance details. They’re blaming you.

This is crash for cash: a common scam where a criminal sets up an accident so they can make a fraudulent insurance claim.

It’s a huge problem for insurers and motorists, and is one of the reasons why there’s been a sharp increase in the number of drivers using dash cams – small cameras that record your view of the road – in recent years.

According to a recent study by Aviva, around 27% of UK motorists now use a dash cam, compared with 1% using one five years ago1.

Dash cams not only help protect drivers, who can use the footage to prove they were not at fault, they also help reduce the number of fraudulent claims insurers deal with – estimated to cost a staggering £340 million a year2.

A dash cam on your phone

The huge cost of crash for cash claims, as well as the distressing impact they have on customers, are some of the reasons why insurance company Aviva launched its own dash cam this summer.

But unlike traditional dash cams – which can be expensive, difficult to wire in and complicated to use – Aviva’s comes in the form of a free app.

Six years ago we created an app, Aviva Drive, which works in the same way as a telematics (black box) device – rewarding safer drivers with an insurance discount. Previously, the hardware had to be installed by an insurer. Our app disrupted that.

We felt there was an opportunity to do the same and become the first insurer to offer a dash cam on a phone, as a feature of our existing Aviva Drive app.

Aviva’s dash cam is not only free and easy to set up (you don’t need to wire it into your car), it also differs from traditional offerings in the way it records and stores footage.

“We didn’t want it to store an entire journey – there simply isn’t enough memory on most people’s phones,” says Paul.

“Our app automatically detects collisions, just saving the minute or so of footage you need if you have an accident.”

It’s easy to send footage too. After a collision, users have the option to send it directly to Aviva’s claims team and, also via the app, can call Aviva from the roadside if they need help.

These days the use (or misuse) of data is a hot topic, but users are in full control of their data. Aviva doesn’t see any footage unless the driver chooses to share it.

The app was put through vigorous testing. More than 1,000 customers trialled the app over a five-month period, and it was monitored in simulated crash scenarios by experts in car safety, Thatcham Research.

Users recorded more than 7,000 journeys, with one in six still using it at the end of the trial.

And they were impressed. “The feedback exceeded our expectations,” says Paul.

People loved the convenience of using their smartphone as a dash cam, and most felt safer using it. Half of the people testing it said it made them more aware of their driving and, as a consequence, felt their driving had improved.

One person even used footage to settle a real-life claim.

Take it for a test drive

The dash cam has been launched as part of the Aviva Drive app.

It can be used by everyone, not just Aviva customers, although safer drivers will be able to claim a discount if they choose to insure with Aviva next time.

Paul has high hopes: “Our app will give even more drivers the chance to try a dash cam.

By making it available to everyone with a smartphone, we hope to be able to resolve claims more quickly, as well as prevent fraud.