Apple TV+ is here – But why does it feel like the next Tidal?

When music streaming platform Tidal was launched in 2015, it was backed by a host of celebrities - but has ultimately been regarded by the industry as a failure. Branding expert Will Bosanko warns that Apple TV+ could fall into a similar trap if it's not careful 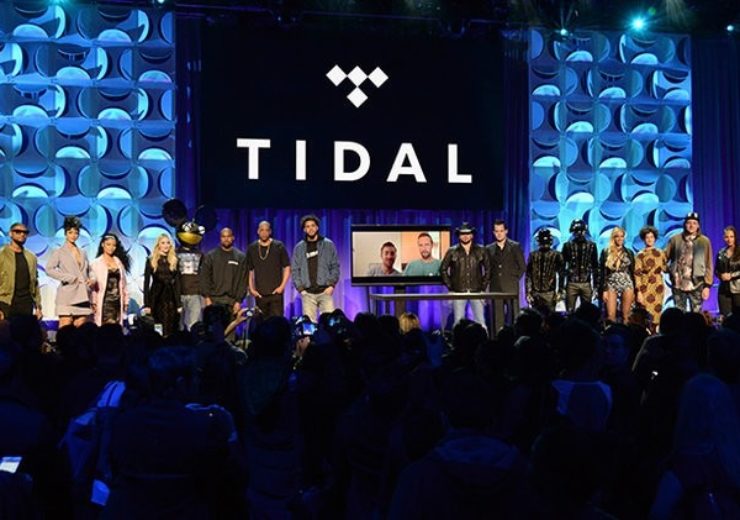 Apple TV+ has caused a stir in the on-demand television streaming space since its arrival was announced last week – but there are some similarities to the music streaming platform Tidal, which has been judged as a failure by many. Will Bosanko, associate strategist at branding agency Siegel+Gale, discusses why

In a crowded venue in Herald Square, New York City, one of the biggest hip-hop artists on the planet, Jay-Z, unveiled his latest, hotly-anticipated business venture – Tidal, a new music streaming platform backed by 16 of the most successful music stars in the industry.

It was a global launch event that appeared to have everything.

The promise of an experience-led service rooted in creativity, expression and exclusive content.

The carefully-selected army of iconic shareholders – from Arcade Fire and Beyoncé, to Coldplay and Kanye West – handpicked to attract the devoted followings of each prominent music genre.

Blinded by the lights of style, hype and A-list backing, Tidal execs were of the assumption that the general public would quickly ditch their subscriptions and make the transition to a new turquoise alternative in their droves.

Yet, what transpired was something quite different.

Why Tidal was a failure

Tidal proved to be a better exercise in ego and self-interest than innovation and market disruption.

With a poorly received UX design, almost-identical offering to its direct competition, and – perhaps most importantly – premium price tag, subscriptions and uptake on the platform turned out to be catastrophically low.

Through its lack of differentiation or unique value proposition against its peers, it appeared that Tidal was a better exercise in ego and self-interest than innovation and market disruption.

So, fast-forward to today – exactly four years later – where we have the biggest company on the planet announcing their latest foray, this time into the world of paid video streaming.

Apple TV+ is coming this autumn, as announced by CEO Tim Cook at the company’s March presentation this week.

Backed by a hefty $1bn (£767m) content budget, the much-publicised presence of Oprah Winfrey and Steven Spielberg, and a cinematic six-minute trailer starring some of the biggest names in Hollywood, it’s unveiling made expectedly sizeable splashes.

Where previous keynote backdrops have featured product images and specifications, here we had a comprehensive lists of A-list movie stars and award-winning directors.

Without any reference to the features, services or innovations typically imbued into Apple’s launch presentations, it was a reveal reliant on big names, big budgets and even bigger brand equity.

A decidedly talent-fuelled launch striving to out-dazzle the offering of market leader Netflix – echoing similar sentiments from Jay-Z and friends towards Spotify four years prior.

Why Netflix is so popular – and how Apple TV+ can learn

Yet, as was revealed in this year’s World’s Simplest Brands study by Siegel+Gale, Netflix’s resonance with consumers is grounded on far more than big name casting.

While the types of high-quality content Apple is proposing was indeed pivotal to its rise, so too was its seamless UX, originality, cross-device compatibility, and overall breadth of its library.

Within this increasingly-crowded TV streaming landscape, it’s important to recognise how Netflix’s focus on offering something innovative, fresh and simple has cemented it as the go-to platform for millions of users.

As a result, finding new ways to add value and simplify the way we consume entertainment is – for any player – the best method of standing out from the crowd.

Experiences crafted around customer needs will always prove to be the most powerful and resilient.

Looking back, it is here that Tidal failed to connect.

Through focusing its energy on exclusivity, marketing and “making more money for the artists” – rather than creating something truly useful for their audience – the brand felt self-indulgent, alienated, and somewhat elitist.

Apple must avoid being cast in the similar role of greedy market-share gobbler, for fear of deterring audiences in the same way major tech companies‘ late arrivals have in the past.

It’s a perception we’ve seen time and time again – be it Tidal, Facebook’s panned Stories feature, or the now-retired Google+ (a late step into social media that the tech giant would probably rather forget).

Market leadership will continue to stem from new offerings that offer something authentic, useful and truly innovative to audiences.

Beyond the presence and backing of the entertainment industry’s crème de la crème, this is a proposition Apple TV+ must now nail with aplomb.

For, as we’ve seen before, big budgets and star power don’t always equate to success.