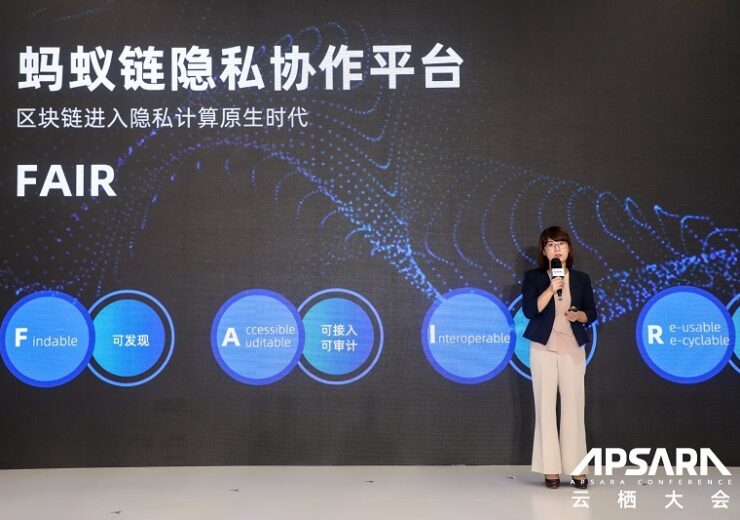 Unveiled at the Apsara Conference 2021 in Hangzhou, China, the blockchain platform and the security chip are designed to ensure the security, as well as, the trustworthiness of data flows within blockchain networks, said the Chinese group.

The FAIR platform is said to integrate privacy-preserving computation (PPC) and blockchain technologies natively in a unified platform. This enables the platform to unlock the value of data flows through their entire lifecycle.

According to Ant Group, the platform is designed to address pain points in multi-party collaboration on data flows, which are becoming very common on the industrial internet.

Ant Group said that by natively integrating the two technologies, compatibility and efficiency can be strengthened greatly, while cutting down costs of deployment.

By utilising hardware innovations and close integration of software and hardware, the FAIR framework is 100 times more efficient than conventional solutions, said the Chinese group.

AntChain technical director Yan Ying said: “Data privacy protection is becoming an underlying requirement in the industry. AntChain believes that privacy-preserving computation should be a native capability for blockchain networks.

The T1 security chip leverages Xuantie E803 high-performance processor IP from T-Head Semiconductor. The new chip will be deployed in AntChain’s hardware products, which include the all-in-one workstations.

The blockchain-powered security chip is capable of hosting a secure execution environment. Besides, it offers a range of security features such as data integrity verification and digital signatures to better ward off software as well as hardware attacks.