Chinese commerce firm Alibaba's artificial intelligence arm A.ILabs has created a hotel robot that could also be used in hospitals, restaurants and offices 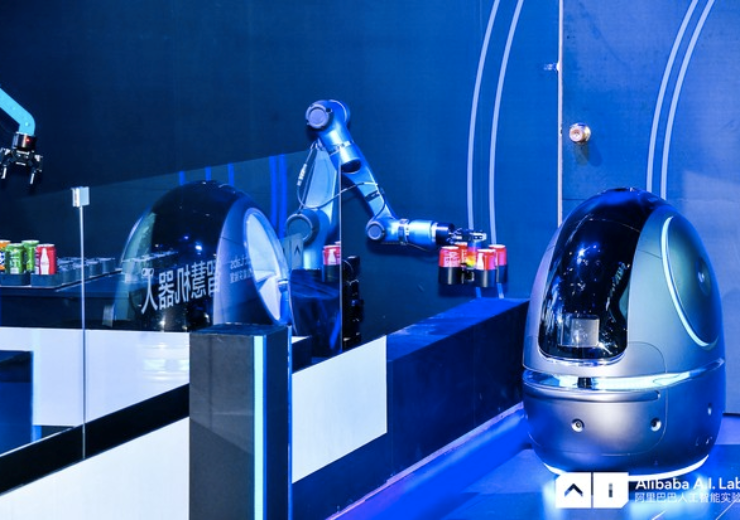 The hotel robot has been developed by Alibaba AI Labs

Room service in China will soon be like clockwork – without the tips – as a tech giant launches a hotel robot as a concierge.

The porter-tron will be capable of anything from delivering meals to guests and returning laundry – while interacting with customers through voice command prompts, touch and hand gestures.

It has been built by Chinese commerce firm Alibaba’s artificial intelligence development arm AI Labs and will be available to hotels from October.

Alibaba AI Labs revealed its hotel robot at the Computing Conference 2018 held in Hangzhou, China – home of the company’s headquarters.

General manager Lijuan Chen said: “We are excited by this tremendous development that is helping us bridge the gap between guest needs and the response time that they expect.

“Alibaba AI Labs’ robot is the next step in the evolution towards smart hotels. In addition, it is solving pain points in the hotel sector, such as enhancing service efficiency, with our leading AI technologies.

“The robot will be the ultimate assistant for hotel guests who want everything quickly and conveniently at their fingertips.”

The hotel robot is powered by AliGenie, the AI software that operates the Alibaba smart speaker Tmall Genie.

Cased in aluminium, the bot will come with multi-sensor data functions, parallel computing, a navigation system and elevator control communications.

It will also be able to verify a person’s ID through facial recognition technology.

Alibaba hotel robot could be moved into hospitals

After trialling whether the metre-tall robot is capable of covering one metre per second at a Chinese hotel, the firm will see if it can function in other hospitality sectors – including restaurants, offices and hospitals.

The International Federation of Robotics said the market for service robots was on the up in a report published last October.

Robotics sales were also forecast at a whopping $27bn in the professional services sector alone over those two years.