Alan Turing is known as one of the pioneers of AI, and his famous Turing test has helped guide subsequent innovation in the field 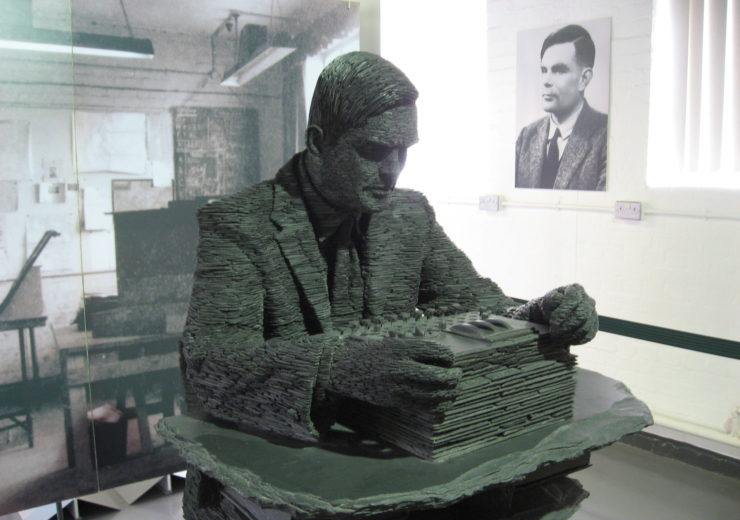 A statue of Alan Turing at Bletchley Park where he was instrumental in the code-breaking effort during WWII (Credit: Jon Callas/Flickr)

As British computer scientist Alan Turing is about to be honoured with his portrait on the UK’s new £50 note, Juniper Networks vice president of enterprise marketing Jeff Aaron reflects on his teachings and predictions that laid the groundwork for AI innovations of today.

We’re living in an increasingly AI-driven world that was first foreseen by Alan Turing decades ago.

Although we’re still yet to uncover the true potential of AI in 2019, the concepts behind its current state of being were addressed by Turing more than 65 years ago.

Only now are we really appreciating his relevance to the field of AI – years after his death in 1954.

Highlighting his importance, it was announced earlier this year that Turing will feature on the new £50 note, which will enter circulation in the UK by the end of 2021.

Alan Turing is called the father of artificial intelligence but even he couldn’t get every prediction right.

He was, however, able to lay the theoretical groundwork for what he called thinking computers, those that exhibit intelligent behaviour equal to or indistinguishable from that of a human.

Here are some of the ways Turing’s thinking has been a springboard for today’s innovators to build on to create the future of computing.

Alan Turing: The father of AI

The search for storage

Alan Turing didn’t invent the cloud but he did identify the conditions in which it would be needed.

In 1947, Turing was already talking about digital computing machines that would ultimately become the powerful AI platforms we have today.

Even then, he knew the hurdle he would have to overcome: The huge amounts of data storage capacity and processing power needed to carry out such intensive tasks.

In a lecture at the London Mathematical Society, Turing described the need for “infinite memory which would be impractical using the infinite tape technology of the day”.

Although the memory we have today may not be truly infinite, the concept of the cloud has shifted the conversation in that direction.

Turing was initially thinking about how the industry could use more advanced versions of the magnetic strips of tape that were the only option at the time.

But eventually, we developed an interconnected network of computers that would give rise to the cloud decades later.

In 1950, Turing predicted that by the turn of the millennium, computers would be capable of responding to human questions in ways indistinguishable from that of other humans.

Strictly speaking, he didn’t get the year exactly right — but what we’re starting to see now is a fulfilment of Turing’s prophecy.

IBM’s AI computer Watson is capable of playing the US TV game-show Jeopardy and is an example of computers being able to answer questions in a similar way to human experts.

Today’s innovators are investing their resources in the bid to achieve a positive Turing test outcome, whereby all computers are able to resolve questions in an identical way to their human counterparts.

At the moment, machines aren’t yet able to pass the strictest version of the Turing test but we’re getting close.

Everything from self-driving cars and advanced robots to image recognition and algorithmic trading are examples of real progress.

While they may not be the end destination in regard to passing the Turing Test, they do represent the ways in which AI is progressing.

Turing envisaged machines learning from humans when in fact we’ve gone one better and developed ways to train machines digitally using labelled data on the internet.

As a result, the success of the machines is reliant on the quality of the data, not the ability of the human programmer.

The threat of AI to jobs

One of the biggest debates in the tech sector today is the concern around smart machines stealing jobs from humans.

Although we’ve had similar concerns in the past – even as far back as the 18th and 19th centuries during the Industrial Revolution – this wasn’t something that Turing explicitly discussed.

Turing saw Artificial Intelligence, as we know it today, as an opportunity for “the centre of gravity of human interest [to] be driven further and further into philosophical questions of what in principle can be done”.

In other words, making the most out of machines to fuel and empower human creativity and innovation.

Turing set the wheels in motion for today’s researchers to think about how they can do the seemingly impossible by evolving from the starting points he initiated in his heyday.

As we prepare to introduce Alan Turing’s likeness to the £50 note, it’s an opportunity to celebrate his achievements and also consider the ways to build on his legacy.

AI has taken a life of its own that even Turing couldn’t have fully predicted and that’s an exciting fact. It’s changing our world for the better and creating opportunities for new innovators to push the envelope.