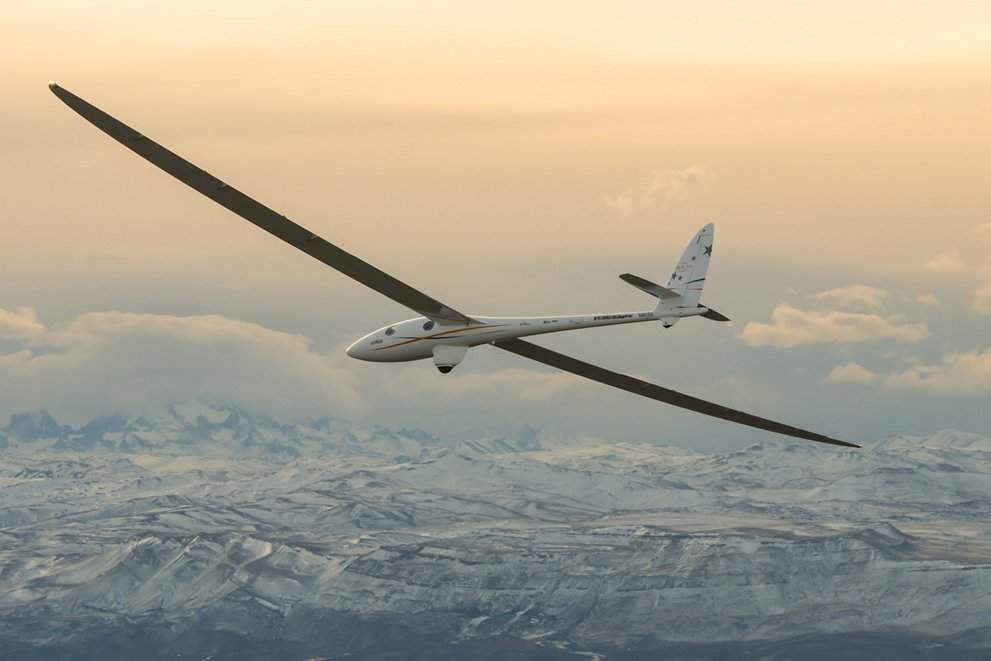 An Airbus glider has broken the altitude record for engineless aircraft for the third time this week – revealing new insights into flight safety and even the prospect of Mars exploration.

Soaring 76,124 ft above sea level, the Perlan 2 flight was operated by pilots Jim Payne and Tim Gardner, and also served as an opportunity to collect data on flight performance, weather and the atmosphere.

The record-breaking event marks the to-date success of the Perlan Project team, a group of volunteers dedicated to flying an engineless aircraft to the very edge of space at 100,000ft.

Airbus CEO Tom Enders said: “World records are gratifying evidence of progress toward a goal, but the goal itself is advancing our knowledge and expertise.

“By exploring an underexplored part of the atmosphere, Perlan is teaching us about efficient high-altitude flight, about detecting natural sources of lift and avoiding turbulence, and even about the viability of wing-borne exploration of Mars.

“As a company that makes not just airliners but also high-altitude unmanned aerial vehicles such as Zephyr as well as the Mars rover robotic vehicle, every Perlan flight is an investment in our future.”

How the Airbus glider stays in the air

The Perlan 2 has no engine, weighs just 1,500 pounds, and flies by riding stratospheric air currents formed by mountain winds.

The glider’s most recent record-breaking flight, one of three this week, was part of the Perlan Project’s second phase, which will continue until mid-September, when the mountain winds in the southern hemisphere begin to abate.

Phase three involves flying the aircraft 100,000ft in the air, an altitude at which the glider will need more advanced wings to cope.

Ed Warnock, CEO of the Perlan Project, said: “This is a tremendous moment for all the volunteers and sponsors of Airbus Perlan Mission II who have been so dedicated to making our nonprofit aerospace initiative a reality.

“Our victory today, and whatever other milestones we achieve this year, are a testament to a pioneering spirit of exploration that runs through everyone on the project and through the organiSations that support us.”