Healx has raised $56m in Series B funding to aid its AI-powered drug discovery mission. NS Business caught up with co-founder Dr Tim Guilliams in November 2018, with his comments reproduced here 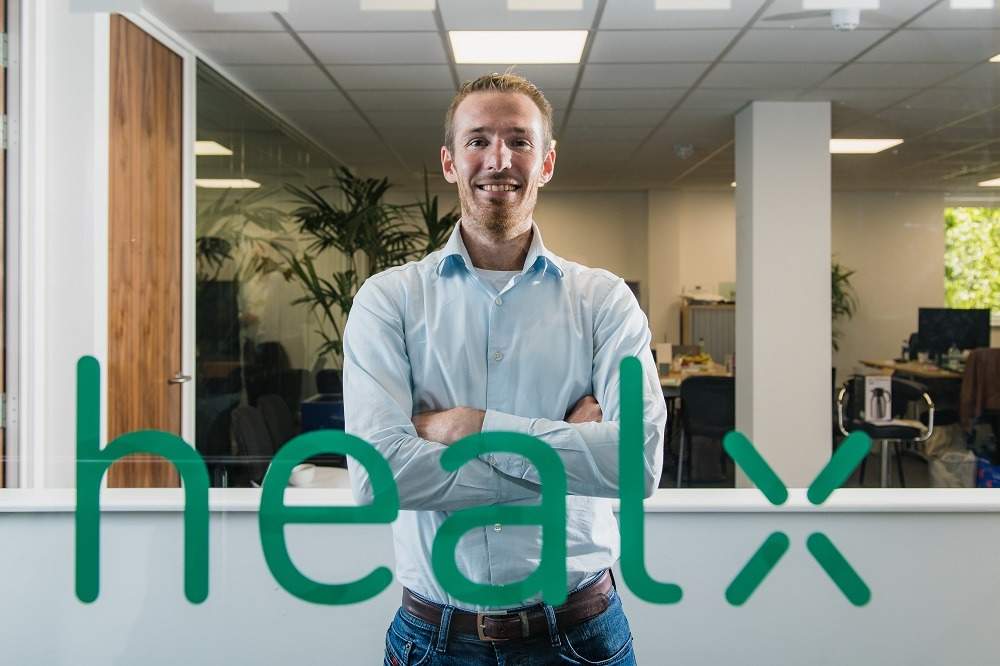 There are 350 million people across the world living with 7,000 illnesses most of us have never heard of but 95% of them don’t have a treatment. A start-up – co-founded by the man who invented Viagra – using AI to cure rare diseases is hoping to change this and has just received major backing, as Sam Forsdick reports.

Unusually, the story of Cambridge-based medtech firm Healx, which has developed a machine learning algorithm capable of matching drugs to rare conditions, begins with weed killer.

Biochemical engineer Dr Tim Guilliams explains that while he and co-founder Dr David Brown – better known as the inventor of Viagra – were researching how technology could cure such ailments, they came across two blogs written by parents of children with rare diseases.

One was Nick Sireau, who has two children with the same rare disease and managed to raise £10m to repurpose a weed killer as a treatment.

It is now in phase three of clinical trials – the final phase of testing.

“He has basically managed to cure and save his kids with a weed killer,” says Dr Guilliams, whose company announced today (16 October) it had raised $56m in Series B funding. “That’s not even an approved drug.”

The other situation they encountered, published in the New Yorker, told the story of Matt Might, whose son Bertrand was born with an ultra-rare disease that affected one in 18 million people – longer odds than getting struck by lightning.

He was told by clinicians that they didn’t know which disease was causing his son to have seizures and liver problems, and the only option was to enjoy the remaining few years with his son.

Instead, he took it upon himself to try diagnose the disease and search for a cure.

Thanks to Matt’s persistence, the NGLY1 deficiency – the condition Bertrand was living with – was able to go from a completely unknown disease to one with multiple treatment options in just six years by finding his own personalised treatments.

Matt and Nick’s stories inspired Dr Guilliams and Dr Brown – former head of drug discovery at Swiss healthcare company Roche – to use their expertise in pharmaceuticals and AI to cure rare diseases, which affect fewer than one in 200,000 patients.

The two doctors set up Healx in 2014 with the aim of turning the entire pharmaceutical strategy on its head.

CEO Dr Guilliams says: “The challenge in the past was that nobody could make the commercial case to develop drugs for rare diseases because it would take 10 to 15 years, cost $2bn and had a 95% failure rate, so you couldn’t justify spending all your time and resources on helping tiny disease populations.”

Their solution was to use advancements in machine learning and AI to cure rare diseases at twice the speed and a fraction of the cost.

Dr Guilliams explains: “On the one hand, we look at all the rare diseases that we’ve curated and classified, and where we believe existing treatments could potentially help.

“On the other side, we’ve done the same exercise for all the drugs and nutrients.

“We then we let algorithms match those up.”

He believes this is a new way of discovering drugs that looks at potential applications of pre-existing drugs.

The first breakthrough with Healx

The rarity of the diseases Healx is looking into means there are no specialist doctors, with the majority of healthcare professionals never having come across them.

Because of this, Dr Guilliams and Dr Brown begin with the patients or their parents, who are often the experts on the disease.

“We’ve demonstrated now a couple of times that this seems to really accelerate the development of treatments,” says Dr Guilliams.

One of the diseases Healx worked on was Fragile X, a rare neurological disease that causes a range of learning disabilities and cognitive impairment.

“We worked with a patient group and in about 15 to 18 months and with $100,000 we managed to identify a couple of combinations of existing drugs that worked pre-clinically and that are now ready to be tested in the clinic,” Dr Guilliams says.

Healx has recruited patients for a trial in the US and, as the drugs are already safe and on the market, they can be accessed by patients much quicker.

Dr Guilliams adds: “For some patients, they could already be trying those drugs by talking to their physician or, if it’s a generic drug, going to Boots and buying it over the counter.

“In that sense we can actually impact people much quicker than normal drug trials.”

Because the bioneurological diseases and rare cancers Healx is trying to cure are so complex, more than one drug is usually needed, Dr Guillams informed.

“With cancer, it’s a cocktail of drugs because it’s much more complicated – it’s not just one drug, one target.”

Despite the pair’s expertise, there are still some potential drug combinations the AI comes up with that takes them by surprise.

“Some of the predictions are obvious, or when you look into them you think, okay that makes sense, because it treats a similar symptom,” says Dr Guilliams.

“But then some of them we literally have no clue and think ‘wow, how has this ranked first as a potential drug?’

“We then break it down and look at the hypothesis and find out why – the most surprising things are actually the most interesting.”

According to the scientist, most drugs have at least two approved applications.

“Viagra is the classic example – the side effect is quite obvious – aspirin is another, which is now being used to treat colon cancer,” he said.

Healx’s own Dr Brown invented Viagra while developing drugs to treat cardiovascular problems for pharma giant Pfizer – before stumbling across the side-effects it had for treating erectile dysfunction.

For that drug, he had to fight very hard to keep the trial going and change the disease it was designed for.

According to Dr Guilliams, what he found so exciting was that “in the past, you needed 2,000 scientists and a billion-dollar budget to get a drug to patients and now, with Healx, we use 20 techies and far less money”.

The company’s budget continues to grow, however, having won a $10m Series A funding round led by venture capitalist Balderton Capital in 2018.

After receiving the Series B round of $56m in October 2019, Dr Guilliams said it would be used to develop a “therapeutic pipeline” and launch a global rare treatment accelerator programme, which will partner with patient groups in an attempt to make rare disease drug discovery more efficient.

The ultimate aim is to get newly-discovered drugs into clinics within two years – a hugely ambitious goal when it can take on average between 12 and 14 years at a cost of up to $3bn.

Of the 30 staff working at Healx, 25 are tech experts specialising in machine learning, bioinfomatics, cheminfomatics and natural language processing.

But, according to Dr Guilliams, the tech is not enough.

“I don’t think we’re at the stage yet where you can replace all the experts with AI – you still need your drug discovery experts, clinicians and patient voice.”

Speaking on the future potential of AI in the healthcare sector, he adds: “There is a lot of hype around AI, and I think it will take a few decades before you replace a lot of the experts.

“It’s more a tool to enhance good judgement from people who really understand the disease but I believe it is absolutely disrupting the space.”

When Dr Guilliams spoke to NS Business in November 2018, Healx had helped bring two drugs to clinic and was looking at another 10 – with the ultimate ambition of helping people suffering from 250 rare diseases.

Dr Guilliams adds: “If you would have said to me four years ago, ‘with $100,000 you’re going to get a couple of drugs for rare disease into the clinic?’ I would never have believed it.”

Yet against the odds, Healx has achieved this – and by using AI to cure rare diseases, has the potential to make an even greater impact.