The GTC Inception Awards are the equivalent of Dragon’s Den for tech start-ups. Some 1,600 tech companies from across Europe entered the competition before being whittled down to a final group of ten that were chosen to pitch their ideas to the judging panel at GTC Europe 2018. Sam Forsdick speaks to this year's winning company, Brighter AI. 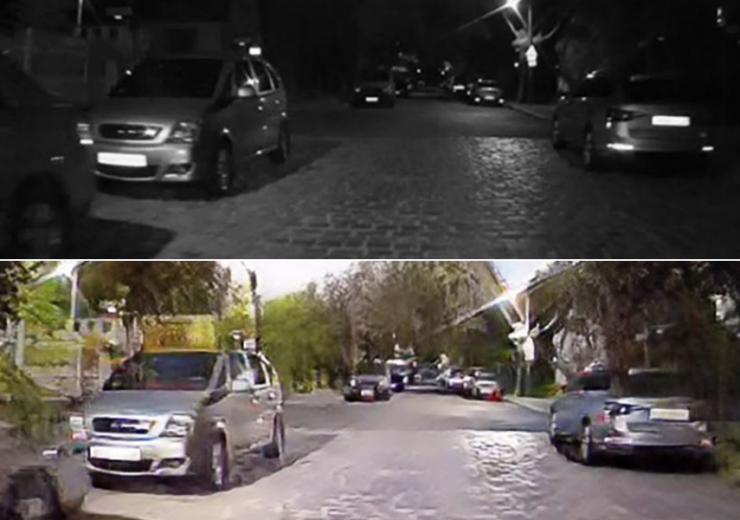 From clearing up the road ahead for driverless car sensors to anonymising people in photographs, an AI photo-processing start-up could be set for big things after winning an industry award.

Berlin-based Brighter AI was named the best start-up implementing artificial intelligence technology from a line-up of ten at the GTC Inception Awards in Munich this week.

In a three-minute pitch to a panel of industry experts, co-founder Marian Glaeser explained its technology could take images captured in bad weather, fog or poor lighting, and clear up the image to “remove impediments”.

On winning the award, Brighter AI will receive $100,000, an NVIDIA DGX supercomputer and will benefit from sales and marketing advice and technical support to help it grow faster and improve the performance of its AI technology.

Mr Glaeser told Compelo: “We were up against extraordinarily good start-ups so we feel very proud to have won this.”

Explaining how the AI photo-processing technology is applied, he said: “What we do is take raw images and apply perception layers on top to make the data better to understand.”

For example, images taken during dark light can be brightened up by its own version of night vision to show clear imagery of objects that wouldn’t be seen otherwise to the naked eye.

The software can also be used during severe weather such as heavy rain or fog to clear up a picture.

So far, Brighter AI has found success working with automotive companies that are collecting a lot of visual data in the development of self-driving cars.

Mr Glaeser added: “The idea sparked with the thought that if AI can improve my vision at night, what would this mean for my driving?

“And if it was bad weather could I use a camera on the car to see completely through fog?”

The importance of this was highlighted by events earlier this year when Uber’s driverless car hit and killed a pedestrian when being tested at night.

Brighter AI was already developing its technology at the time and took the data Uber released from the collision to run through its night vision system.

Currently, Brighter AI is able to improve two to five frames per second, but with improved processing power and optimisation it would be possible to run it in real time on the vehicle.

Mr Glaeser discovered an additional benefit of the technology when EU regulation on data protection was introduced under GDPR.

“We were working with car companies already that were having vision issues and asking us to clear their images,” Mr Glaeser said.

“Then, on 25 May [when GDPR came into effect], they said: ‘Guys we have a problem, we can’t send you the data anymore.’”

“Companies are using more and more data but at the same time privacy laws have become more limiting,” he said.

“The question is how can Europe compete in the international innovation war in the world of AI?”

Brighter AI believes it has the answer with its AI photo-processing software.

Other start-ups that pitched at the GTC Inception Awards included:

The GTC Inception Awards were started three years ago by computer chip maker NVIDIA to help and nurture start-ups working in the world of AI.