Speaking to NS Business, industry expert Wael Elrifai also believes as a need has disappeared for humans to do certain tasks, free time has increased 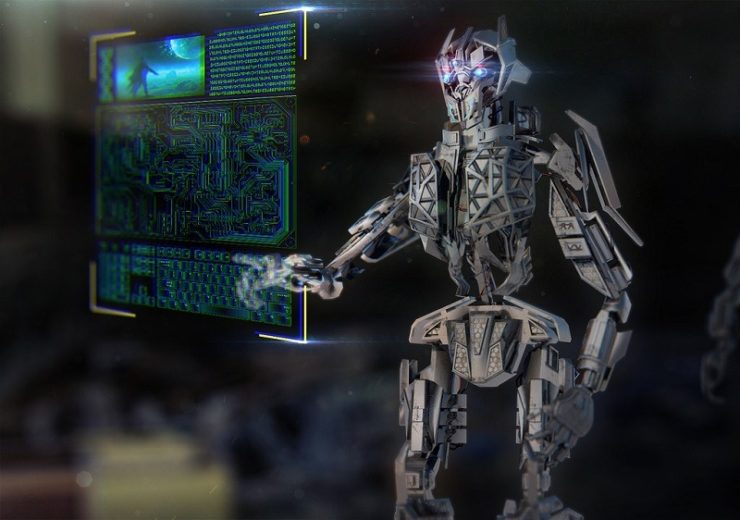 Wael Elrifai believes the mass introduction of this technology could change the commercial society we currently live in (Credit: Pixabay)

As AI takes and increasingly strong hold in the global economic society, the role of humans and how we nurture the tech’s ethics could see mankind adjusting to a new world order. Pentaho global vice-president of solution engineering Wael Elrifai talks to Thom Parker about the challenges and benefits that lie ahead.

The embedding of AI in the economic system could have huge implications on what people compete over in the future and it’s unlikely to be for the better, according to industry expert Wael Elrifai.

Job displacement due to AI and machines has been the subject of multiple studies and surveys, beginning in 2013 when a pair of Oxford academics estimated 47% of American jobs are at “high” risk of automation by the mid-2030s.

It’s also estimated AI, robotics and other forms of smart automation could contribute as much as $15tr to global GDP, according to a study by analytics company PwC.

Speaking to NS Business, Pentaho global vice-president of solution engineering Wael Elrifai believes the mass introduction of such technology could change the commercial society we currently live in.

He said: “I think the deployment of powerful AI could upend in the entire economic system everywhere.

“I think in the long-term if everybody had perfect information, productivity costs were very low, food was essentially free, the things that we’ll compete over are different, and I think it’s unlikely to be for the better.”

Alongside his work for Japanese technology firm Hitachi, Elrifai is on the board of the Alliance for the Internet of Things Innovation (AIOTI).

Initiated by the European Commission in 2015, AIOTI was created to strengthen the dialogue and interaction among Internet of Things (IoT) players in Europe, and to contribute to the creation of an IoT ecosystem in the bloc.

Currently, the group is developing an AI ethical framework, focusing on various branches of the technology. First to be tackled is that of supervised learning and exploring how to remove bias from the process.

“You have inputs, you say, ‘these are my inputs, these are the outcomes I want to learn from’,” explained Elrifai.

“’I want to build a system that can automatically do that for me’.

“The problem, of course, with supervised learning is if you train it with biased data, it’ll give bias results.

“So if you have a racist doing the hiring, and you train the model on your past hiring, you’re going to continue to have racist hiring.

“This issue going to be a tough one to tackle, but there are frameworks in place for how to check whether data is biased.”

The second branch being investigated by AIOTI surrounds the ethics of machine learning and specifically issues arising from life and death situations, such as the infamous “trolley problem”.

This is an ethical experiment looking at a runaway trolley hurtling towards five incapacitated people on a track, with someone standing next to a lever that controls the switch to divert it to an adjacent track.

If the person pulls the lever the five people are saved, however, there is one single person lying on the second track, the question is, what is morally right?

Elrifai believes the discussion of ethics when it comes to morality gets more attractive when a person is forced into a position of actively putting a life at risk to save another.

“It gets interesting when you are the person on top of the bridge, the trolley goes underneath to the track with a bunch of kids on it, and you’re standing next to a huge fat man,” he explained.

“You know that if you push him in front of the train, it would stop it and save the kids’ lives.

“People, however, won’t do this because we have an inbuilt aversion of creating these kinds of conflicts. We have to wrestle with this really nasty problem on what we programme an AI to do in this situation.

“Do we design machines to our ethics systems?”

Elrifai believes it is possible to build these ethics into AI systems if we can understand our own ethical framework.

He said: “The problem is we don’t have a deep understanding of our ethical framework, we have to face these difficult questions, and we’re going to have to make that decision. How do you decide who dies?

“Not making the decision is still making a decision.”

With the global population expected to grow to nearly 10 billion people by 2050, increasing pressure will be piled on the agriculture sector to provide sufficient quantities of food.

To meet those needs, a 2017 study in the journal Bioscience suggests food production would need to increase by anywhere from 25-75% by 2050.

One way some agricultural professionals are looking to achieve such growth in production is by using IoT technology.

Elrifai believes the introduction of IoT in this sector could make the most basic staple food more affordable.

He said: “Now, even the most conservative estimates suggest that we’re going to be able to see at least a 70% boost in agricultural output in the next 10 years because of IoT technology.

“This is important because it’s not that we’re going to get nicer artichokes or something, this is the basic sorghum, basic staple foods being available at an affordable price for the least among us.”

One area which could see improvement through IoT is predictive maintenance, which could make supply chains more cost-efficient.

“I live in central London, if the cost of my milk goes up a little bit because of a poor supply chain on these huge ships, I don’t notice,” explained Elrifai.

I didn’t grow up in central London, I was born in Northern Lebanon, I was living in the middle of a war zone, where the food is coming in on container ships provided by aid money.

“And if the cost went up by 10%, people ate 10% less, and if you eat 10% less do you have 10% worse outcomes? No, it’s not linear, you get much worse outcomes, so the changes IoT’s going to bring in agriculture will reduce this.”

As the use of IoT in agriculture grows, Elrifai believes the cost will go down.

He said: “From a theoretical perspective of economics, long-term profits in any industry are zero.

“Eventually, things will become democratised, that benefits consumers, so these technologies like predictive maintenance, agricultural optimisation, these will be globally transformative.”