How AI in payments is being used by Amazon and Mastercard 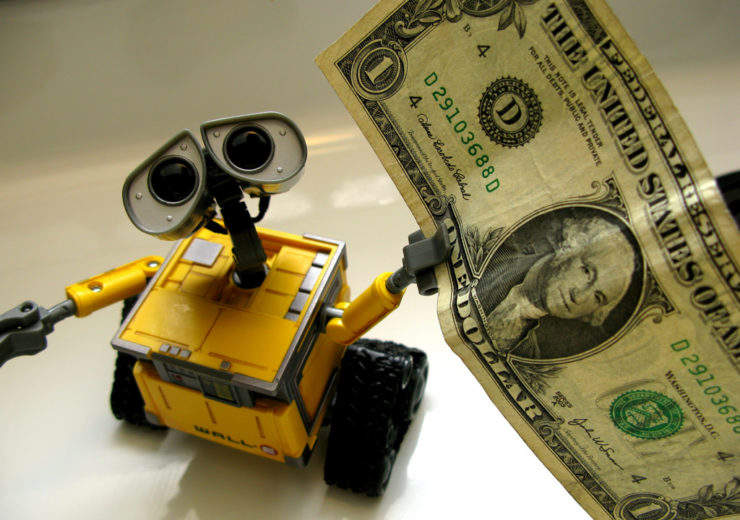 Artificial intelligence is creating new opportunities for businesses in the world of healthcare, IT and manufacturing – and now retail is catching up by using AI in payments to make it easier for us to part with our hard-earned cash.

The power of machines is being used by the likes of Amazon and Mastercard to streamline payments through instant verification and voice recognition.

Sam Murrant, senior payments analyst at analytics firm GlobalData, says: “The focus of the payments discourse has turned to AI in force this year, but unlike the hype around cryptocurrency and mobile payments, the big players are putting their money where their mouths are.

“With Amazon and Mastercard talking today about their use of data-driven AI in commerce and fraud prevention, respectively, it’s clear that not only is AI the talking point of the day, it is also a change that is actually happening in the market.”

We look at how both companies are using AI in payments.

How Amazon is using AI in payments

Online retail giant Amazon has been a strong proponent of “naturalistic payments” that don’t require entering passwords or using a device – making it even easier for “Amazon addicts” to purchase online.

Mr Murrant says: “In payments specifically, Amazon is looking to create a more ‘naturalistic’ payments journey based on conversation, with the Amazon Payments skill for its voice recognition-based AI assistant Alexa.”

E-retailers that use Amazon’s payment system and merchants that already advertise on the Amazon website can let customers use voice commands to make a payment without having to switch to another device to input their card details.

Speaking to PYMNTS.com last year, Amazon Pay’s vice-president Patrick Gauthier said: “Voice is instant, conversational and efficient – there’s no fishing out a device to open an app, just speak, and your wish is Alexa’s command.”

For those tired of queuing for the checkout, Amazon has also developed Amazon Go, which removes the need for tills entirely.

The store uses computer vision, deep learning algorithms and sensor fusion – similar to the technology found in autonomous vehicles – to keep track of what has been added to the customer’s bag and charges them, via an app, as they leave the shop.

Amazon Go stores are already available in Seattle, Chicago and San Francisco with Sainsbury’s testing out a similar “shop and go” technology in London.

How Mastercard is using AI in payments

Mastercard is one of the world’s most widely used credit and debit card providers, posting net revenues of $12.5bn for 2017 – a growth of 16% from the previous year.

The company’s latest partnership with Microsoft is aimed at improving the way people manage their online identity.

Together, they are exploring methods of instant verification online to replace the need for passwords and security numbers.

Ajay Bhalla, president of cyber and intelligence solutions at Mastercard, says: “Today’s digital identity landscape is patchy, inconsistent and what works in one country often won’t work in another.

“We have an opportunity to establish a system that puts people first, giving them control of their identity data and where it is used.”

They propose that a single digital identity that can be used across e-commerce sites, government services and digital services, such as email, social media and streaming services, will help improve access and prevent fraud.

Another example of innovation in payments, pioneered by Mastercard, is the biometric card that allows cardholders to register a fingerprint to authenticate a transaction.

Mr Bhalla adds: “If data is the oil that powers the digital economy, artificial intelligence is the refinery.

“For companies looking to take advantage of the technology today, AI Express offers quick results along with the know-how to move forward with a full-fledged artificial intelligence deployment.”

Why is AI being used in payments?

Mr Murrant concludes: “Both of the use-cases for AI show how the technology can enable the creation of more seamless online payment experiences.

“Convenience, particularly in e-commerce, is highly important to consumers.

“Automating as much of the online payments journey as possible via AI – whether replacing the screen-based browsing with a conversation with Alexa, or replacing the password authentication with a behaviour-recognition algorithm the user never even need see – will greatly boost growth in this market.

“The AI revolution seems well underway and its progress now is simply a matter of iterative improvement on existing models.”