In search of the perfect AI beer: How artificial intelligence is disrupting Japan’s brewing industry 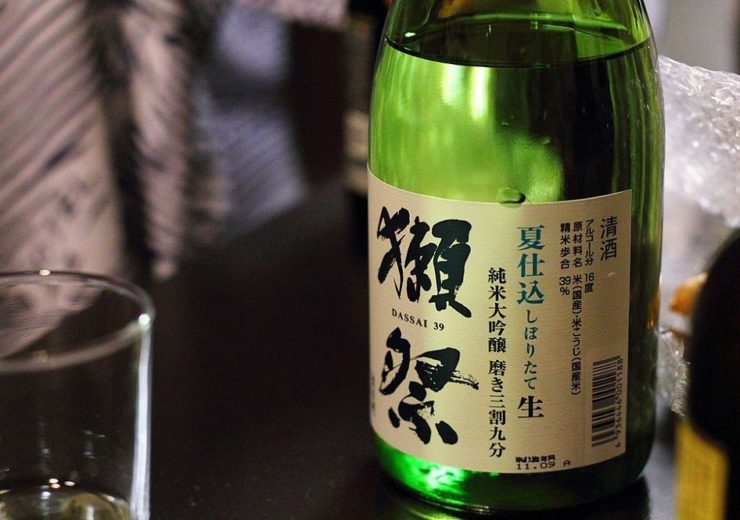 AI is now being used in the brewing process of Dassai, the Asahi Shuzo brand of sake - the national drink of Japan (Credit: T-Mizo/Flickr)

Artificial intelligence has already had a big impact on the likes of manufacturing and banking – and now the brewing industry is the latest to be disrupted as companies search for the best AI beer.

The first craftbot to arrive on the scene is believed to have been London start-up IntelligentX Brewing Co, which launched in 2016.

Drinkers can try one of its four beers, give feedback on the Facebook Messenger app and the brewery will use algorithms based on a customer’s answers to adapt beer recipes tailored to the individual.

Since then, a number of other breweries have taken on the task of creating the perfect AI beer – with Japan’s two global lager brands leading the way.

In April last year, Japanese brewery Asahi Shuzo and technology company Fujitsu teamed up to develop an AI model for the brewing of Japanese national drink, the rice wine saké.

Asahi Shuzo claims its investigation into the use of AI is a response to Japan’s ageing society and resultant shortages in the labour market.

Following the trial, it is hoped the AI model will be able to make decisions during the brewing process based on the temperature during fermentation, and the weight and proportions of different ingredients.

Announcing the trial last year, Asahi Shuzo and Fujitsu said they planned to use the results “to further the practical usage of AI in the saké brewing process, with the goal of creating consistent, high quality saké”.

Kirin is developing an AI beer

Kirin, the second largest brewery in Japan behind Asahi, has also begun utilising AI in its brewing process.

In 2017, the company first trialled the use of AI in its breweries to determine the correct methodology for the desired flavour, aroma, colour and alcohol content.

The machine learning-based algorithm will analyse 20 years’ worth of data to create more efficient brewing processes and replace professional brewers – which Kirin claims could take years to hone the same skills.

Should other brewing companies be looking to develop an AI beer?

Using AI for personalisation is becoming the norm in many other industries – think Netflix’s recommended TV shows to watch or targeted adverts on Facebook – and brewing is gradually becoming the latest adopter.

According to data analytics company GlobalData’s 2018 Consumer Survey, 38% of consumers in the Asia-Pacific (APAC) region said they were “often influenced” by how enjoyable or unique the product is when purchasing an alcoholic drink, with 26% saying they were “always influenced”.

Consumer insights analyst Shagun Sachdeva says: “Technologies such as AI and machine learning are shaping a new era of personalisation, giving rise to new products and functionality in the food and beverage industries.

“As the field of AI continues to grow, leading breweries in APAC are embracing the latest technologies to create better customised taste combinations and ensure higher-quality products that meet food-safety regulations.”

But despite the growing trend in Asia, she issues a warning to other brewing companies that may want to follow a “costly” trend.

Ms Sachdeva adds: “Brewers contemplating incorporating AI in their operations must understand the challenges that come with its adoption.

“With cost being the leading factor, brewers need to be ready with deep pockets.

“Another challenge is whether to build in-house technology or buy it.

“Even when the brewers find the perfect vendor, another obstacle will be integrating and using the new AI technology with the existing system.

“On top of that, in a competitive market environment where companies are known to guard their secret recipes fiercely, analysing AI solution would be just as good as looking at a black box without understanding how this technology is adding value and how sustainable that value-addition is.”