The computer software major expects the web-based, multi-player capabilities of Figma to expedite the delivery of its Creative Cloud technologies on the web to make the creative process more productive as well as accessible to more users 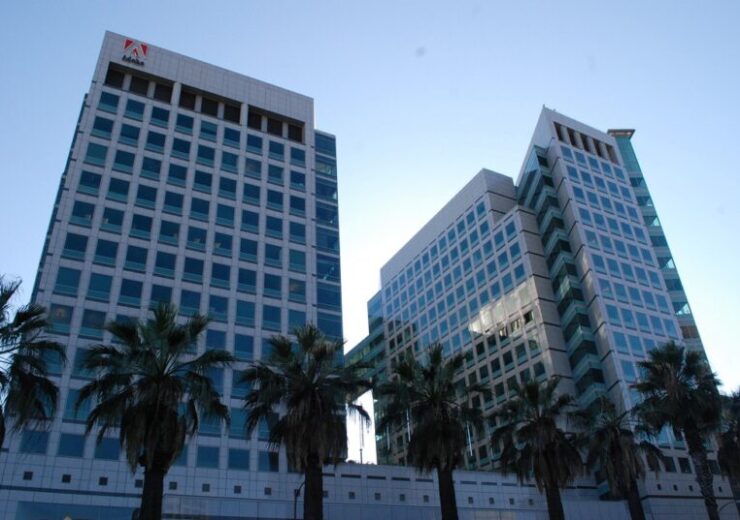 Figma to be acquired by Adobe in a $20bn worth cash and stock deal. (Credit: Adobe)

Adobe has agreed to acquire Figma, a web-first collaborative design platform, in a cash and stock deal worth around $20bn.

The consideration is made up of nearly half cash and half stock.

Figma was founded in 2012 by the duo of Dylan Field and Evan Wallace with an aim to make design accessible to everyone.

It serves as a collaborative web application that is said to help those who design interactive mobile and web applications to collaborate via multi-player workflows, design systems, and a developer ecosystem.

Field, in a blog for Figma, wrote: “My goal is that we look back at this acquisition as an inflection point where Figma started building even faster. Yes, we want to expand into new areas over time, but we also want to continue making Figma Design, FigJam and the Figma community platform even better.”

Adobe said that post-acquisition, it will have a huge, fast-growing market opportunity and capabilities to bring considerable value for shareholders, customers, and the industry.

Adobe chairman and CEO Shantanu Narayen said: “Adobe’s greatness has been rooted in our ability to create new categories and deliver cutting-edge technologies through organic innovation and inorganic acquisitions.

“The combination of Adobe and Figma is transformational and will accelerate our vision for collaborative creativity.”

Adobe expects the web-based, multi-player capabilities of Figma to expedite the delivery of its Creative Cloud technologies on the web. This will make the creative process more productive as well as accessible to more users, said Adobe.

Adobe claimed that Figma’s total addressable market by 2025 will be $16.5bn. The latter is anticipated to add nearly $200m in net new annual recurring revenue (ARR) this year to cross $400m in total ARR exiting 2022.

The deal, which is subject to regulatory clearances and approvals along with other conditions such as Figma’s stockholders’ approval, is expected to be wrapped up in 2023.