A report by the Ericsson ConsumerLab says the roll-out of 5G could create numerous use cases for consumers, including AR immersive experiences in sports stadiums and 5G TV services that disrupt the $500bn broadcasting market 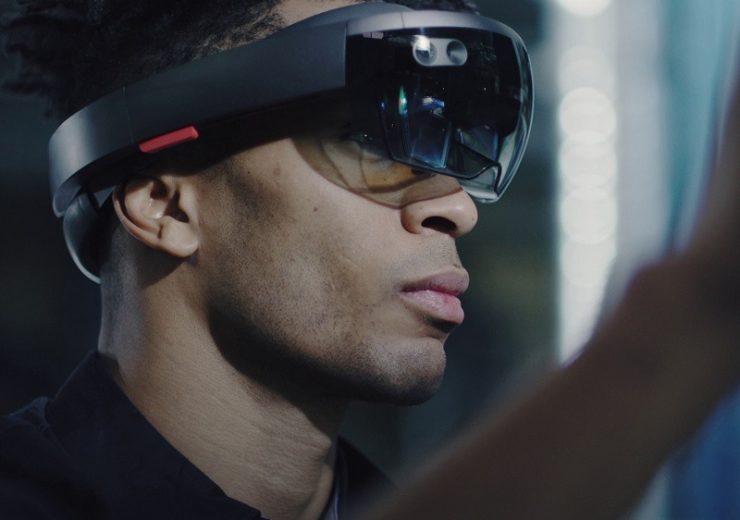 From a world in which everyone wears augmented reality glasses to signals that rarely cut out no matter where you are, the roll-out of 5G could have a transformative impact for consumers.

While many people question what impact it will truly have in an age when 4G seems to do the trick, a new report by telecoms giant Ericsson has cast a spotlight on the new uses cases the next-generation connectivity could bring.

Until now, most research on the technology has focused on how 5G could help to speed up the development of the fourth industrial revolution through innovations such as automated factories.

But Jasmeet Singh Sethi, head of ConsumerLab at Ericsson Research, says: “A lot of the statements from operators and industry analysts from the past two or three years suggests that the common presumption is 5G is for Industry 4.0 as the low latency will drive innovation in the B2B space rather than for consumers.

“Despite this narrative, it’s consumers who are getting the first use of 5G, particularly in South Korea and Switzerland, so this is where a lot of the opportunities are.

“That means the industry hasn’t been able to clarify what the benefits consumers might see beyond sheer speed are. So we wanted to highlight the consumer benefits too.”

With that in mind, Ericsson’s ConsumerLab team has published the 5G Consumer Potential report to bust “industry myths” surrounding the technology’s value and outlines the opportunities 5G creates for consumers.

Researchers at the company, which is involved in installing some of the world’s 5G network infrastructure, interviewed 35,000 smartphone users aged 15 to 69 in 22 countries to collect a sample that it believes represents the views of almost one billion people on the consumer value of 5G – with four key findings.

Myth one about 5G for consumers: There are no near-term benefits

Six in ten people in megacities have experienced such problems and would welcome 5G deployment, while half of smartphone users in South Korea and Australia – plus two in five in the US – claim mobile broadband speeds aren’t fast enough.

He points out how just 1.5% of UK households have fibre-optic internet connections – which offer much faster speeds than DSL broadband and cable with up to two gigabits per second – and 5G could help supplement current slower connections.

Mobile operators, meanwhile, may choose to adapt their packages to include 5G alongside home broadband in bundles.

“The UK in particular is lagging behind immensely and, while the government has prioritised improvements, even if it starts to aggressively build fibre, it will still take time,” says Jasmeet.

“In the meantime, consumers are saying there should be more viable home broadband alternatives because one in three are struggling with poor performance now because the number of screens in a household has increased to an average of six.

“Operators could have an offer that includes a little 5G radio tower on your window to supplement cable access, and even make it a complete package by including mobile.”

Myth two about 5G for consumers: There are no real use cases for 5G or a price premium

While businesses are eyeing up the possibility of bringing robots to the factory floor and enabling “augmented technicians” to remotely guide colleagues in repairing important equipment, the potential use cases of 5G for consumers isn’t so clear at first glance.

Most consumers expect to see these use cases enter the mainstream in the next two to three years, with 67% willing to pay for them.

One of these is 5G TV – an ultra-HD television service for watching broadcasts over a 5G mobile network rather than traditional cable, satellite or purely fixed broadband methods.

Such an increase in network performance, portability and efficiency could cause huge disruption to the $500bn (£387bn) broadcasting industry and accelerate cord-cutting in homes.

Another potential innovation could be in creating immersive sports experiences in stadiums.

“Imagine being able to pick up your smartphone and point it towards players when a free-kick is about to happen and, with AR capability, it brings up some stats about the probability of them scoring and how many times a free-kick from that angle has resulted in a goal,” says Jasmeet.

“All this needs near real-time precision. As soon as you pick up your phone, the on-field cameras need to be able to recognise the player, while there’s also a machine learning element to show the positioning of the player and angles.

“Eventually all this data is crunched in the smartphone and all this needs to happen in milliseconds because, otherwise, you’re destroying the immersive experience as the free-kick has already been taken.

“That’s why you need 5G and we think sport is an area where consumers won’t mind paying for services where they could get the edge on understanding it in a better way.”

The immersive experience could be replicated outside stadiums, too, with Jasmeet suggesting the prospect of viewers buying on-demand passes to watch games from just behind the goalposts, for example, and feel part of the crowd.

Ericsson’s research suggests there’s a market here, with smartphone users willing to pay a 20% premium for 5G – and early adopters as much as 32%.

Four in ten of the high spenders will expect new apps and services such as these in their 5G plan.

Myth three about 5G for consumers: Smartphones are the only solution for 5G

It was in 2007 when Steve Jobs changed the world as we knew it as he unveiled the first iPhone.

The smartphone has been king in technology ever since but it may not be so important in the future, according to Ericsson’s study.

That’s because 43% doubt whether today’s smartphones can best take advantage of 5G and believe they should evolve, with four in ten expecting foldable screens, holographic projection and 360-degree cameras in the future.

Half of consumers agree smartphones will still exist but think we will all be wearing AR smart glasses – which could project digital content on top of the real-world environment – within five years.

Jasmeet says: “When they look at a five-inch screen, they wonder how much 4K video and other features are going to be visible, so they’re starting to doubt whether the smartphone is the sole solution for 5G.

“It’ll still exist but it won’t be the central entertainment screen or keyboard in your life. It’ll stay in your pocket and the screen will move from the palm of your hand to your head.

“So you’re activating 5G as you walk down the street, in a stadium or in a shopping centre. Eventually, 5G won’t be a good-to-have but a must-have because everything needs to happen in real-time.”

Although smart watches have been widely adopted in recent years, not all wearable technology has taken off.

The 3D glasses craze was short-lived despite the content being available and the Google Glass innovation was dropped.

Many may then question whether consumers will have the confidence to wear AR glasses but Jasmeet says there were “promising” designs unveiled at the Mobile World Congress expo in Barcelona earlier this year.

“They don’t look like geeky glasses,” he says. “The battery life is also improving so I can see a time when the smartphone becomes the hub for computing and all these glasses have an embedded SIM card to communicate with the cloud.”

With all these potential new 5G consumer use cases, mobile data usage is expected to increase substantially.

Consumers will spend another three hours each month watching video content – including an hour on AR and VR services – according to Ericsson, resulting in data usage rising by ten-fold to 200GB for one in five users.

This means mobile operators will be expected to respond with greater flexibility in their data plans.

Jasmeet says: “We need to see a different charging model. In the UK, Three is the only operator to have an all-you-can-eat offer and everyone else has a bucket model.

“But we think 5G will be the end of that because if consumers are going to be expected to use these different services and apps, it would be ridiculous to put a cap on it.

“It may be a service-based approach where you buy for pay-per-view or pay-per-session, which is when you need a more flexible approach to pricing.

“What we foresee is that operators will have to rethink their commercial monetisation approach because the models that have worked in the past may not work in the future.

“Consumers don’t really understand megabytes and gigabytes – they’re looking for a sense of unlimited, which gives them freedom to start using these services without thinking about data usage.”